What we learned from selling a blockchain service to African governments 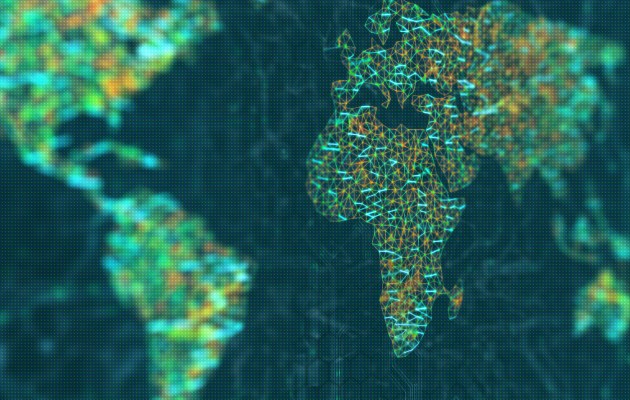 p id=”speakable-summary”>A major attraction of Africa is its large population of 1.2 billion, which hints at a sizable addressable market. But what happens when your target audience is the governments of 54 countries?

In our situation, that was the case. We started Domineum Blockchain Solutions with the intention to help African governments solve problems with shipping and keeping records.

We knew it’d be hard work, but didn’t anticipate that getting our first customer would be the most difficult part.

It’s typical when entering Africa to want to focus on the big and popular markets like Nigeria, South Africa and Kenya. But what we’ve learned so far is that there’s a high probability that these countries might not be your first entry point.

Our first product was a cargo service that tracks shipment origin and movement and determines the contents of goods being imported or exported in any country. We built this to solve the problem of lost revenue due to shipments being passed through informal backdoor channels.

With our focus on sub-Saharan Africa, we approached four countries in 2019: our home country of Nigeria, plus Kenya, Gambia and Guinea-Conakry.

We started this conversation and didn’t get a substantial response from the four countries’ governments. They weren’t open to trying out our solution — it was new and they weren’t familiar with blockchain technology. Distraught, we decided to add a smaller country to our list: Sierra Leone.

The Freetown seaport, located in the country’s capital, is the main gateway for trade in and out of Sierra Leone, with 80% of trade passing through this port. The port has a long history as a trading hub and benefits from the country’s strategically important location midway between Europe and the Americas.

But Freetown isn’t one of the top ports in Africa or even sub-Saharan Africa; a fraction of a percentage point of the world’s trade shipment flows through its ports. The small African country, with about 0.1% of the world’s population, exports diamonds, cocoa and coffee and imports food, machinery and chemicals.

Notably, it faced big challenges in shipping these products in and out of the country. A Sierra Leonean supply chain manager described this situation, “We used to face big challenges during the export process. There would be long delays at the port. Our trucks would arrive before midnight and could be stuck in queue for hours, even days. The documentation process was so complicated.”

According to the World Bank, Sierra Leone’s “trade challenges can be attributed to several factors: lack of access to trade information; high levels of physical inspections; multiple fees, licenses, permits and certificates; manual processes; and the lack of coordination among agencies.” Domineum set out to solve this.

Our initial conversations with the Sierra Leone government went well. Fortunately, Sierra had developed a five-year plan (2018-2023), supported by the World Bank Group, to reduce the time and costs needed to move goods across its borders. The goal is to reduce trade costs by 10%. After three months of discussion, our cargo tracking system was implemented.

In late 2019, we started this partnership, and so far we’ve been able to capture $2 million in revenue that would have been lost. The business model is simple: We get a 40% commission out of extra revenue we’re able to capture for the Sierra Leone government via our cargo tracking system.

It’s typical when entering Africa to want to focus on the big and popular markets like Nigeria, South Africa and Kenya. But what we’ve learned so far is that there’s a high probability that these countries might not be your first entry point. A business-to-government model is a difficult one. There’s a lot of politicking that goes into working with the government.

The success of Sierra Leone got us rethinking the services we were offering. The initial conversation started with a cargo tracking service, but then we wondered if we should offer a different service to countries that said no at first.

We identified that land registration was a common problem in Africa. More than 90% of rural land in Africa is undocumented and therefore vulnerable to land-grabbing. This hampers the growth of agriculture and other sectors because land is lost to other parties or taken forcefully by the government during times of conflict.

We returned to these countries, offering other services like land ownership registration via blockchain. We got a positive response from a state government in Nigeria to carry out a pilot program. We’re optimistic that once this pilot phase is over, we’ll be able to seal the next business deal.

What’s it like working with African governments? It’s a smaller addressable market. If you’re looking to pitch a product or service to governments in Africa, it’d be helpful to keep in mind that your first customer might be from a smaller country.

To seize other opportunities, we’ll keep looking to expand to other African countries with this mindset.