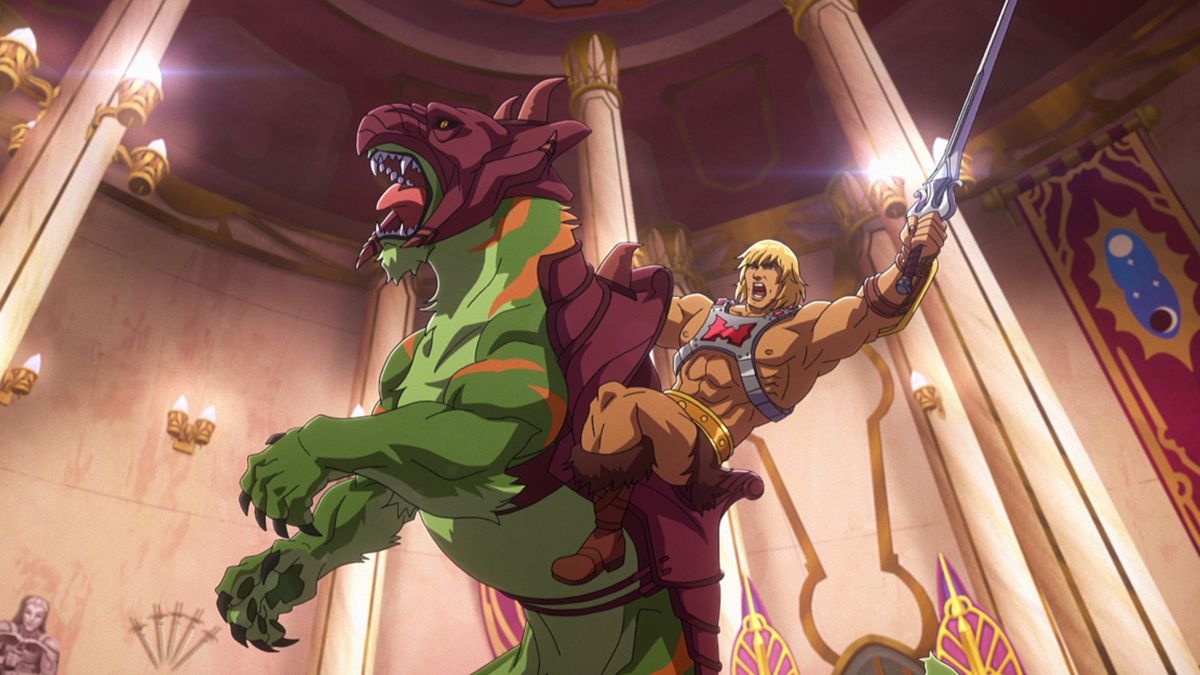 In an effort to make things easier, we’ve hand-picked the best new shows and movies to watch on Aussie streaming platforms this week, covering the likes of Netflix, Disney Plus, Binge, Foxtel Now, Stan, Apple TV Plus and Amazon Prime Video.

Below, you’ll find a list of this week’s highlights, with binge-worthy new shows sitting alongside some great big-budget new movie arrivals – and a couple of oddball left-of-field entries, just for some variety.

The big new shows and movies this week include Netflix’s Masters of the Universe: Revelation, Disney’s Turner and Hooch series, and the horrifyingly brilliant reality series Sexy Beasts. Here are our streaming picks for the week of July 19-25, 2021.

By the power of Grayskull! He-Man is back with a brand new series from Kevin Smith (Mallrats, Chasing Amy) and the same animation studio behind Castlevania and Blood of Zeus. Join He-Man (Chris Wood), Teela (Sarah Michelle Gellar) and the rest of the Masters of the Universe gang as they battle against the nefarious Skeletor (Mark Hamill) for the fate of Eternia!

Stream Masters of the Universe: Revelation on Netflix

Netflix’s latest reality series, in which contestants attempt to find true love while heavily disguised in horrifying creature and animal-themed costumes, could end up being either totally brilliant or an absolute car crash of a show. There’s only one way to find out!

One of the most under-the-radar shows on Netflix, The Movies That Made Us takes a a humorous and exceedingly entertaining look at those seminal classic films of the ’80s and ’90s that many of us grew up on. This season, which has all the making of the best season yet, will feature Back to the Future, Jurassic Park, Pretty Woman and Forrest Gump.

Stream The Movies That Made Us on Netflix

Set 30 years after the original Turner and Hooch, this new Disney Plus original series sees detective Scott Turner (Josh Peck, playing the son of Tom Hanks’ character from the movie) inherit a rescue dog from his late dad that’s said to be “almost like the original Hooch came back.” Expectedly, the messy mutt turns his life upside down at the outset, but we expect the pair will become best friends before the end of the show’s first season.

Stream Turner and Hooch on Disney Plus

Inspired by the late Evel Knievel, stuntman Eddie Braun attempts to recreate the stunt that his idol was never able to complete – a rocket-powered jump across the mile-wide chasm of the Snake River Canyon in Twin Falls, Idaho.

Stream Stuntman on Disney Plus

After an excellent first season, BBC’s Amsterdam-set detective series Baptiste returns for season 2 this week on Binge. Expect a brand new mystery in this wonderful spin-off of the equally great show The Missing.

The excellent Apple Original series Physical is heading towards the home stretch this week, as Sheila pays a visit to her parents in an effort to squeeze them for the money she desperately needs in order to main her husband’s political campaign.

Stream Physical on Apple TV Plus

From producer Michael Bay comes one of the most high-profile Covid-related movies released to date in Songbird, a dystopian sci-fi thriller that follows several people who live in a heightened version of current situation. One of these people is an immune bike messenger (Riverdale’s K.J. Apa) who tries desperately to get his girlfriend’s family an immunity wristband before they are taken away to a quarantine camp and left to die.