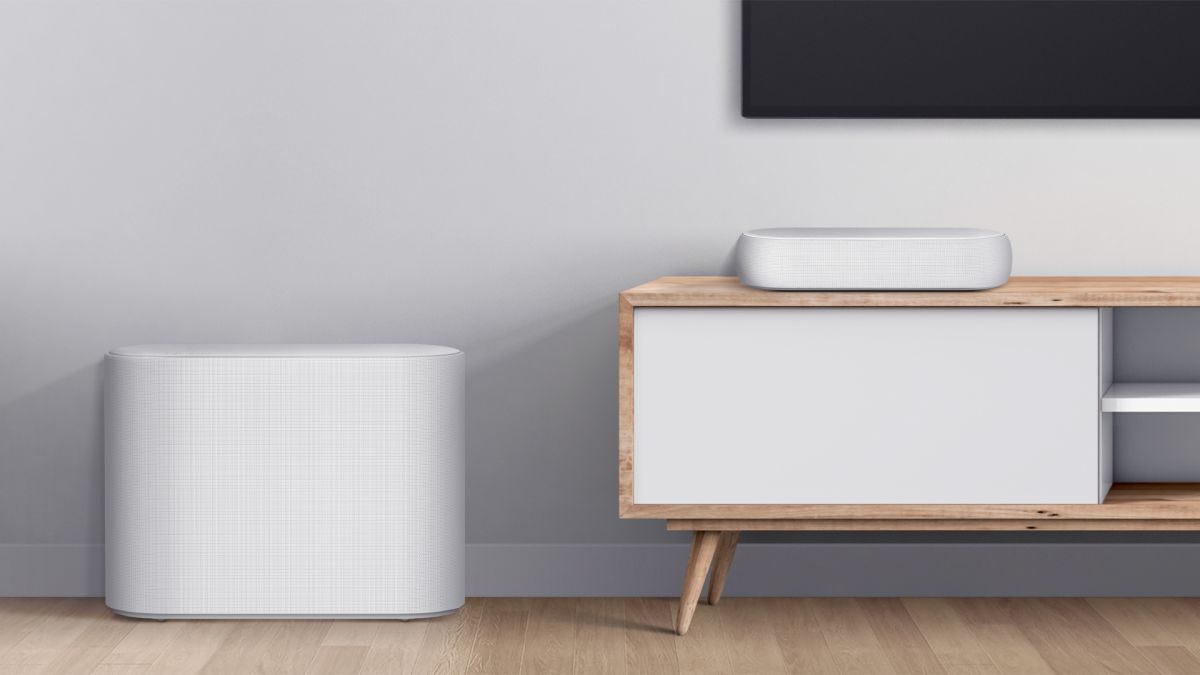 The LG QP5 Éclair soundbar has now launched in the US, having been announced at CES 2021 back in January. Available in black and white, this bite-sized device could open up home cinema possibilities for those with a small amount of space, or for anyone that doesn’t want their soundbar to take over their entire living room (if you can afford it, that is).

The Éclair’s retail price is a little surprising, considering its pint-sized build, costing $596.99 in the US. If you’re outside the States, LG has said that it will be rolling out to other territories, but is yet to confirm a worldwide release date. When it does launch globally, you can expect it to cost around £439 / AU$819.

Despite its compact build, though, it looks like the Éclair isn’t skimping on premium features. The soundbar boasts support for Dolby Atmos and DTS:X audio codecs, a 4K passthrough for truly high-definition audio, and has a subwoofer built-in with Meridian audio tuning.

It’s nice to see that the Éclair’s size is more than just a gimmick. We think there’s plenty to love about smaller soundbars, especially one that still packs the premium features you’d expect from a larger soundbar like the Sony HT-X8500 or the Samsung HW-Q90R.

The Éclair’s size could present a double-edged sword, however. Appearances can shape a customer’s first impressions of a device, and it’s possible the Éclair’s price could ward people away given its relatively tiny build. Still, the Éclair could be exactly what you’re looking for if you want to set up a home theater in a smaller apartment space.

In any case, we’re impressed by the Éclair’s multitude of premium specs, many of which – including its 3.1.2 channel system and support for eARC lossless transmission – we’d expect to see from the best soundbars you can buy today.