Kamereo gets $4.6M to connect farmers and F&B businesses in Vietnam

While working as the chief operating officer of a pizza chain in Vietnam, Taku Tanaka saw how difficult it is for restaurants to connect with farmers. Many small F&B businesses can’t buy in large volumes, so they rely on nearby markets or multiple suppliers who only sell one category. In turn, this means farmers are disconnected from the end customers of their products, making it hard to predict selling prices or plan their crops. Tanaka founded Kamereo, B2B platform with its own warehouse and last-mile delivery network, to focus on those problems.

Based in Ho Chi Minh City, the company announced today that it has raised $4.6 million co-led by food conglomerate CPF Group, Quest Ventures and Genesia Ventures. The capital will be used for hiring, building a new warehouse management system, user interface upgrades and expanding into Hanoi next year.

Before founding Kamereo in 2018, Tanaka was COO of Pizza 4Ps, which grew from one location in Ho Chi Minh City when he joined to 10 stores three years later (it now has more than 30 locations in Vietnam).

Kamereo works with about 15 farmers, including cooperatives, and serves more than 400 active customers, ranging in size from family-owned restaurants to chains with more than 20 locations. Despite COVID-19 related movement restrictions and temporary business closures, Kamereo says it has grown by 15% every month over the last 12 months. It currently has about 100 employees.

F&B businesses use the platform to order from multiple farmers. Kamereo handles supplier negotiations, order processing and management, and fulfillment. Tanaka told TechCrunch that the company operates its own warehouses and last-mile delivery network because it is cheaper than working with third-party providers. 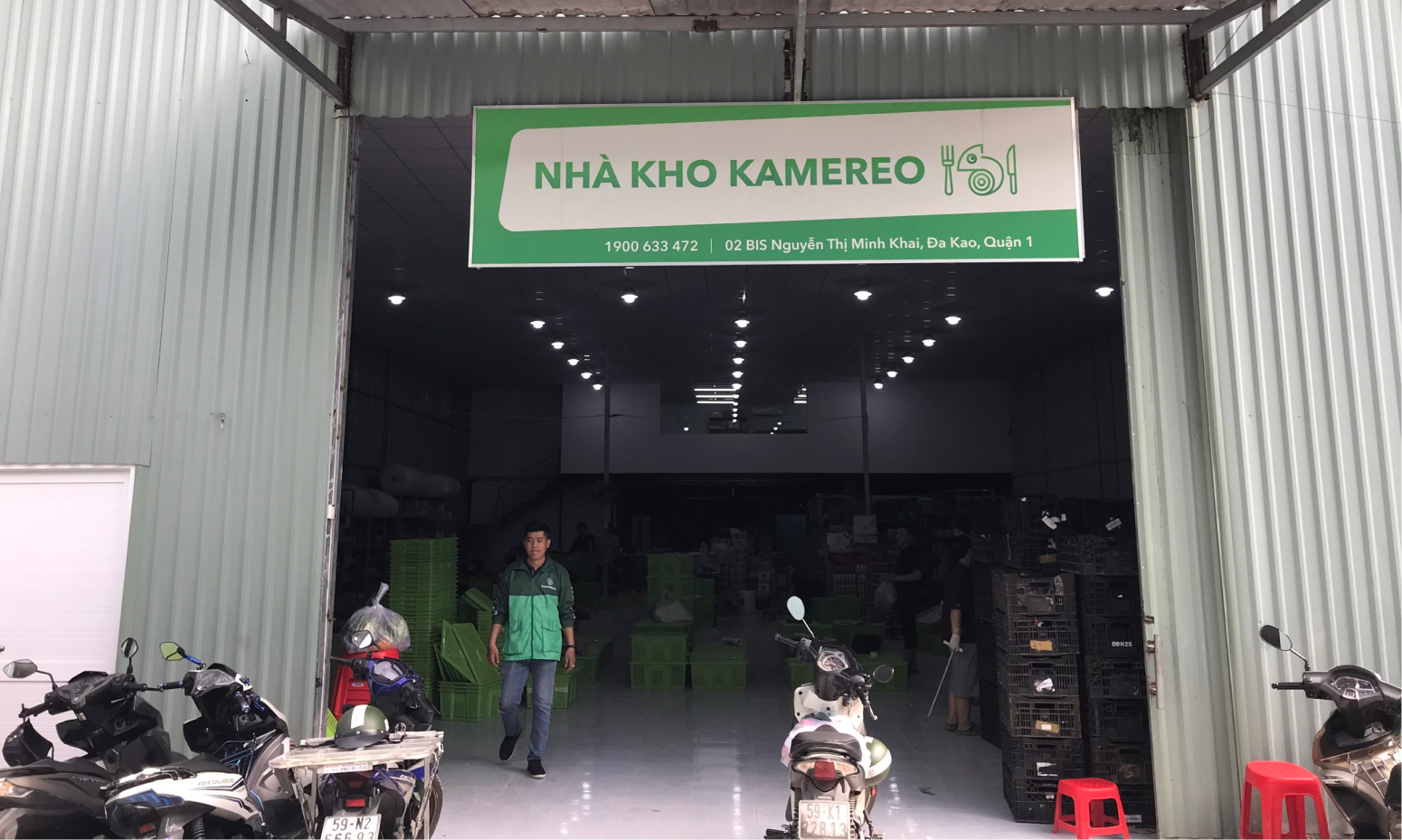 One of Kamereo’s warehouses for fresh farm products

Most of Kamereo’s last-mile deliveries are done by motorbikes since Vietnam has many small roads that are inaccessible to trucks. Tanaka said one drawback is how many goods can be delivered in one trip. Since drivers need to make multiple trips each day, Kamereo plans to expand its micro-warehouse network in Ho Chi Minh City so they don’t need to travel long distances. Its tech team is also building an internal system to manage inventory, fulfillment and last-mile deliveries with the goal of minimizing variable costs.

In a statement about the investment, Quest Ventures partner Goh Yiping said, “Kamereo sites in one of the largest food production hubs of Southeast Asia, and there is much room to grow in solving many of the inefficiencies of the supply chain today, improving farmers’ livelihood outcomes and procuring the best products for businesses and homes.”