‘We’ve opened up a channel for travel consumers never knew they could have before.’ 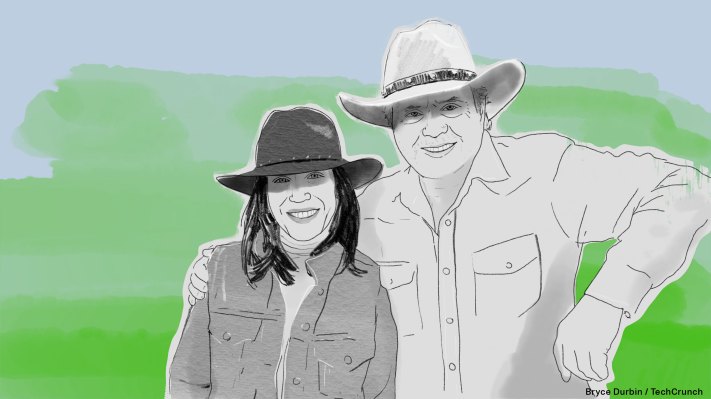 Jen Young and Jeff Cavins were sitting in a beige conference room at a downtown Vancouver hotel, wasting away under fluorescent lights, an endless PowerPoint and a pair of sad Styrofoam cups of coffee between them. Young was there on a marketing contract. Cavins was a board member. They shared one of those looks that only couples can understand. It said: There’s got to be something better than this.

With 40 years of running technology companies under Cavins’ belt and a successful ad agency career under Young’s, the two decided to craft a business around their shared passion of being out in nature. When they realized there are more than 20 million recreational vehicles all across the U.S., most of which are used only a handful of days, they saw an opportunity. They asked themselves: How do we create memorable outdoor experiences and make them available to everybody?

For seven months, the couple traveled across the U.S. to do market research on travelers and RV owners to form the basis of their company.

The sharing economy of Uber, Lyft and Airbnb had already laid the groundwork. Why not open it up to RVs?

In 2014, Young and Cavins invested their life savings into Outdoorsy, sold their homes and jumped into an Airstream Eddie Bauer trailer. For seven months, the couple traveled across the U.S. to do market research on travelers and RV owners to form the basis of their company.

In June, Outdoorsy raised $90 million in a Series D led by ADAR1 Partners, as well as an additional $30 million in debt financing from Pacific Western Bank. The money will be used in large part to accelerate the growth of Outdoorsy’s insurtech business, Roamly. In the same month, the company announced a partnership with glamping company Collective Retreats to expand its outdoor offerings.

The following interview, part of an ongoing series with founders who are building transportation companies, has been edited for length and clarity.

You’ve taken a personal approach to your business, spending months in the research phase actually living in an RV and interviewing RV owners and their families around the country. How do you think that’s shaped your business?

Jen Young: When we lived on the road, we had to experience that customer experience every day for hundreds of days. So this is where we were able to pick up and identify what the biggest pain points were on the renter and the owner side and start tackling those first.

For example, we understood what was most important from an insurance perspective because we could hear the voices of renters and owners — they consider these things their babies in many cases.

The owners that are more entrepreneurial-minded, they consider them more of a business asset, but both of them want to know, “What am I going to get for liability insurance? Comp and collision? Interior damage?” The detailed list of those things became the beginning of the product roadmap, as well as itemizing what things have to occur for a good guest experience.

In what ways have you had to pivot your model based on how people have used your platform?

Cavins: One of the things we learned is most renters don’t want to drive these things, so owners started to do delivery, which became very popular on our platform. Sixty percent of all owners now will just deliver and set up for you so you can arrive at your campsite and everything’s just done. Your chairs are out, your barbecue is out, your awning is out and maybe a bottle of champagne in your fridge for you.

When Jen and I were traveling last year, we saw that most of the American landscape of campgrounds and campsites were overbooked. People couldn’t get their reservations closed the way that you would expect in a world of technologically evolved industries, and we thought there had to be something better in terms of the customer experience for camping, which really catalyzed our investment in glamping company Collective Retreats.