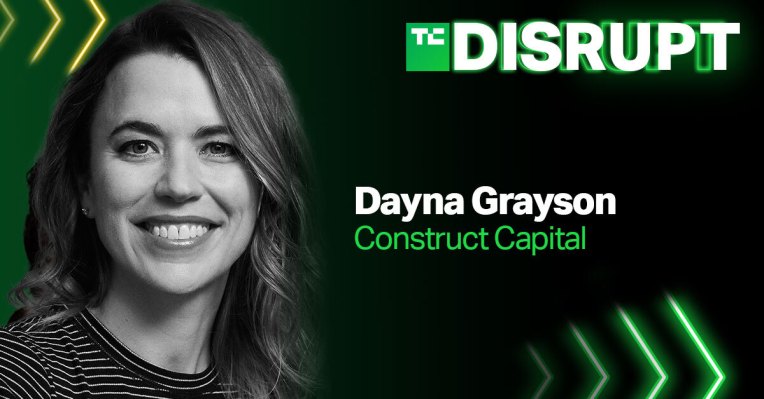 Dayna Grayson has been in venture capital for more than a decade and was one of the first VCs to build a portfolio around the transformation of industrial sectors of our economy.

At NEA, where she was a partner for eight years, she led investments in and sat on the boards of companies including Desktop Metal, Onshape, Framebridge, Tulip, Formlabs and Guideline. She left NEA to start her own fund, Construct Capital, that focuses exclusively on early-stage startups, with a portfolio that includes Copia, ChargeLab, Tradeswell and Hadrian.

It should come as no surprise, then, that we’re absolutely thrilled to have Grayson join us at TechCrunch Disrupt 2021 in September.

Grayson has more than proven that she has a keen eye for transformational technology. Desktop Metal went public in 2020 — she still sits on the board as chair of the compensation committee. Onshape, another NEA-era investment, was acquired by PTC in 2019 for a whopping $525 million. Framebridge was also acquired by Graham Holdings in 2020.

Grayson saw an opportunity to develop a venture brand more hyperfocused on the types of deals she was doing at NEA, which centered around manufacturing and digitizing industrial verticals. That’s where Construct Capital came in. It’s a $140 million fund helmed by Grayson and former Uber exec Rachel Holt.

At Disrupt, Grayson will serve as a Startup Battlefield judge. The Battlefield is one of the world’s most prestigious and exciting startup competitions. Twenty+ early-stage startups hop on our stage and present their wares to a panel of expert VC judges, who then grill the founders on everything about the business, from the revenue model to the go-to-market strategy to the team to the technology itself.

The winner walks away with $100,000 in prize money and the glory of being a Battlefield winner. Households names in tech have gotten their start in the Battlefield, from Dropbox to Mint.

Disrupt 2021 goes down from September 21 to 23 and is virtual. Snag a ticket here starting under $100 for a limited time!