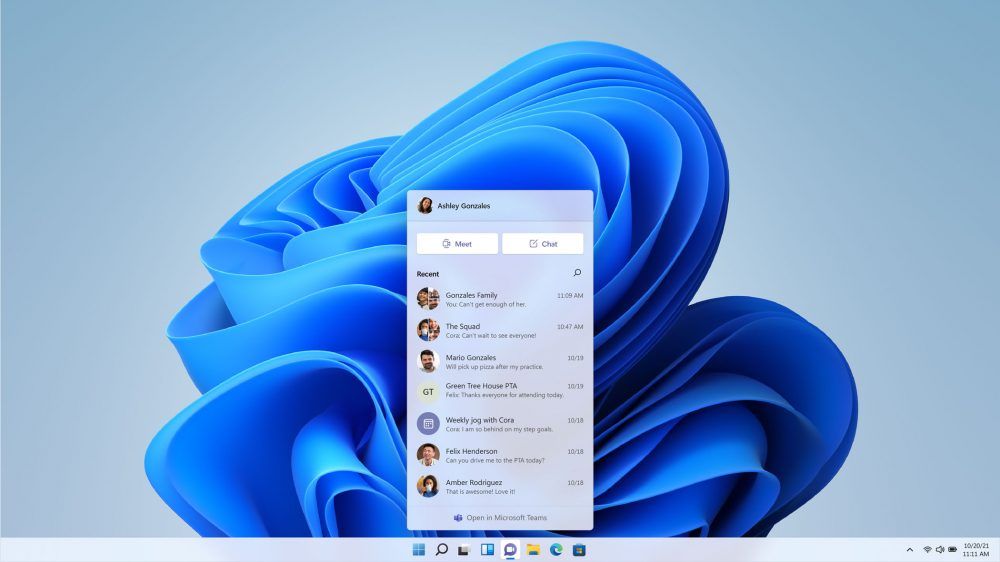 Ahead of the release of Windows 11 later this year, Microsoft is working on a redesigned version of Microsoft Teams for the next version of its operating system that will also work on Windows 10.

First announced during the software giant’s Windows 11 event, the major update to its video conferencing software is currently being referred to as Microsoft Teams 2.0.

The biggest difference between the existing Teams client and this upcoming one is the fact that Microsoft Teams 2.0 is based on Edge WebView2 instead of Electron which will allow Microsoft to use embedded web technologies such as HTML, CSS and JavaScript along with the Chromium rendering engine.

At the same time, Teams 2.0 will no longer use Angular and will instead now use the open source front-end JavaScript library React.js.

As reported by Windows Latest, Microsoft’s new Teams client is built around Microsoft Teams for the web though it doesn’t look that different from the existing app or website. However, since it uses Edge WebView2, Teams 2.0 no longer has an address bar and users will be able to run the app in a separate window as they could with the old app.

The browser’s extension and main menu have also been removed in the new client to give it more of a native app-like experience though traces of Microsoft Edge can still be found when right-clicking anywhere in the app.

Based on Windows Latest‘s tests of Teams 2.0 in a preview version of Windows 11, the news outlet observed that the app is now significantly faster on desktop and runs better on low-end devices. Microsoft Teams 2.0 also uses less memory and performance is slightly better as well. The app now launches instantly and Teams users will no longer get stuck on the loading screen as a result of Microsoft Edge background processes and the inclusion of WebView2.

Unlike the old client, the Teams 2.0 app window can now be resized and the interface scales alongside it automatically. Microsoft has also added integrations with native notifications and other Windows 10 features. While many features are now available in the new client, advanced controls are still missing which limits the functionality of Together Mode and prevents users from changing Teams’ noise cancellation features.

Microsoft Teams 2.0 already looks to be a welcome upgrade though Microsoft plans to enable support for additional features such as multiple accounts and improved PowerPoint integration in the coming weeks before officially announcing its new Teams experience.