Robert Sheckley Was the Master of Dark, Funny Sci-Fi 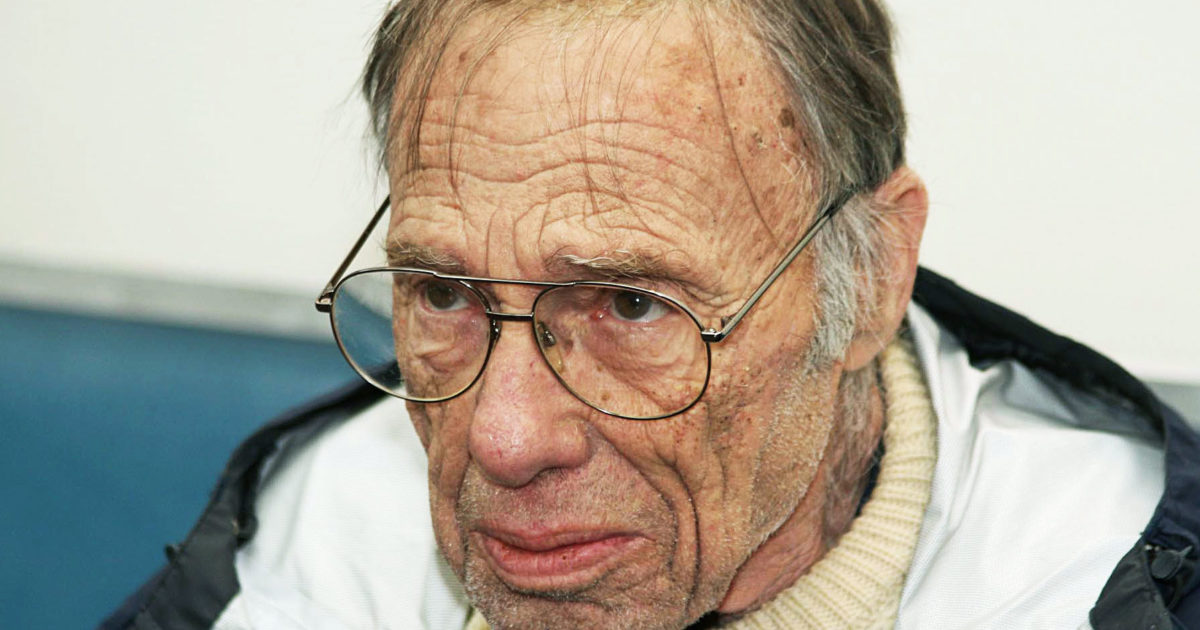 Robert Sheckley, author of classic stories such as “Is That What People Do?” and “Can You Feel Anything When I Do This?,” was one of the top sci-fi authors of the 1950s. Humor writer Tom Gerencer corresponded with Sheckley regularly for nearly a decade.

“He was so open to talking to me, this nobody who just liked him, and answering my questions about writing, and about his work,” Gerencer says in Episode 475 of the Geek’s Guide to the Galaxy podcast. “He was just an amazing man, an amazing talent, but also just an amazingly kind, gracious person.”

Sheckley’s brand of mordant cynicism helped pave the way for writers such as Philip K. Dick, Harlan Ellison, and J.G. Ballard, and his novels Dimension of Miracles and The Prize of Peril prefigured genre classics such as The Hitchhiker’s Guide to the Galaxy and The Running Man.

“A lot of his ideas are so prescient,” Gerencer says. “He was just extrapolating, basically looking at problems and saying, ‘Well, if that keeps going in that direction, in another 50 years it’s going to be like this.’ And you look at it and say, ‘Yep, we’ve gone closer to that now. It’s worse that way now.’ So I think they’re such classics in that sense.”

Sheckley is often remembered as a writer whose talents declined over the years, but Gerencer thinks the reality is more complicated, and that Sheckley never really lost his knack for funny sci-fi. “I don’t think it was that he couldn’t do that kind of stuff later, I just think it was that he didn’t want to,” Gerencer says. “He found that kind of frivolous, and he wanted to write about things that mattered to a 70-plus-year-old man, which aren’t the same things that matter to a 20-something or a 30-something-year-old man, and those things, unfortunately, aren’t the things that a science fiction readership is going to care about as much.”

Sheckley’s work has enjoyed a minor renaissance in recent years. Many of his best stories are collected in the 2012 book Store of the Worlds, edited by Jonathan Lethem and Alex Abramovich, and an audiobook version of Dimension of Miracles was released in 2013, read by John Hodgman. Gerencer says that Sheckley was a consistently inventive writer, and that anything he wrote is worth reading.

Listen to the complete interview with Tom Gerencer in Episode 475 of Geek’s Guide to the Galaxy (above). And check out some highlights from the discussion below.

“In 1998 I was like, ‘I’m going to see if this guy is still around. Because I know his stories were written in the ’50s and ’60s, but I want to see if he’s still around.’ So I Googled ‘Robert Sheckley email address,’ and an email address popped up—an aol.com address—so I emailed him. … I struck up a conversation with him that lasted for years, and I asked him, ‘Hey, could we ever collaborate on a short story?’ And he said, yes, he’d be happy to. And it grew and grew and grew. We went back and forth with notes, and it became a novel, and at some point it became kind of overwhelming for both of us. I don’t know if I was a good enough writer, and also I think he had a crisis of faith about himself, where he thought, ‘I don’t know if I can make this work.’ We just sort of fell away from it, and tragically, I think it was in 2005, he died. It was very sad.”

“In other countries—in Russia, in Italy, all throughout Europe, in China, all over the world, outside of the US—he was undergoing this renaissance of his work, which I think is now starting to happen here, maybe. I’m starting to feel like it is, and more power to him—if anybody deserves it, it’s him. He’s just brilliant. But back then he was telling me, ‘I’m traveling to Venice. It’s a vacation, but I’m going to be talking about my stories. I’m being interviewed by this person over in Italy, I’m traveling to Russia on a book tour.’ … And he was loving it, you know, I think he was eating it up. He was just like, ‘This is so nice. I didn’t expect this to happen, but it’s fun.’ That was happening for him, and I was really happy that it was happening.”

Tom Gerencer on writers and alcohol:

“I don’t know where that stereotype came about, but it’s so unfortunate, because it’s so not true that you have to experience pain before you can write. Don’t worry, life will give you plenty of pain, you don’t need to go out and seek it through a bottle. But I thought that when I was a kid. I remember buying bottles of Scotch and being like, ‘I’m a writer. I’ve got to have a bottle of Scotch in my apartment.’ And then thank god I stopped, and got away from it. And now that I’m older and I know some successful authors, they don’t do that. … It’s the ones who are disciplined, and who understand that that stereotype is just a stereotype, who I think really end up making it.”