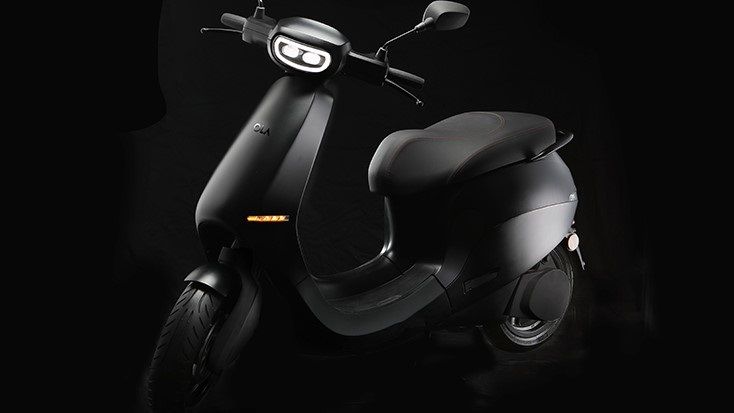 Australian cricket commentator and former player Bill Lawry had a popular line, “it’s all happening here at the Sydney Cricket Ground.” And if he were commentating on what is underway in the EV (Electric Vehicles) manufacture in India, he would doubtless say “it’s all happening at Hosur”.

The industrial town of Hosur in Tamil Nadu has emerged as the nerve centre for the production of the EVs in India. Ola’s gargantuan Rs 2,354 crore Futurefactory is at Hosur, and as it happens, the bookings for Ola’s electric scooters have begun at Rs 499. But more of this later.

At Hosur itself, Ather, the pioneers in EVs in India, has its manufacturing base.

And now we have one of India’s top automobile companies, the TVS Group, is said to be pumping in Rs 1000 crore for setting up its EV production base in Hosur.

TVS Hosur plant to have capacity for 1 lakh EVs

According to a report in The Times of India, “the proposed new factory will come within the existing Hosur complex of the company, which makes motorcycles for both TVS and BMW. This EV plant will have a capacity of around 1,00,000 units a year, which will include both two and three wheelers.”

TVS Motor is said to be in the process of setting up a separate subsidiary for its EV business.

TVS Motor has already launched in India its iQube escooter. It has also made investments in Ultraviolette Automotive that builds electric bikes. TVS Motor company is also in a tie-up with Convergence Energy Services to set up charging stations across India.

Aside from TVS Group, two other big companies are planning to set up EV units in Tamil Nadu.

Well known engineering company Greaves Cotton is to invest about Rs 700 crore over a period of 10 years to set up an EV plant with an annual capacity of one million units at Ranipet in Tamil Nadu.

Another company, the Tube Investments of India (belonging to the established Murugappa Group) is coming up with an EV plant at an investment of Rs 38,105 crore. It may focus on 3-wheeler EVs to start with.

Meanwhile, the SoftBank-backed Ola Electric, which is on an aggressive stride in the market now, has opened reservations for its much-anticipated electric scooter. The general public can make their booking for Ola Scooter on olaelectric.com by paying a refundable deposit of Rs 499. Those who reserve early will get priority delivery. The pricing is highly competitive and it is clear that Ola wants to make the most out of the EV craze that is picking up in India now.

The company is also coming up with Ola Hypercharger Network, which will comprise more than 1,00,000 charging points across 400 cities in India. In the first year itself, it plans on having 5,000 locations across 100 cities up and running.

Ola Scooter will roll out from the Ola Futurefactory, the world’s largest electric two-wheeler factory at Hosur.

India’s EV revolution begins today! Bookings now open for the Ola Scooter! India has the potential to become the world leader in EVs and we’re proud to lead this charge! #JoinTheRevolution at https://t.co/lzUzbWtgJH @olaelectric pic.twitter.com/A2kpu7Liw4July 15, 2021

Ola Scooter, when it hits the roads, will take on Ather 450X, TVS iQube, Bajaj Chetak Electric and the impending offerings from Hero Electric, which has a JV with Gogoro.

The Indian government recently announced the biggest update to the FAME II (Faster Adoption and Manufacturing of Hybrid and Electric Vehicles) policy, which will further accelerate EV adoption in the country. Concomitantly, several Indian States, at least 13 by last count, have notified or have draft EV policies, as India chases its ambitious goal of reaching 30% EV penetration by 2030.