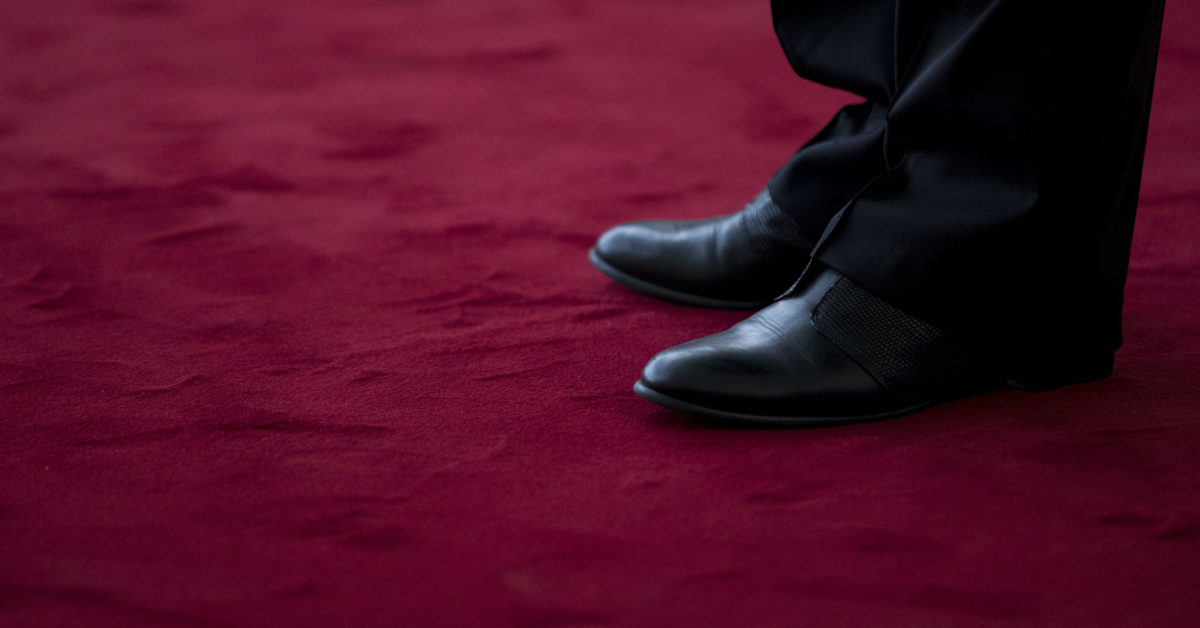 Paul Taylor, a contributing editor at POLITICO, writes the “Europe At Large” column.

PARIS — Like a rudderless ship, the European Union has entered a dangerous period of drift in stormy waters with no obvious captain to follow the imminent departure of its de facto leader of the last 15 years, Angela Merkel.

The veteran German chancellor, who is not standing for reelection in September, is already more than halfway out the door. A year after she brokered a landmark deal on a €750 billion EU recovery fund, Merkel’s waning authority was highlighted at a European Council summit late last month, when she failed to persuade her fellow leaders to hold a summit with Russian President Vladimir Putin.

Her departure leaves a large hole. No other European figure has her political heft, experience and deal-building skills, leaving the unwieldy 27-nation union at risk of paralysis and disunity.

French President Emmanuel Macron, a Duracell Bunny of energy and activism on the European stage, would love to fill the leadership void. But he arouses too much suspicion and hostility in Central and Northern Europe, due to his outreach to Moscow and drive for greater trade protection. Besides, France doesn’t carry Germany’s economic clout, and Macron faces his own uncertain election next April.

In the EU institutions, European Council President Charles Michel is widely seen as a lightweight without the intellectual depth or diplomatic mastery of his fellow Belgian forerunner, Herman Van Rompuy. And the EU’s efforts under Commission President Ursula von der Leyen and High Representative Josep Borrell to become more of a geopolitical player have been humiliated by Russia, snubbed by Turkey, largely ignored by China and upstaged by the return of U.S. leadership under President Joe Biden.

Von der Leyen has also struggled to convince governments to give Brussels more power over public health policy, despite the collective COVID-19 response.

In another era, the British prime minister might have filled the gap. But while Brexit has made EU decisions easier on some issues, such as defense cooperation or issuing common debt, it has also robbed the EU of one of its three heavyweights with military power, diplomatic reach and a dynamic knowledge economy.

That leaves mostly smaller fish. This is not without precedent. Long-serving members of the European Council traditionally wield influence well beyond their country’s size — think of Jean-Claude Juncker when he was Luxembourg’s prime minister or, further back, Bertie Ahern when he was the Irish Taoiseach. But, when Merkel goes, the two longest-serving EU leaders will be Dutchman Mark Rutte and Hungary’s Viktor Orbán. Neither fits the bill.

Rutte is a caretaker premier stuck in endless coalition negotiations, and he is too outspoken a frugal hawk to command a wide following. Domestic constraints force him to act more Euroskeptical than he is. Orbán is a pariah in much of the EU over his state capture, rule-of-law and media freedom abuses and his ideology of “illiberal democracy.”

Besides, neither of these doyens is a member of the biggest and traditionally most potent patronage machine in EU politics: the center-right European People’s Party (EPP). Nor, for that matter, is Macron, which is another handicap on his ability to lead.

Many analysts ascribed Merkel’s dominance to Germany’s role as Europe’s chief paymaster. That undoubtedly underpinned the “summit queen’s” authority, as had former Chancellor Helmut Kohl’s willingness to sign checks in order to break an EU deadlock in the 1980s and 1990s.

But Merkel’s hold over the EPP was also a vital lever in bending others to her will and hashing out compromises in gatherings of what German wags call the “Black Internationale” — the pre-summit meeting of EPP party leaders.

If her preferred successor, pro-European centrist Christian Democrat Armin Laschet, wins in September, it will take him months to form a coalition and then establish his authority at home. Like his predecessors, his priorities are likely to be mainly domestic for the first couple of years, and he may face resistance on EU issues from the conservative right wing.

Among the candidates to exercise at least some interim leadership at Europe’s top table, it would be wrong to neglect Italian Prime Minister Mario Draghi, who gained universal respect for his helmsmanship at the European Central Bank (ECB) during the eurozone debt crisis and has ambitions to loosen the EU’s temporarily suspended Stability Pact budget-discipline rules.

In his capacity as ECB president, Draghi has intermittently attended EU summits since 2011. Eurozone government leaders know how much they owe him for keeping the single currency on the rails and restoring market confidence at the height of the crisis.

Yet Draghi carries the triple handicap of: (a) leading an unstable, heavily indebted country with a debilitatingly high political turnover, (b) not having a party of his own, and (c) being on a relatively short time fuse as a technocratic premier whose term expires, at the latest, in 2023.

Macron will no doubt try to grab the vacant mantle, aided by the fact that France holds the EU’s rotating presidency in the first half of 2022. Paris is talking up an ambitious agenda for building European strategic autonomy, regulating trade and inward investment, reforming the EU’s flawed immigration and asylum system and concluding the Convention on the Future of Europe.

That won’t be easy with elections ahead. Campaigning for the presidential and parliamentary votes in April will effectively shrink the French presidency to the first three months of the year, narrowing the window for leadership. Macron’s need for quick wins in that period will make him dependent on awkward EU colleagues.

Even if he is reelected, as he likely will be, the centrist French president may be weakened by having to govern in cohabitation with opposition conservatives. Only if he can forge a strong partnership with Laschet — assuming the CDU leader becomes chancellor — might a reenergized Franco-German tandem be ready to lead the EU pack in 2023.

That’s a long wait, and it would leave barely a year before the end of the EU’s political cycle, with European Parliament elections and a new Commission in 2024. So don’t be surprised if Europe is a riderless horse for quite a while to come.