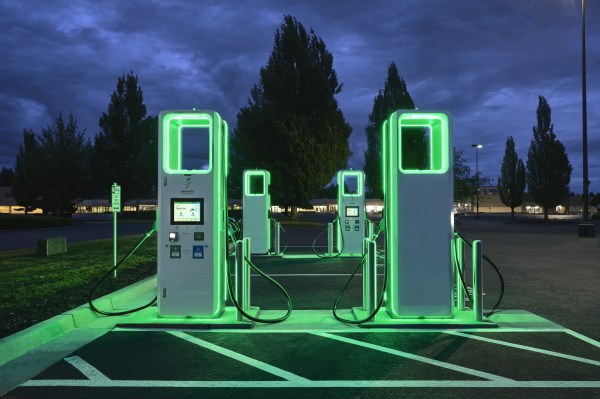 Electrify America, the entity set up by Volkswagen as part of its settlement with U.S. regulators over its diesel emissions cheating scandal, said it will double the number of its electric vehicle fast charging stations in the United States and Canada by the end of 2025.

The plan is part of parent company VW Group’s announcement Monday to increase public charging infrastructure in North America, Asia and Europe. The expansion aims to increase the number of 150 and 350 kilowatt chargers, or fast chargers. VW nor EA disclosed how much money would be spent to meet this new plan. However, an EA spokesperson did confirm that the company would be spending more than the $2 billion it previously committed to invest into clean energy infrastructure over a 10-year period that kicked off in 2017.

The decision to double its charging infrastructure in North America was prompted by the rapid growth expected of electric vehicles by virtually all the auto manufacturers, according to a statement by Electrify America president and CEO Giovanni Palazzo.

The EV market was once the primary domain of Tesla, the Nissan Leaf and GM’s Chevrolet Bolt EV. And while the majority of vehicles on the road today are gas and diesel-powered, an increasing number of other EV models have, or are about, to come to market, including the Ford Mustang Mach-E, Porsche Taycan and the Cross Turismo variant, Hyundai Kona Electric, Jaguar I-Pace, Rivian R1T pickup truck and R1S SUV and the VW ID. 4.

Electrify America’s initial plan was to invest more than $2 billion over a 10-year period into clean energy infrastructure and education. Of that funding, some $800 million was earmarked for California, the largest EV market in North America. This latest boost will be used to increase chargers in established EV regions in the U.S. such as California as well as push into new states, including Hawaii, North Dakota, South Dakota, West Virginia, Wyoming and Vermont.

The company is also adding chargers to a stretch of highway in the upper Midwest, following similar efforts to promote cross-country travel. The subsidiary Electrify Canada will expand its network to nine provinces, including Saskatchewan, Manitoba, New Brunswick, Nova Scotia and Prince Edward Island. Electrify Canada will also add more stations to British Columbia, Alberta, Ontario and Quebec, the four provinces where it already has a presence.