Can advertising scale in VR? 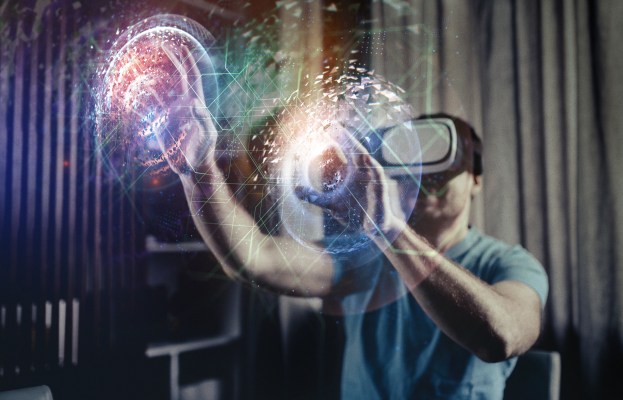 p id=”speakable-summary”>One of VR’s prospective revenue streams is ad placement. The thought is that its levels of immersion can engender high engagement with various flavors of display ads. Think billboards in a virtual streetscape or sporting venue. Art imitates life, and all that.

This topic reemerged recently in the wake of Facebook’s experimental ads in Blaston VR. As TechCrunch’s Lucas Matney observed, it didn’t go too well. The move triggered a resounding backlash, followed by the game publisher, Resolution Games, backing out of the trial.

This chain of events underscored Facebook’s headwinds in VR ad monetization, which stem from its broader ad issues. In fairness, this was an experimental move to test the VR advertising waters … which Facebook accomplished, though it didn’t get the result it wanted.

VR advertising is a bit of a double-edged sword. It could take several years for VR usage to reach requisite levels for meaningful ad monetization.

Regardless, we’ve taken this opportunity to revisit our ongoing analysis and market sizing of VR advertising in general. The short version: There are pros and cons on both qualitative and quantitative levels.

The pros of VR advertising

VR advertising’s opportunity goes back to factors noted above: potentially high ad engagement given inherent levels of immersion. On that measure, VR exceeds all other media, which can mean higher-quality impressions, brand recall and other common display-ad metrics.

Historical evidence also suggests that VR could follow a path toward ad monetization. VR shows similar patterns to media that were increasingly ad supported as they matured. These include video, social media, mobile apps and games (just ask Unity).

To put some numbers behind that, 75% of apps in the Apple App Store’s first year were paid apps — similar to VR today. That figure declined to 15% in 2014 and hovers around 10% today. Over time, developers learned they could reach scale through free downloads.

Prevalent revenue models today include in-app purchases — especially in mobile gaming — and advertising. The question is whether VR will follow a similar path as developers learn that they can reach scale faster through free apps that employ “back-end monetization” like ad support.

This trend also follows audience dynamics: Early adopters are more likely to pay for content and experiences. But as a given technology or media matures, its transition to mainstream audiences requires different business models with less upfront commitment and friction.

“Today, there are only about 18% of applications in VR stores such as Steam and Oculus that are free,” Admix CEO Samuel Huber said. “This is fine for now because we are still very early in the market and most of these users are early adopters. They are willing to pay for content, just like they were willing to pay for prototype unproven hardware and generally, they have higher purchasing power than the average person.”

Considering the above advantages, VR advertising is a bit of a double-edged sword (or beat saber). Those advantages are counterbalanced by a few practical disadvantages in the medium’s early stage. Much of this comes down to the requirement for scale.