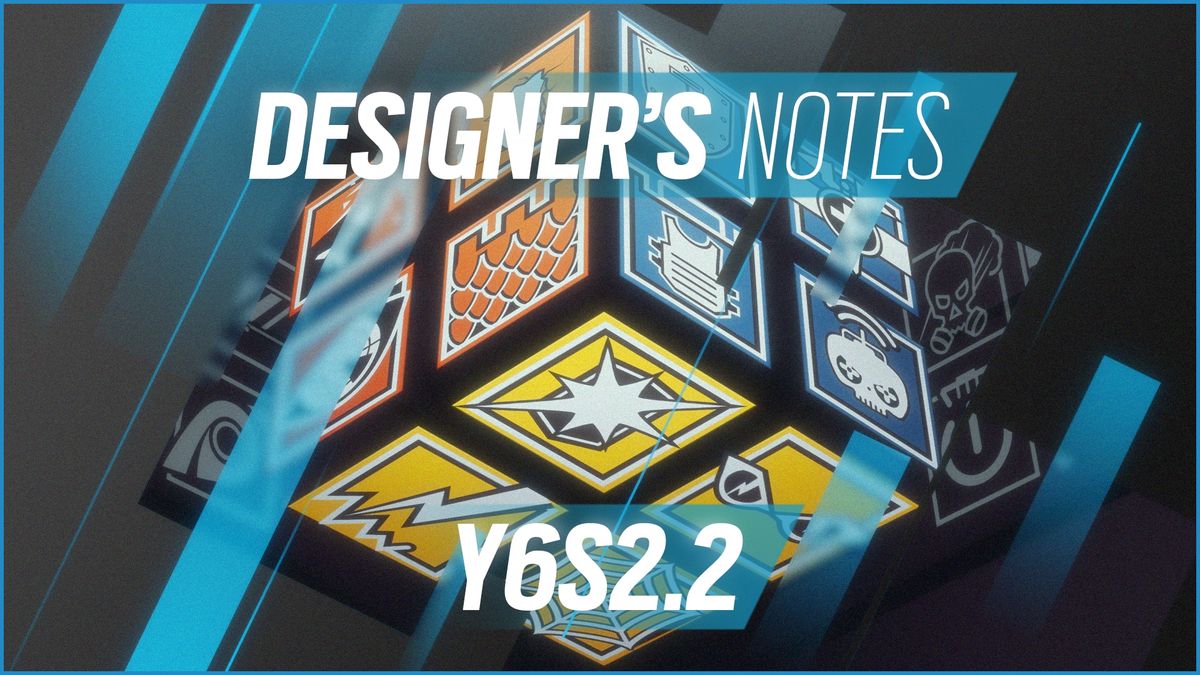 Rainbow Six Siege developers at Ubisoft are introducing a mid season update that brings a set of changes to not just some under and overpicked operators, but some more than effective weapons as well.

The Y6S2.2 designer notes go into detail about the balancing changes that’ll come with the Y6S2.2 patch and give you an insight into the reasons behind these changes. The developers have shared the updated Attacking and defending operator pick and ban rates which provides an insight into what the players are choosing to play with.

With those charts in mind the developers have introduced some changes to operators that include Alibi, Frost, Tachanka, Zofia. Alibi now has an added 2.0x scope to ACS12 with the 1.5x scope removed and the 1.5x scope added to MX4 Storm. The devs reason that despite having a solid mix of utility, including a solid primary weapon and secondary shotgun, deployable shield and impacts, and high speed, her presence in the Balancing Matrix is still low.

Frost has had her 1.5x scope from the C1 removed because in her current state, Frost has the highest win delta of all the Defenders and possesses a very high kill/death ratio when compared against other Defenders. Tachanka has quite a few changes that include the addition of a Deployable Shield while removing the Proximity Alarm and increased Shumikha Launcher total ammunition to 14 from 10. The destruction capabilities of the DP-27 LMG has also been improved.

According to the devs, Tachanka has a very low presence in the Balancing Matrix, with one of the reasons being that his Shumikha Launcher tends to be quite situational and can be unsafe to fire since it renders him defenseless. The additional total ammunition and Deployable Shield should offer more flexibility.

Zofia has had a strong presence and he is topping the pick charts right now hence her M762 recoil has been modified to be harder to control. This means an increased vertical recoil which has been done to bring her more in line with other operators. Nøkk’s balancing rework making her stealthier has been abandoned by Ubisoft for the moment. The ACS12 and TCSG-12 weapons are getting a boost with increased damage to 69 from 59 and 63 from 57 respectively.