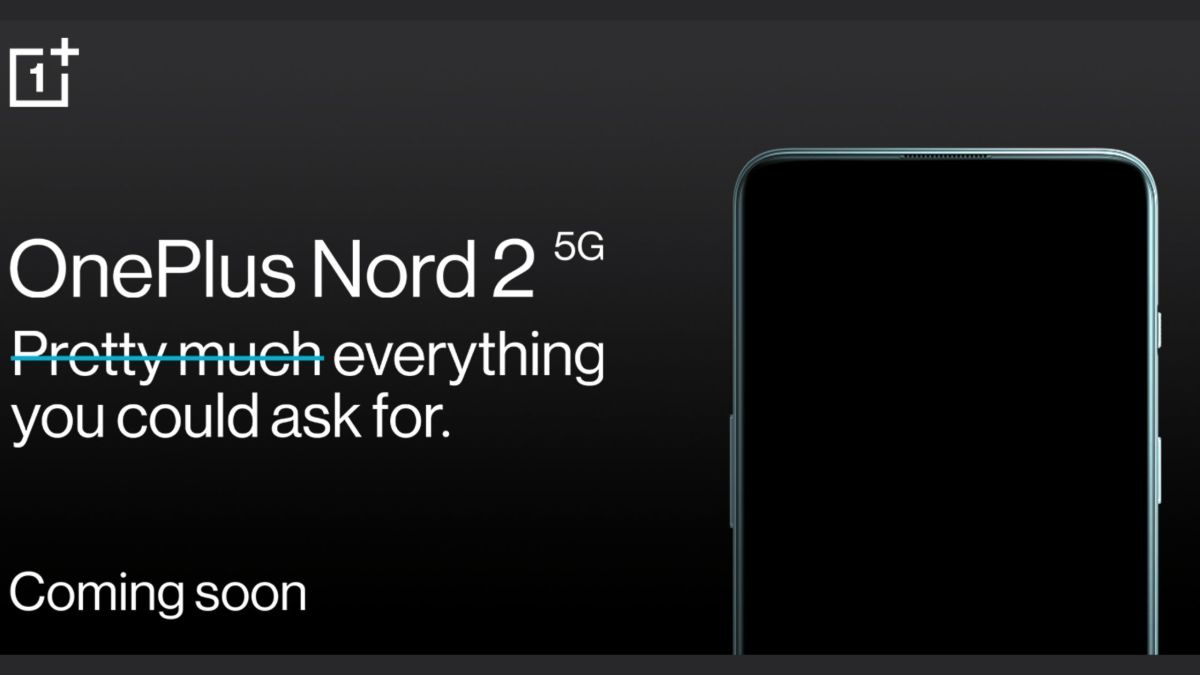 The OnePlus Nord 2 is one of the most awaited smartphones currently following the reveal of its existence last month. Leaks had suggested that the smartphone is ready for launch sometime later this month and was confirmed by a brief listing of the launch date on the website.

While previous leaks had suggested that the OnePlus Nord 2 smartphone is expected to launch sometime in the last 10 days of July, with the probably date being July 24. The brief listing on the website puts the launch date on July 22.

And now the smartphone has been listed on Amazon with a quiz for participants to get a chance to win the OnePlus Nord 2 5G smartphone. The page on Amazon does not list any details about the smartphone apart from the MediaTek Dimensity 1200 AI chipset.

The leak of the proposed date of launch of the Nord 2 seems to be in like with the expectations from the other leaks up until this point. The first OnePlus Nord smartphone was launch in August 2020, hence a July 2021 launch of the direct successor makes sense.

As for the specifications, the Nord 2 is expected to come with a a MediaTek Dimensity 1200 chipset. That’s quite a change as the original Nord – and all other OnePlus phones – use Qualcomm Snapdragon chipsets.

A leaker claims that the OnePlus Nord 2 will have a triple-lens camera, with a 50MP main snapper (using the same sensor as the OnePlus 9 Pro‘s ultra-wide), along with an 8MP secondary camera and a 2MP tertiary one. If we had to guess, we’d assume the 8MP is either an ultra-wide or a telephoto, and the 2MP is a depth sensor, black and white, or macro snapper.

Another source meanwhile has pointed to a 50MP main camera, a 16MP ultra-wide camera, and a 2MP black and white one, so there are some slight differences there.

That’s one less camera than the original Nord has on the back, but the quality may well be improved. It also sounds like there might be one less camera on the front, with just a single 32MP one mentioned in these leaks. The renders we’ve seen (above) also match up with these camera numbers.

As for the battery, we’ve heard that it might be 4,500mAh, which would make it bigger than the 4,115mAh battery in the original Nord, while another source has echoed that and said that it can charge at 65W.