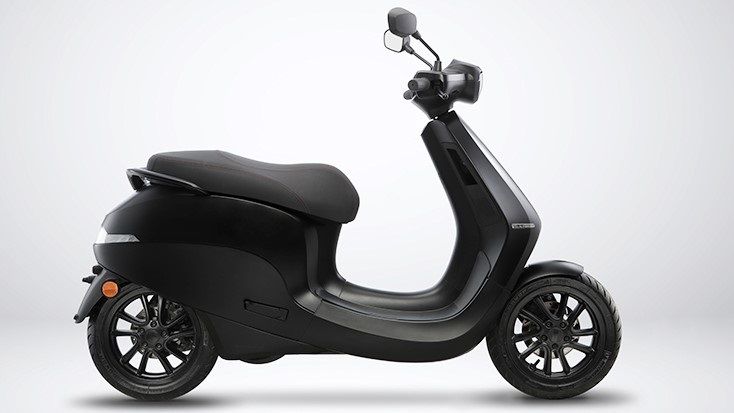 Ola’s CEO and founder Bhavish Aggarwal took to Twitter to share a video wherein he could be seen taking the upcoming electric scooter for a spin across the city of Bengaluru. The video not only shows how the scooter might actually look like on the road but also gives us a sneak peek at some of its highlights. Take a look at the video below:

Now that we have a fair idea about the looks and design of the scooter, some key details are still missing. We are not sure about the maximum range that the scooter can offer, charging speeds, battery capacity etc. But what we know is that since the first phase of its Futurefactory located in Tamil Nadu is complete, the scooter may be launched anytime soon.

Additionally, the company has also announced its plans to install 5000 charging stations in the country by the end of this year and in all, it aims at installing a network of 100,000 Hyperchargers across 400 towns and cities of India.

Now talking about some of the key features of Ola’s upcoming battery-operated scooter, it will come with large storage space underneath the seat and the company has claimed that this scooter will offer “largest-in-class boot space” in its category.

Rest the design is similar to the AppScooter from Etergo, the company that Ola acquired last year. While the original AppScooter came with detachable battery packs that could be placed in the storage space under the seat, it is not sure how Ola’s version will have replaceable batteries and where they will be placed.

The video shows that the scooter has enough space to store two helmets in the storage space, however, it does not show if this is with the battery pack installed there as well.

The pricing of Ola’s electric scooter is another key aspect. While the company has stated that with the capacity of producing two million units it wants to target the mass market, suggesting that Ola is not looking at a premium price point like Ather or Bajaj.

There are reports that Ola is eyeing the price point of 125 CC scooters which could result in faster adoption. Additionally, the company is also looking to take advantage of the benefits offered by the FAME II scheme from the central government that promotes EV adoption by offering various subsidies on the purchase and manufacturing of electric vehicles in the country.