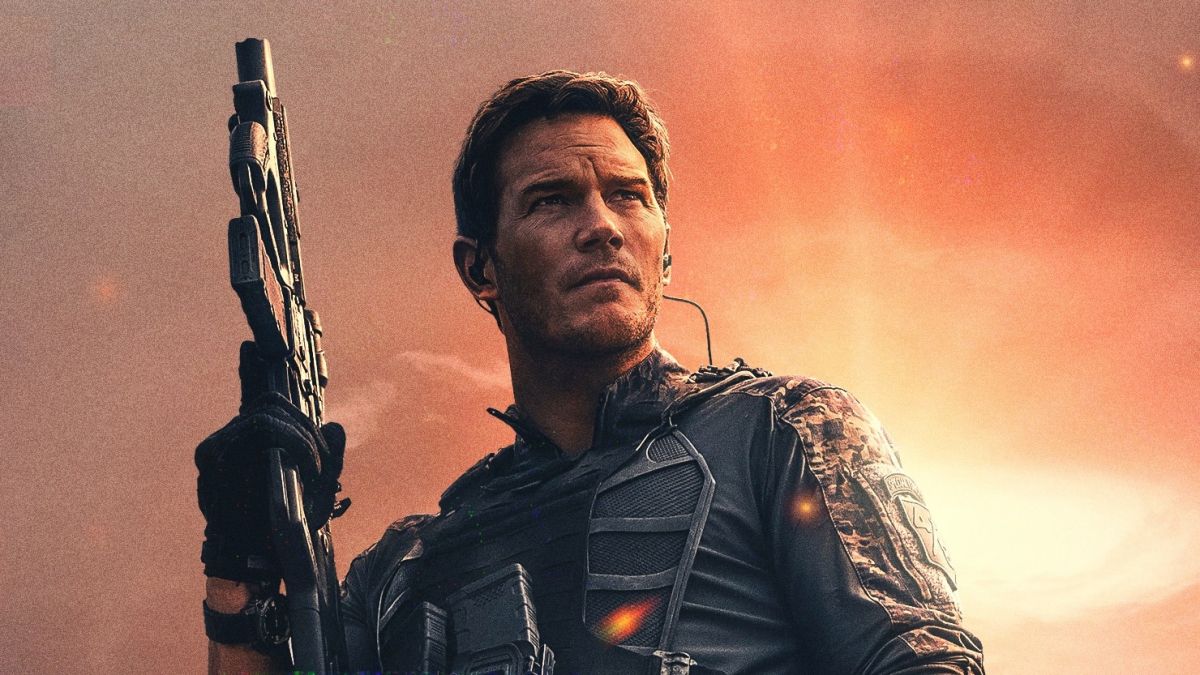 Given that last week’s streaming additions were a little on the quiet side, it follows that the likes of Netflix, Amazon Prime Video and HBO Max would make up for it by dropping some decidedly higher-octane adventures to enjoy this weekend.

Among them is The Tomorrow War, which is basically what you’d get if Avengers: Endgame and 12 Strong produced a cinematic love child. Then there’s No Sudden Move, a new Steven Soderbergh crime drama on HBO Max and, of course, the awards-chasing sequel to 2017’s The Boss Baby arriving on Peacock, Comcast’s own streaming service.

Below, we round up seven of the biggest movies and TV shows now the weekend’s kicked off – from brand new horror flicks to adult comedy series.

With Jurassic World: Dominion and Guardians of the Galaxy Vol. 3 not set to grace our screens until 2022 and 2023, respectively, The Tomorrow War arrives on Amazon Prime as this year’s helping of Chris Pratt wisecracking-while-blowing-stuff-up.

The streamer reportedly purchased the rights to this sci-fi action adventure – which follows a group of soldiers and civilians transported 30 years into the future to fight against a deadly alien species – from Paramount for $200 million. Chris McKay, architect of the surprisingly-competent Lego movies, directs, while J.K. Simmons, Betty Gilpin and Sam Richardson also star.

Don’t expect a particularly thoughtful adventure, but The Tomorrow War looks to be the first gung-ho blockbuster of the summer.

Steven Soderbergh, acclaimed director of Contagion, Traffic and the Ocean’s franchise, returns to the big (or small?) screen this weekend with No Sudden Move on HBO Max.

The movie follows a group of small-time criminals hired to steal an emerging car technology in 1950’s Detroit. When their plan goes inevitably wrong, the gang embark on a twisting search to find who they were working for. That doesn’t sound like the most engaging premise of all time, but with a cast that includes Don Cheadle, Benicio del Toro, David Harbour, Ray Liotta, Jon Hamm and even Brendan Fraser, we’re inclined to take notice of No Sudden Move.

Critical consensus has been largely positive so far, too, so this one is definitely worth checking out. Sadly, we’re not sure how UK viewers will get to watch it.

Now available to stream on HBO Max in the US

Just when we thought we had enough adult animated comedies to last a lifetime, America: The Motion Picture arrives on Netflix to tell a wildly inaccurate and expletive-laden tale of America’s founding.

Archer’s Matt Thompson directs, while Phil Lord and Christopher Miller (Spider-Man: Into the Spider-Verse) are on hand as producers. The voice cast is pretty impressive, too, enlisting the vocal services of Channing Tatum, Simon Pegg, Jason Mantzoukas, Bobby Moynihan, Andy Samberg, Judy Greer and many, many others.

That’s a lot of high-profile comedians – so America: The Motion Picture must at least be funny, right?

The first of a three-part series of feature-length R. L. Stine (Goosebumps) adaptations, Fear Street Part 1: 1994 follows a group of teens who take on an evil force that’s plagued their town for centuries. Yes, that sounds exactly like the plot of Stephen King’s It, but there are no clowns here – just a lot of murderous psychopaths in skull masks.

Leigh Janiak directs all three films, which are streaming on consecutive Fridays and explicitly aimed at adult audiences, so expect more blood, gore and profanity than the relatively tame Stine adaptations of years gone by.

Critics seem in agreement that this first effort is a decent watch, with one outlet describing Fear Street Part 1: 1994 as a “marvelously entertaining throwback slasher.”

Summer of Soul (…or, When the Revolution Could Not Be Televised) (Hulu)

This one’s a mouthful, so we’ll only write it once: Summer of Soul (…or, When the Revolution Could Not Be Televised) is a musical documentary charting the impact of 1969’s Harlem Cultural Festival, which saw the likes of Stevie Wonder, Nina Simone and B.B. King grace the stage in – you guessed it – a summer of soul.

Reception has been overwhelmingly positive for this one, especially after it scooped both the Grand Jury Prize and Audience Award at the Sundance Film Festival. Summer of Soul is streaming on Hulu in the US, but is also playing in select theaters across the UK as of early July.

Expect heaps of previously unseen footage and a healthy dose of feel-good nostalgia.

Now available to stream on Hulu

Obviously, we’ve all been anxiously waiting for the return of Alec Baldwin’s quick-witted Boss Baby, and, thankfully, The Boss Baby: Family Business lands on Peacock this weekend to abate our lust for animated corporate jargon.

In all fairness, though, the first Boss Baby movie was actually surprisingly funny, and with the vocal additions of James Marsden, Amy Sedaris and Jeff Goldblum alongside the returning  Jimmy Kimmel and Lisa Kudrow, its sequel may actually be a laugh, too. This time around, with Theodore Templeton now an adult, he and his brother discover a magical formula that transforms them back into babies to foil the plans of an evil, toddler-corrupting genius.

It’s dropping on Comcast’s new Peacock streaming service in the US, but will also be arriving in theaters across the UK in July.

Now available to stream on Peacock in the US

We The People (Netflix)

From Barack and Michelle Obama, this series of ten animated, three-minute music videos aims to teach lessons in civic participation – from voting and paying taxes to knowing your rights – in a way that’s engaging, digestible and, ultimately, cool.

Artists including Lin-Manuel Miranda, Janelle Monae, Adam Lambert, H.E.R., Cordae and Bebe Rexha are all on hand to make the boring stuff seem not-so-boring, and even if you’re already well versed in your civic duties, We The People might provide you with some new favorite tunes, instead.

Available to stream on Netflix from Sunday