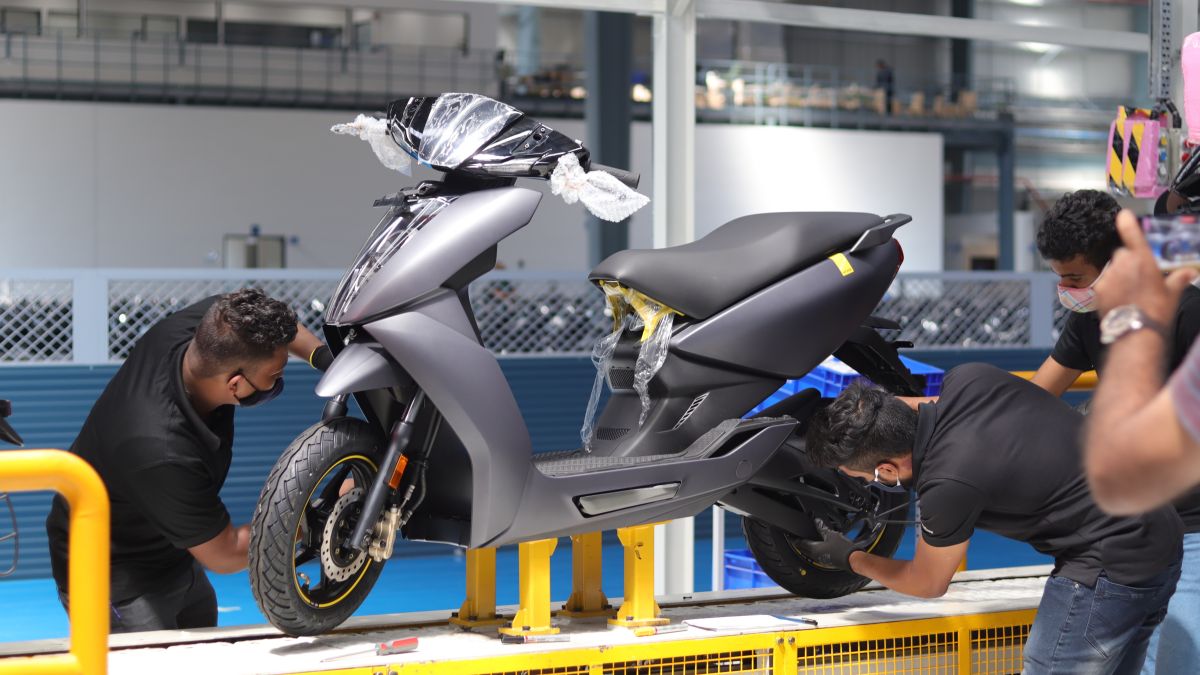 The capital is one of the most conducive markets for electric vehicles in India, thanks to strong subsidies and initiatives such as Switch Delhi. With the amended structure of the FAME II policy, the Ather 450X price in Delhi is Rs 1,32,426, while the Ather 450 Plus is priced at Rs 1,13,416.

The first Ather Space experience centre in Delhi is in Lajpat Nagar, with four more locations coming up in the NCR in the near future. 14 fast-charging have already been set up in major locations such as Green Park, Dilshad Garden, Connaught Place and other key hotspots in Delhi, Noida, Gurugram and Ghaziabad. 30-50 more Ather Grids will be added by the end of this year.

It’s electric season in Dilli ⛅ and we’re just a day away from launching Dilli’s first ever Ather Space in Lajpat Nagar – see you soon! ⚡ pic.twitter.com/3BRAFefPeoJuly 1, 2021

The first quarter of 2021 was Ather Energy’s best one yet, with record sales figures that are 250% up, 6x more test rides at showrooms, expansion to 13 cities, 63 additional fast chargers and 32% quicker assembly. Unit profitability was also achieved for the first time with 9,200 scooters produced each month.

More interestingly, CEO Tarun Mehta talked about Ather Energy’s future plans. By the end of financial year 2022, 500 charging points will be set up, and by the end of FY23, the manufacturing capacity will be expanded to 5,00,000 units per anum, serving 100 cities across India.

They also confirmed that the product portfolio will be expanded to cater to other segments as well as grow the Ather 450 platform — new scooters with slightly different specifications. However, an electric motorbike is not an immediate priority, at least for the next two years.