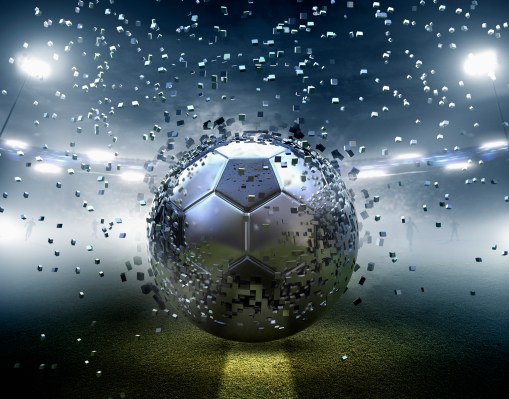 Toca Football, a nine-year-old, Costa Mesa, Ca.-based company that operates 14 sports centers across the U.S. that are focused on soccer training, has raised $40 million in Series E funding to roughly double the number of facilities that are now up and running in the U.S., as well as to open a site in the U.K. that CEO Yoshi Maruyama describes as a “highly themed game-experiences-based dining and entertainment facility focused on soccer training.”

Maruyama knows a thing or two about building destinations to which people gravitate. Before joining Toca — which was founded by the American former soccer player Eddie Lewis (“toca” refers to the first touch of the ball in soccer) — Maruyama spent six years as the global head of location-based entertainment for Dreamworks. He spent 14 years before that as an SVP with Universal Parks & Resorts.

Indeed, he was brought into Toca in 2019 to transform it from a manufacturing business that sells Major League Soccer teams a ball-tossing machine that Lewis had developed, to the services business it has become.

On its face, its new model seems like a pretty smart one, given soccer’s growing popularity in the U.S. According to Statista, the number of participants in U.S. high school soccer programs recorded an all-time high in the 2018/19 season, with more than 850,000 playing the sport across the country.

But Toca isn’t built just for kids, even if kids — and their parents — are its primary customers. According to Maruyama, there are several populations that are coming to its various centers throughout the day. In the morning, the centers feature a curriculum for children up to age six to introduce them to soccer; the afternoons feature largely one-on-one soccer training programs where Toca is able to employ its touch trainer; and during the evenings, Toca operates a leagues business for both children and adults.

Some of the centers are huge, by the way. Among Toca’s newest sites, for example, in Naperville, Illinois, outside of Chicago, it has built a 95,000-square-foot facility that features four indoor, full-size soccer fields, as well as one-on-one individual training spaces. (Maruyama suggests the company has been able to take advantage of a depressed commercial real estate market over the last year or so.)

The newest round of funding for Toca comes from earlier investors WestRiver Group, RNS TOCA Partners, and D2 Futbol Investors; they were joined by new investors, including angel investor Jared Smith, the co-founder and former COO of Qualtrics.

The company — which plans to expand into Asia as quickly as possible (China has been mandated by the country’s leadership to become “a first-class football superpower” by 2050) —  has now raised $105 million in total funding.