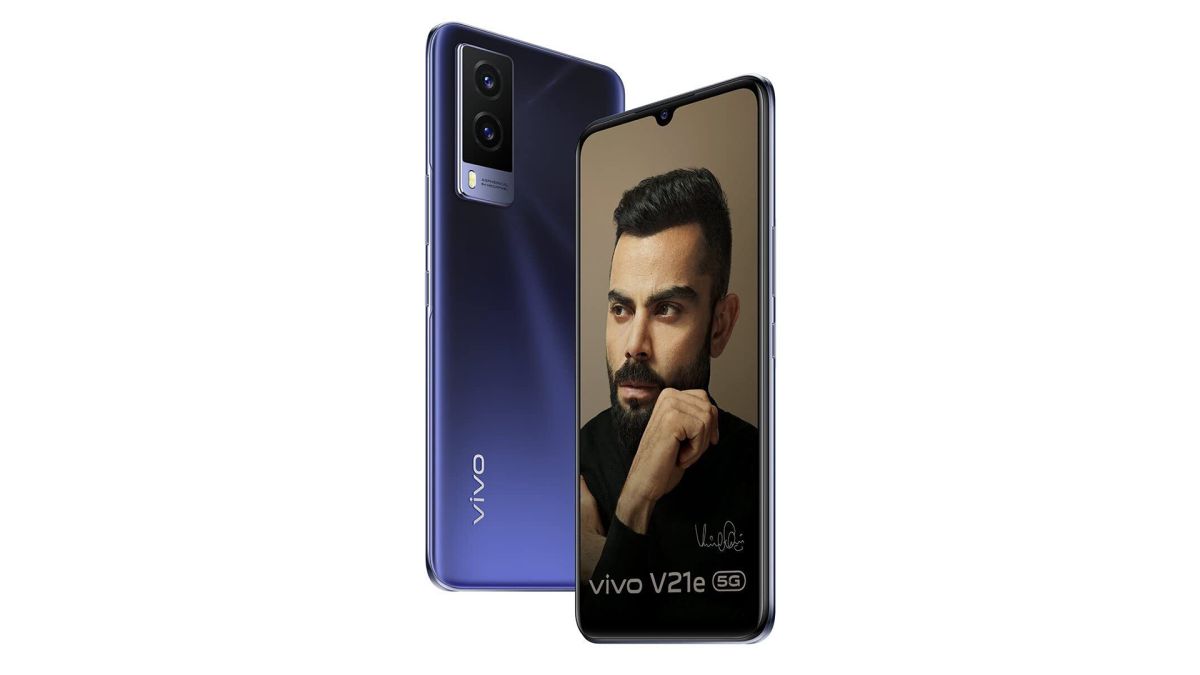 Vivo has launched the 5G variant of the V21e smartphone in India. The new Vivo V21e 5G comes after a slew of leaks already revealed most of the specs of the smartphone.

The Vivo V21e 5G has been priced at Rs 24,990 for the 8GB RAM and 128GB storage variant. It will be available on sale from today simultaneously on mainline retail partners, Vivo India E-store, Flipkart, Amazon, Paytm, Tatacliq, and Bajaj EMI Store. It is available in two colour options, Sunset Jazz and Dark Pearl.

Underneath the display it comes with a MediaTek Dimensity 700 chipset that can clock up to 2.2GHz and has been manufactured using the 7nm process. As for the GPU it features the ARM Mali G57 which comes with 8GB LPDDR4X RAM with 3GB extended RAM. This is accompanied by 128GB of internal storage.

The Vivo V21e 5G will feature a 4,000mAh battery that will support 44W flash charge technology. The fingerprint sensor on the Vivo V21e 5G is an on-display one. It also features facial recognition for security. It runs on Android 11 with Funtouch OS 11.1 on top of it. The Vivo V21e 5G is 7.79mm in thickness at its thickest part and weigns 167 grams.