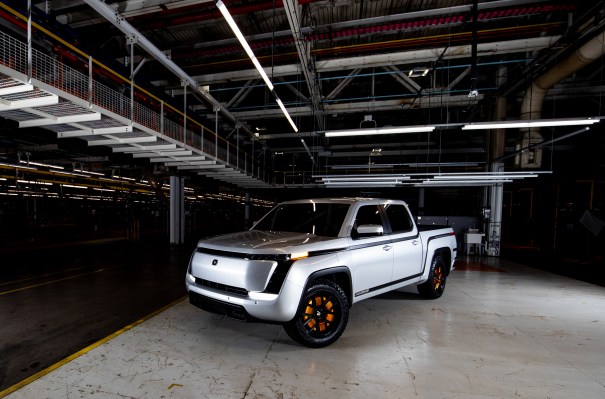 Lordstown Motors has enough “binding orders” from customers to fund limited production of its electric pickup truck through May 2022, executives at the company said Tuesday, just a day after an executive shakeup that included the resignation of the company’s CEO and CFO.

Reaching that goal will come at a cost. The company is putting all of its resources toward the Endurance pickup truck, which means other projects, including an electric recreational van, have been put on hold, according to comments made by Lordstown interim CEO Angela Strand and President Rich Schmidt during an automotive press event.

“We’re just focused currently on the Endurance truck,” Schmidt said at the event, according to a report by CNBC. “That’s our next goal for the next three months, to make sure we hit our production targets and stay within our budgets and drive forward to getting the vehicles ready for the market.”

What was meant to be the “first mass produced all-electric RV” should have been revealed this month, but with its money woes, Lordstown has pushed back the reveal and removed mention of the van from its amended annual filing — a change first noted earlier this month by the WSJ.

Investors responded to the company’s “we have enough capital” and “binding order” comments and put less weight on the “we’re punting on the electric van” part. Shares of Lordstown Motors were up 11.34% on the news to close at $10.31.

Lordstown’s Q1 report filed with the SEC last week showed a startling lack of capital that would have gotten in the way of manufacturing and delivering the EV pickup. In the filing, the company warned investors that it had “substantial doubt regarding [its] ability to continue” in the next year. The automaker has faced scrutiny in the past after investment research firm Hindenburg Research said the company had misled consumers and investors about Endurance’s preorders.

But Tuesday is a “new day” for the automaker-gone-SPAC, says Strand. Schmidt revealed the company has enough orders for limited production of the Endurance for 2021 and 2022, calling those orders “firm” and “binding.” The work truck will start at $55,000, he said. To compare, the Ford F-150 Lightning electric pickup truck, another truck aimed at commercial customers, will start below $40,000.

Schmidt said the company has $400 million in the bank, but would need more to increase its ability to build more than 20,000 vehicles per year. Lordstown is actively seeking additional capital from GM, which owns a small stake in the startup, and other early investors. In a statement to Reuters, GM said, “we are comfortable with our current relationship with LMC but we are willing to listen to proposals that make sense for both parties.”