iOS 15 features: 10 most exciting new features coming to your iPhone

Apple fans have a handful of big events to look forward to each year, but there are two that are particularly exciting. At the top of the list is Apple’s annual iPhone event, during which the next-generation iPhone is shown off for the first time each year alongside other new hardware. But there’s no question that the company’s Worldwide Developers Conference (WWDC) is a close second. While Apple’s iPhone event shows off new hardware that will only be purchased by a portion of Apple’s userbase, WWDC is an annual showcase for major software updates that will be made available to the overwhelming majority of Apple fans across every hardware platform.

As has been the case in years past, WWDC 2021 began with a huge keynote presentation where CEO Tim Cook and other Apple executives showed off all the latest software that the company has cooked up for iPhones, iPads, Apple Watches, Mac computers, Apple TVs, and more. Unlike most years, however, the WWDC 2021 keynote was a virtual presentation since the pandemic is still causing problems for in-person events. You can rewatch the entire presentation right here if you want, but most people are concerned mainly with Apple’s new iOS 15 software update that will be released this coming September alongside the iPhone 13. You won’t need an iPhone 13 to get all the exciting new features Apple showed off on Monday, however, because iOS 15 will be made available on more than a dozen current iPhone models.

Want to see all the hottest new features coming to your iPhone later this summer when iOS 15 is released? We’ve included them all right here in this roundup. 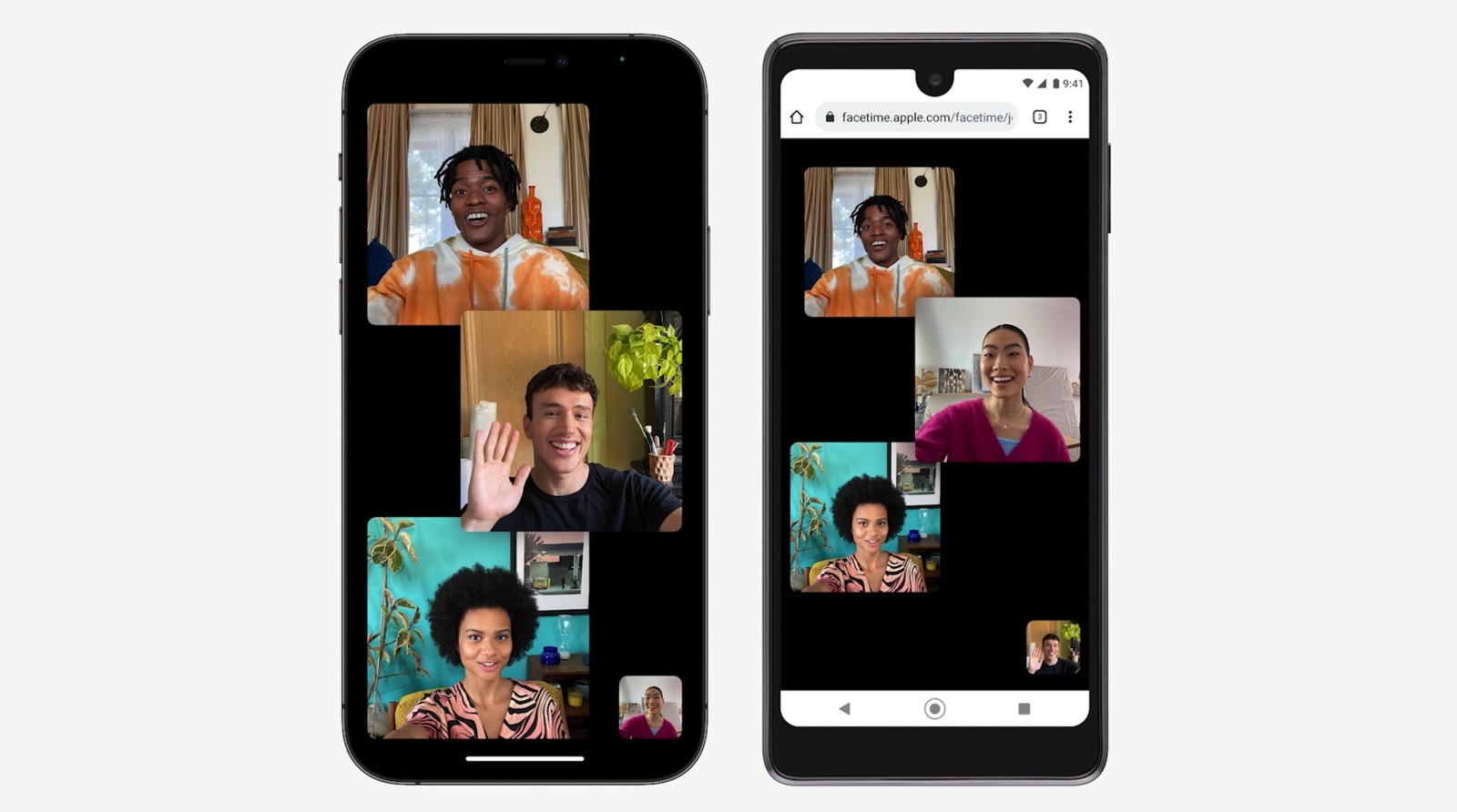 First of all, Apple’s new Spatial Audio feature is coming to FaceTime to make it seem like the sound is coming from all around you. FaceTime will also use machine learning to block out ambient noise in the background and eliminate all the background noise. A new grid view will come in handy for group FaceTime video calls, and a new Portrait Mode blurs your background and puts the focus on you.

New FaceTime links can be generated for FaceTime calls so you can share them and schedule video calls with friends or colleagues — Android and Windows users will be able to join group FaceTime calls as well, right from within their web browsers.

A new SharePlay feature set that will be used across iOS 15 lets users add music to FaceTime calls and listen together. There are even shared playback controls. Jump to a streaming app like HBO Max or Disney+ while on a FaceTime call and you’ll be able to watch in sync together! You’ll also be able to share your screen via FaceTime in iOS 15, and picture in picture keeps you in the frame while you’re screen-sharing or watching a streaming video together. On top of all that, SharePlay lets you stream your FaceTime calls to an Apple TV. 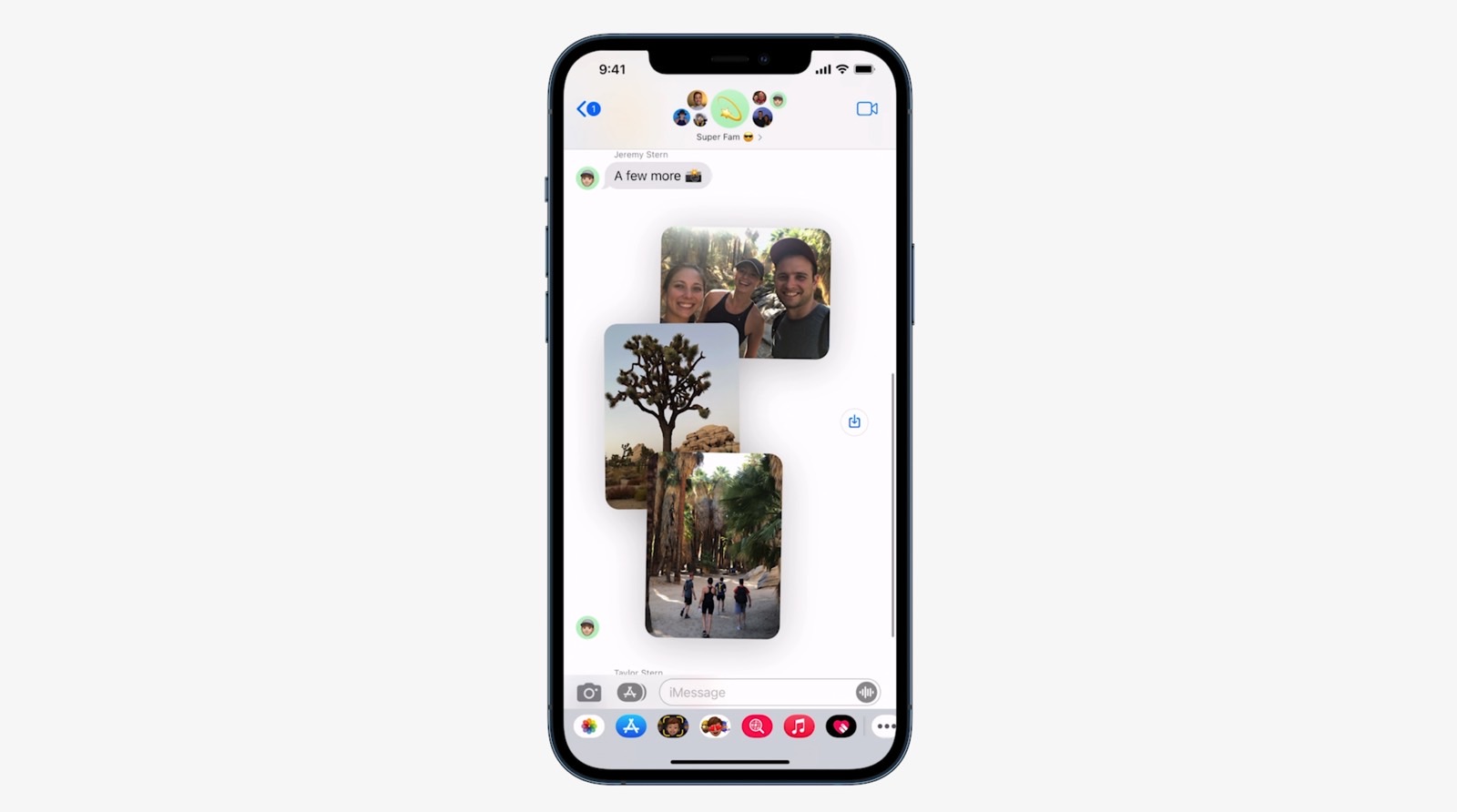 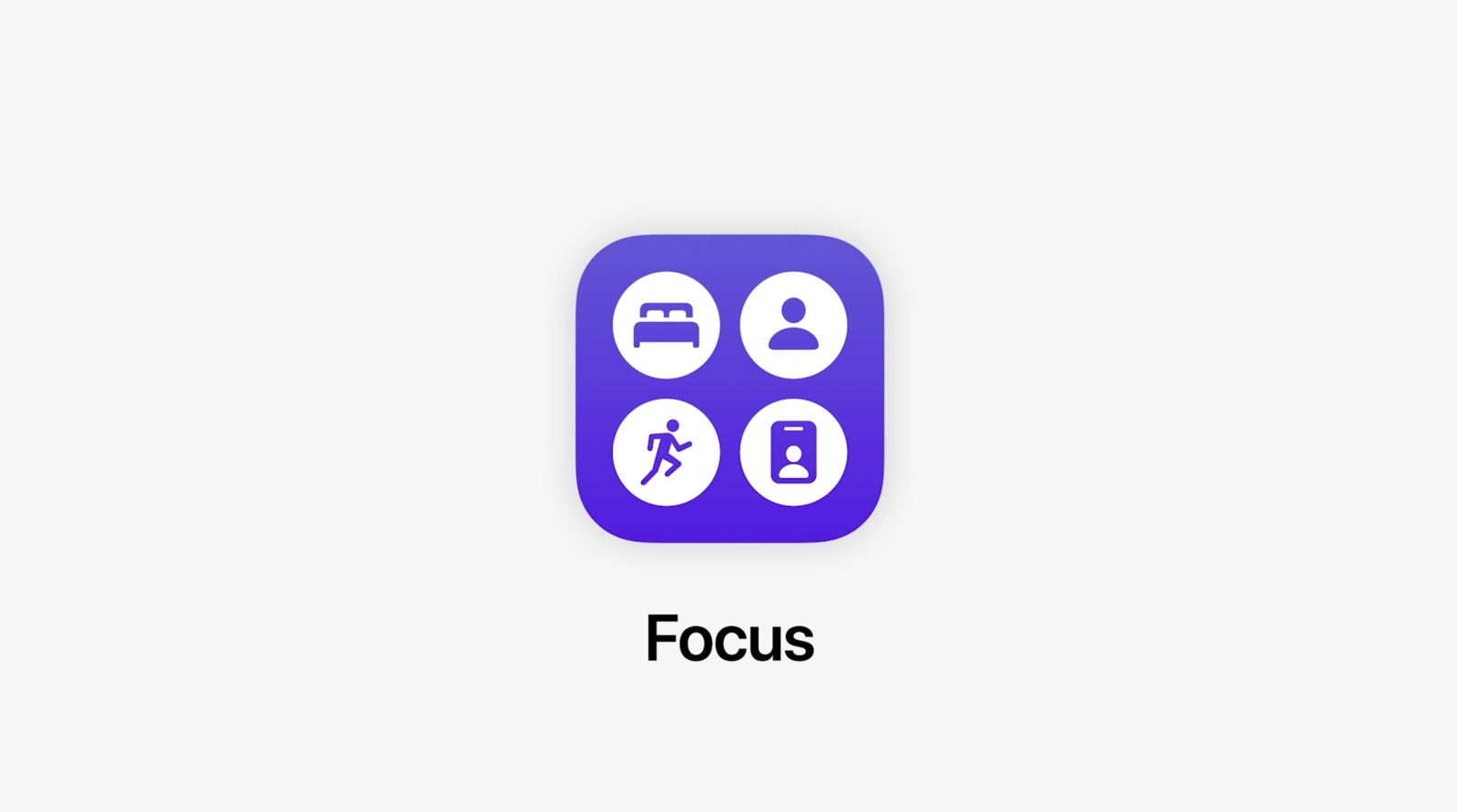 Apple’s new Focus features in iOS 15 help people cope with the fact that our attention is always being pulled in so many different directions. Focus aims to match your device settings with your current mindset. For example, when you’re at work, you can set Focus to only make work apps visible and to only display notifications from your coworkers.

Also of note, Do Not Disturb status is automatically displayed in Messages now, and a sender can override DND in the event of an emergency. 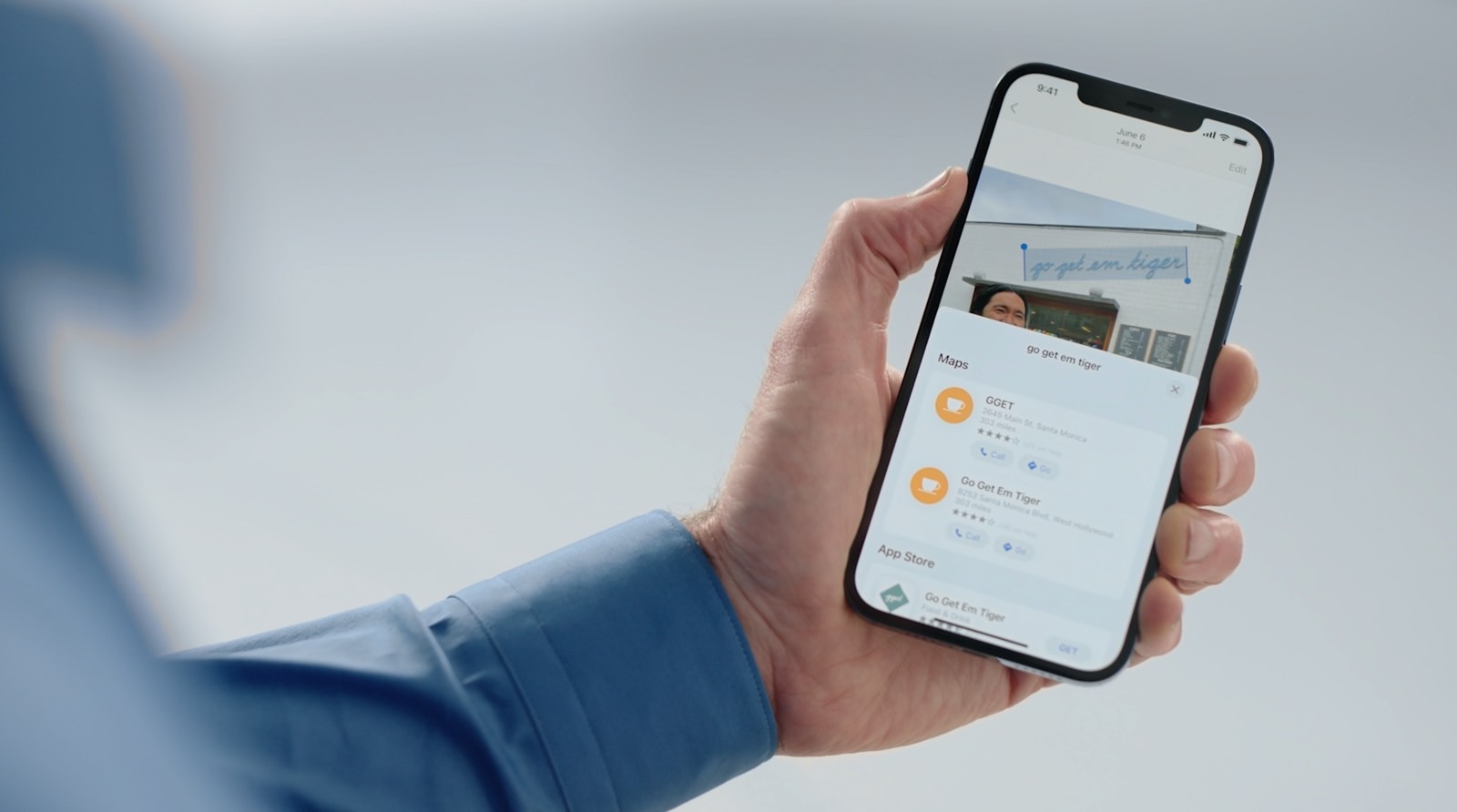 A new Live Text feature digitizes text in photos that you capture. it also works with photos that are in your photo library or images that you receive via Messages. The feature recognizes phone numbers, addresses, and more to integrate with other apps like Phone and Maps. It’s a lot like the similar features we saw Google add to Android a few versions ago. 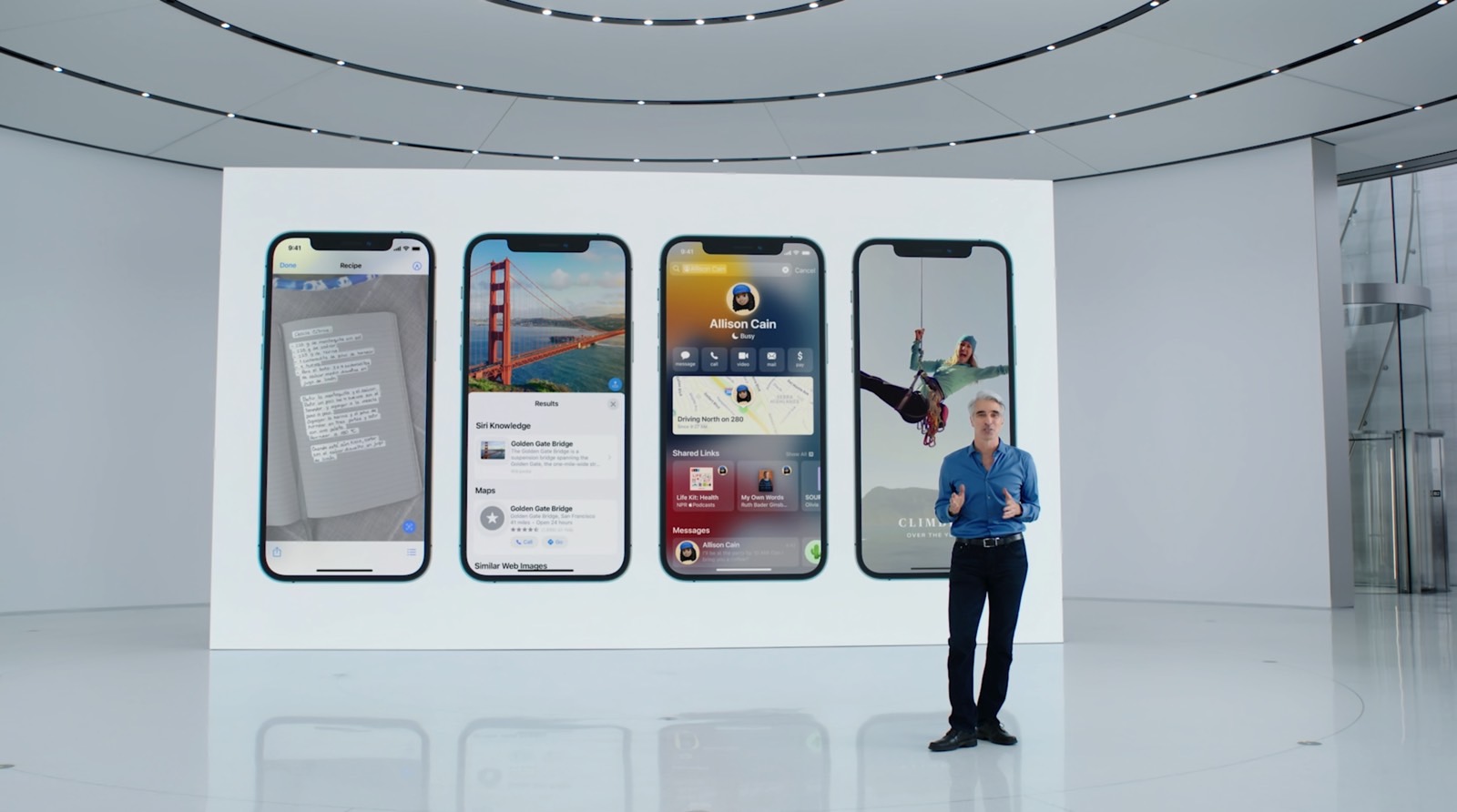 Apple’s Memories feature curates your favorite moments into heartfelt movies, and now Apple Music is integrated for the first time. Memories are at the top of the For You tab in Photos, and tracks from your Apple Music will now automatically be added. iOS 15 will even pace your Memories videos to the music. All of the videos are of course customizable if you want to make changes to photos, videos, or songs, and you can save and share the Memories videos you create. Also cool is a new feature that automatically adjusts the color and tone of your photos and videos to make them more consistent across the entire video. 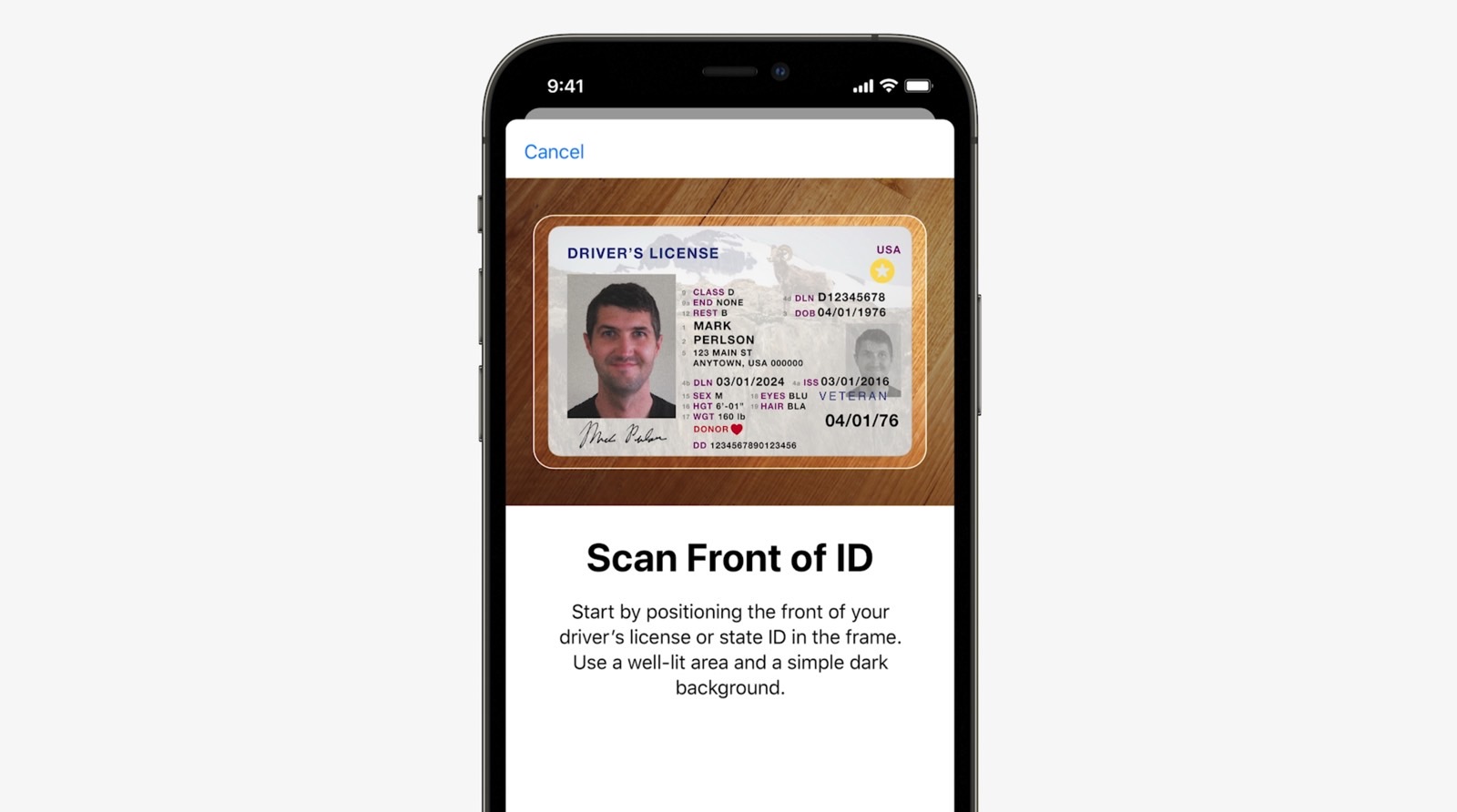 Apple’s Wallet app in iOS 15 adds support for new keys in addition to Car Keys for supported cars. That’s right — you can now add keys for supported smart logs, workplace turnstiles, and even hotels to allow you to tap to unlock.

Identity cards are coming to Apple Wallet as well. Participating states will let you scan your driver’s license or other state ID! The TSA will even support Apple’s new digital ID feature in Wallet. 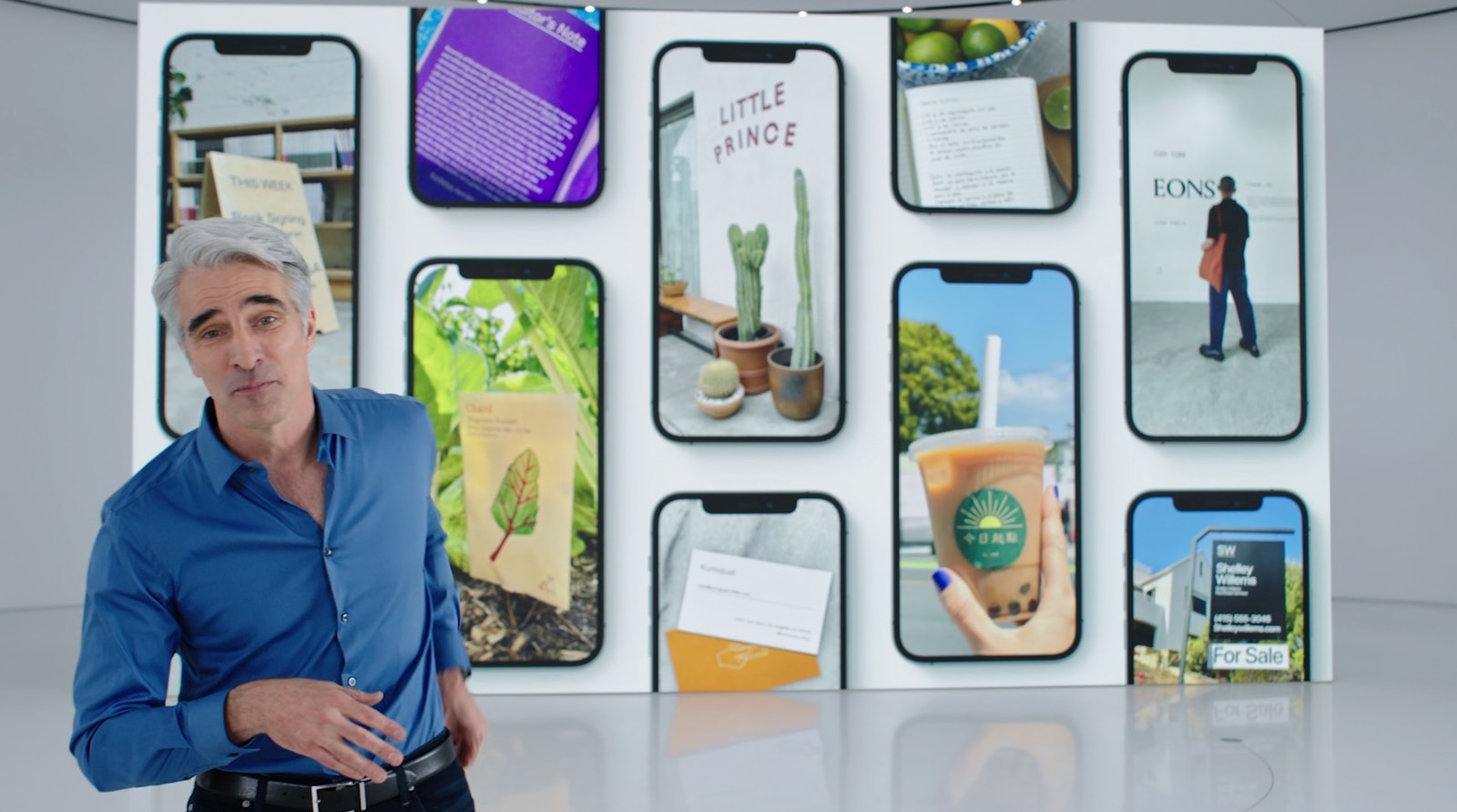 Can you imagine using a desktop web browser that doesn’t support extensions? Well, why on Earth do we need to sacrifice extensions on our smartphones and tablets? Apple is finally adding browser extension support to Safari in iOS 15. Most importantly, developers will be able to create a single universal browser extensions that work across all three of its platforms that support Safari, including iOS 15, iPadOS 15, and macOS. 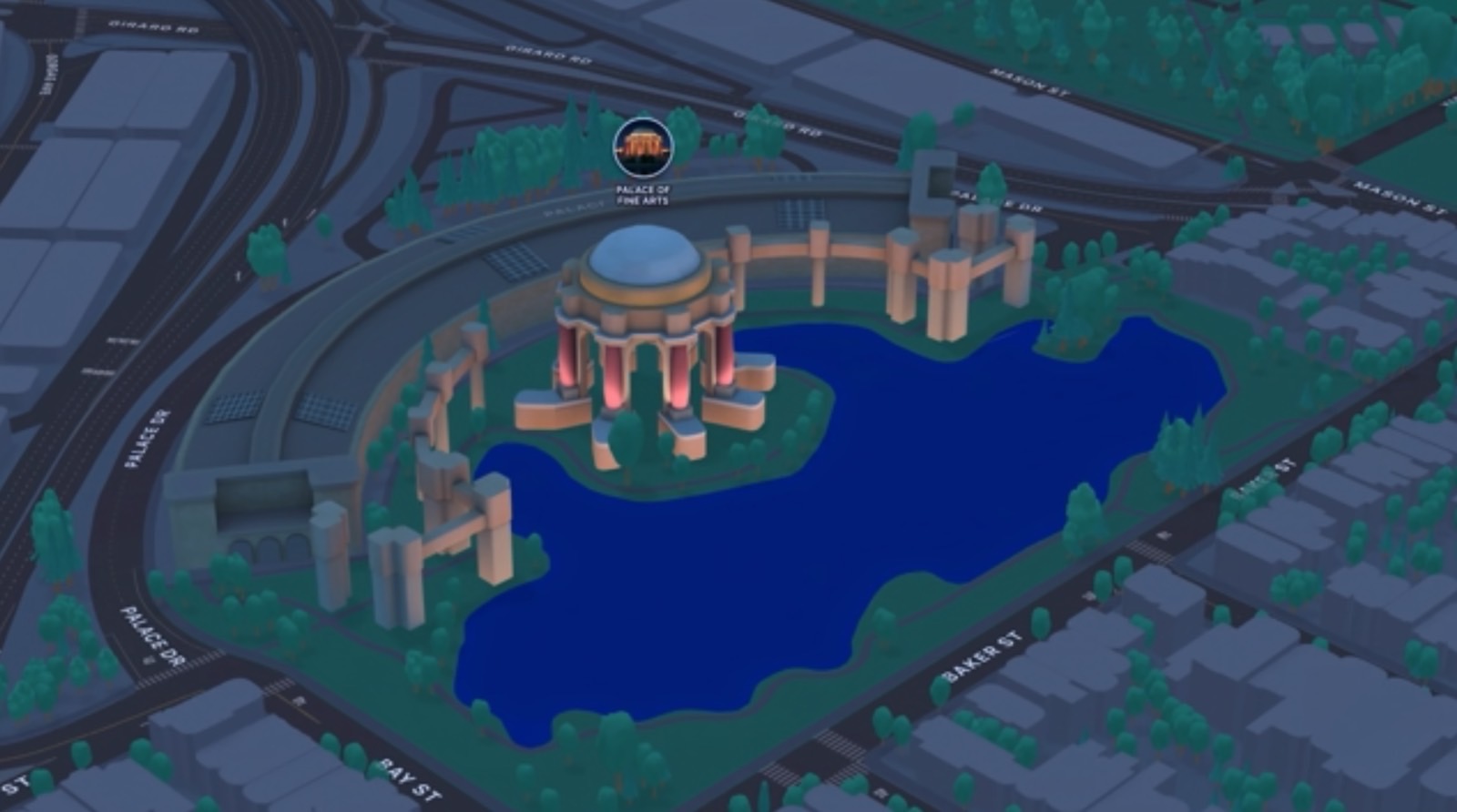 New road details have been added to Maps while you’re navigating, like turn lanes and medians. You can also see bus and taxi lanes now, as well as crosswalks and bike lanes.

Another awesome feature lets you scan your surroundings to enable a nifty augmented reality navigation mode while you’re walking! 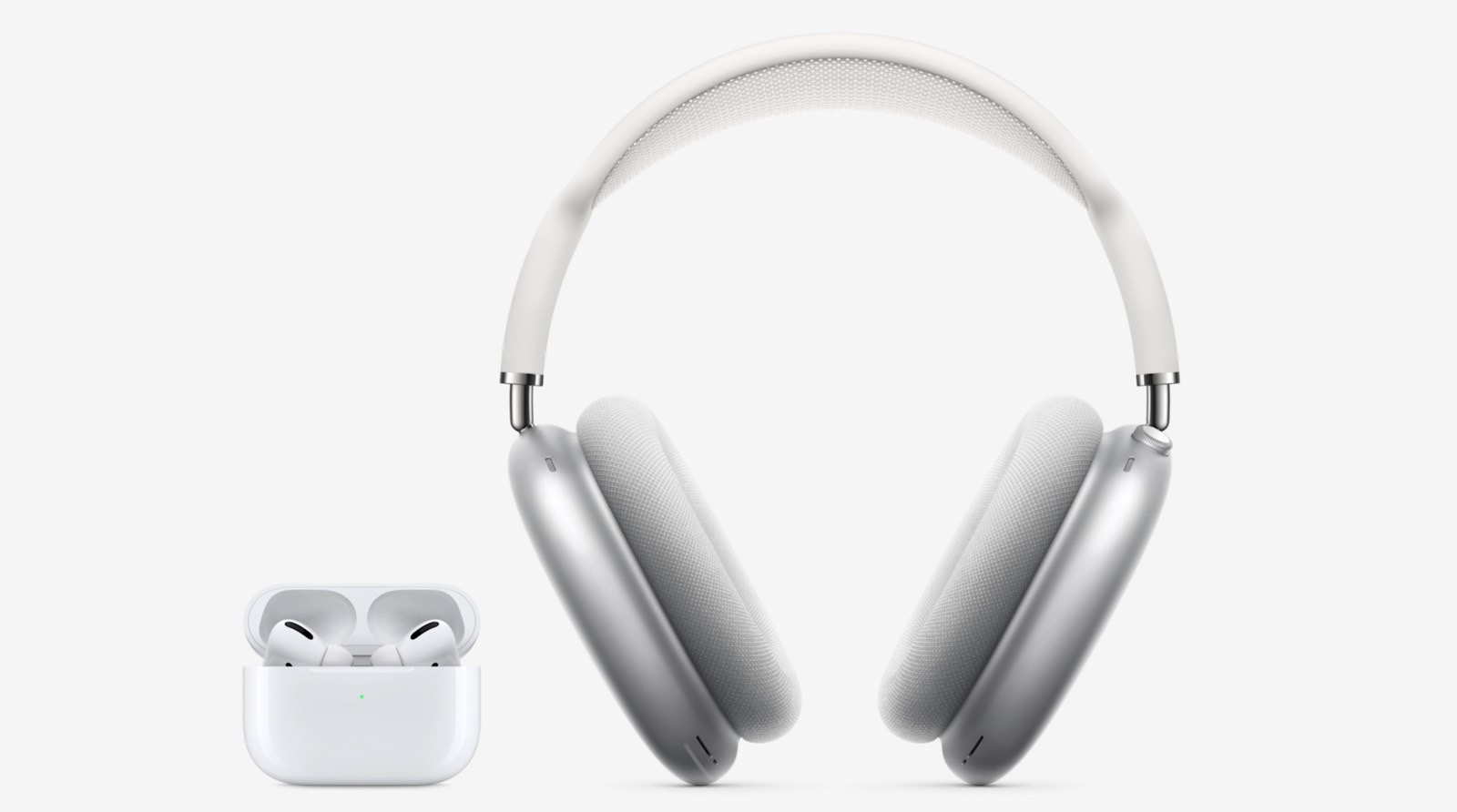 Conversation Boost for AirPods Pro lets you amplify the speaker when you’re talking to someone. Siri can also announce your notifications and even read lists to you. Apple’s new Find My network feature is now supported by AirPods as well.

Also of note, Spatial Audio is now coming to tvOS for users with AirPods Pro and AirPods Max. 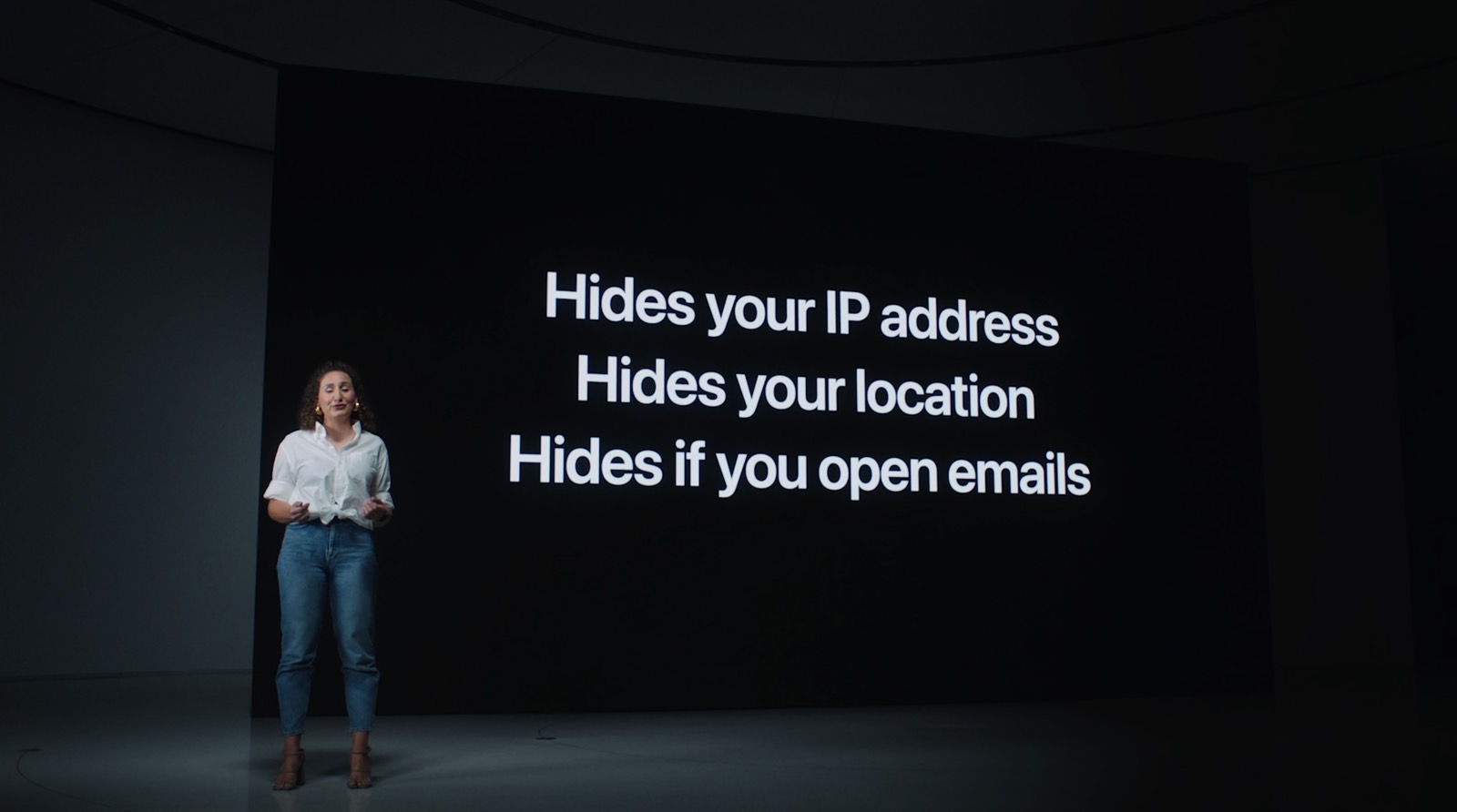 Apple has been focused on user privacy for quite some time, and now there are new privacy features that have been rolled out in iOS 15. A new feature in Mail will stop email senders from using things like pixel trackers to see when you open emails. A privacy report card will be available to show you which apps are using trackers and how they’re tracking you. There are also new privacy features for Siri, and much more.