A new robot AI called Eva is claimed to have the capability to respond, and even copy human expressions. The machine’s developers claimed that this new robot can accurately do this. 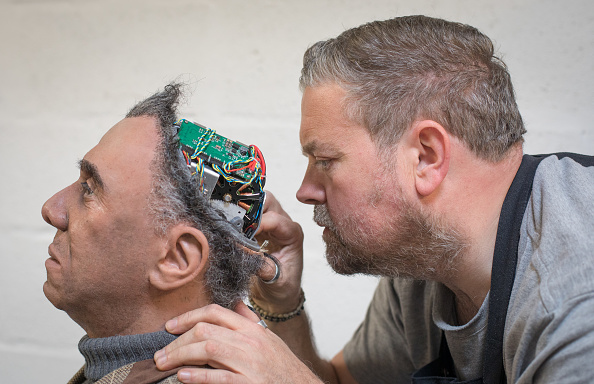 (Photo : Photo by Matt Cardy/Getty Images)
Engineered Arts prosthetic expert Mike Humphrey checks on Fred a recently completed Mesmer robot that was built at the company’s headquarters in Penryn on May 9, 2018 in Cornwall, England. Founded in 2004, the Cornish company operating from an industrial unit near Falmouth, is a world leader in life sized commercial available humanoid robots for entertainment, information, education and research.

They added that Eva could express anger, fear, disgust, sadness, joy, and surprise. If this is true, then some people will be really creeped out if they see it in person.

Researchers at the Creative Machines Lab at Columbia Engineering are the ones responsible for this new robotic artificial intelligence.

“People seemed to be humanizing their robotic colleagues by giving them eyes, an identity, or a name,” said  Hod Lipson, one of the leading researchers of the innovation.

“The idea for EVA took shape a few years ago, when my students and I began to notice that the robots in our lab were staring back at us through plastic, googly eyes,” added Lipson.

Right now, various machines are developed to make human activities easier and more efficient. These include the new AI Natural Language Voice-Command, which was developed by the United States Army, as well as the new Robot Police Dog of NYPD. 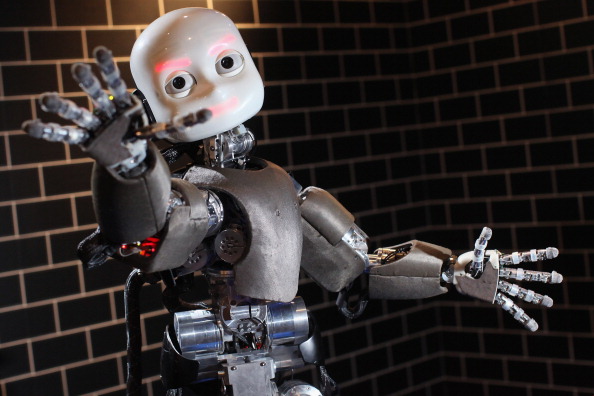 (Photo : Photo by Oli Scarff/Getty Images)
An iCub robot, developed by Fondazione Istituto Italiano di Tecnologia, Genoa tracks a ball in the Robotville exhibition at the Science Museum on November 29, 2011 in London, England. The Science Museum’s Robotville exhibition showcases 20 unique and cutting-edge robots from European research laboratories, it is free to enter and runs from December 1-4, 2011.

However, Eva is very different from them since her main goal is to act like a human being.

According to The Daily Star‘s latest report, the involved researchers faced some difficulties to make Eva more accurate.

They added that it is hard to fit the hardware, sensors, and motor inside a skull-shaped structure. Thanks to their efforts, they were able to fit them properly.

They added that it can do this by watching some videos of itself and random videos of people. Aside from this, researchers explained that Eva still has to do some trial and error before it can properly match how human expresses themselves.

CTV News reported that the researchers used 3D-printed parts to build the latest robot AI Eva. They used silicone skins in a series of nylon cables.

After that, they connected them to ten motors inside the robot’s face. Aside from these, they also used motors on the machine’s neck, which allows it to nod its head. Thanks to these parts, Eva can accurately express human-like emotions.

For more news updates about Eva and other robotic AI models, always keep your tabs open here at TechTimes.

Related Article: Kellogg’s Bowl Bot is a Robot Vending Machine To Bring a Variety of Breakfast Cereals to Choose From

This article is owned by TechTimes

ⓒ 2021 TECHTIMES.com All rights reserved. Do not reproduce without permission.