You have more than 600 followers on Twitter&quest; You have ‘Spaces’ now A snapshot of Twitter Spaces user 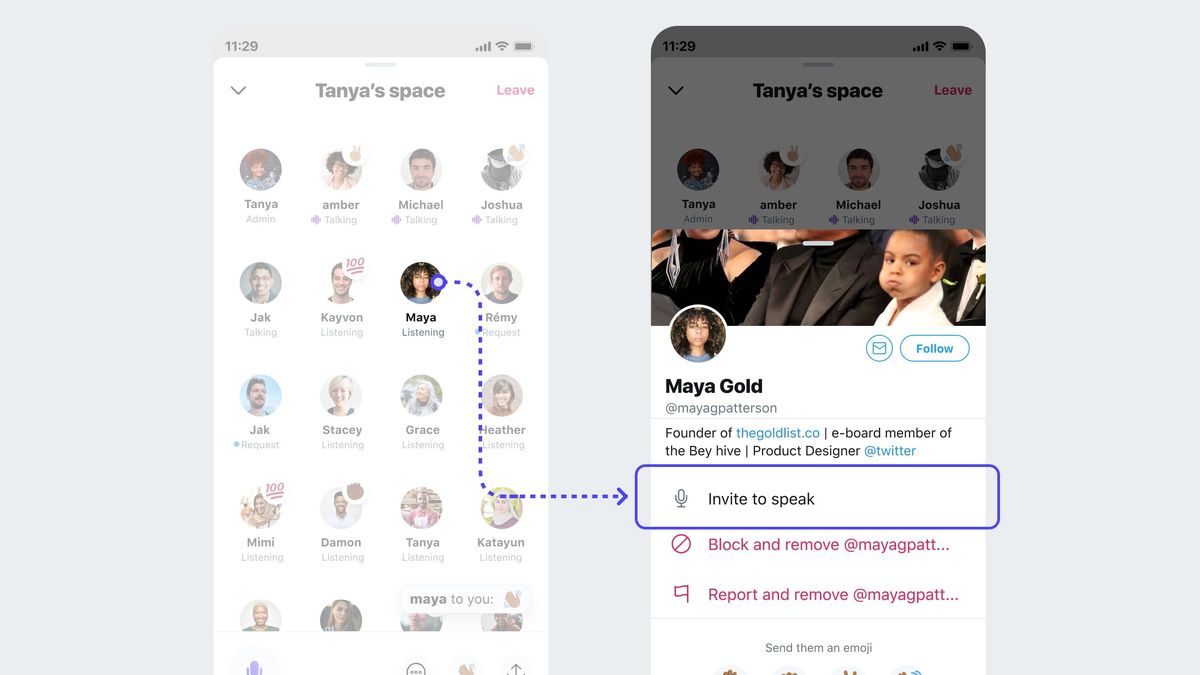 Even as Clubhouse is just beta testing for Android users, its main rival in the live audio rooms segment, Twitter ‘Spaces’ has opened up for both iOS and Android users. Anyone with 600 followers or more on Twitter, will now have the ‘Spaces’ feature.

This, obviously, is a major push as Twitter ‘Spaces’ was hitherto in limited test mode on Android while on iOS it was partially rolled out.

Twitter now seems to have beaten Clubhouse in the race for the Android users market.

But why 600 followers entry mark?

The 600 followers or more count is an interesting number. Why did Twitter choose that?

Well, in its own words: “We’re bringing the ability to host a Space to all accounts with 600 or more followers on Twitter. Based on what we’ve learned so far, these accounts are likely to have a good experience hosting live conversations because of their existing audience. Before bringing the ability to create a Space to everyone, we’re focused on learning more, making it easier to discover Spaces, and helping people enjoy them with a great audience.”

Ticketed Spaces: we’re working on a way for hosts to be rewarded for the experiences they create and for listeners to have exclusive access to the convos they care about most. soon, we’ll test ticketed Spaces with a small group where hosts can set ticket prices and quantity pic.twitter.com/uHxxvmo3wCMay 3, 2021

Further to opening up the Spaces feature to practically all, Twitter has also announced a new ticketed Spaces option, which is currently being tested with selected users.

This feature will let hosts of audio shows on Spaces to charge listeners a fee to tune in. This is clearly the first step in monetizing the Spaces feature.

Twitter will take a cut in these transactions, but it is not clear as yet as to what percentage will Twitter take.

“A limited group will be able to host Ticketed Spaces in the coming months. Hosts earn the majority of the revenue from ticket sales and Twitter will keep a small amount as well,” the company said.

It is clear that Twitter is extra keen to help users monetise from the platform. It is already working on Super Followers and Tip Jar features.

Twitter is also rolling out Spaces scheduling, and reminders for Spaces in the coming weeks, helping to keep more of your audience connected.

With Facebook also planning to get into the audio chat room feature, the segment is getting heated and interesting.