‘Google I/O 2021’ to see ‘significant’ product announcements – Will Pixel 5a be in the list&quest; Google CEO Sundar Pichai 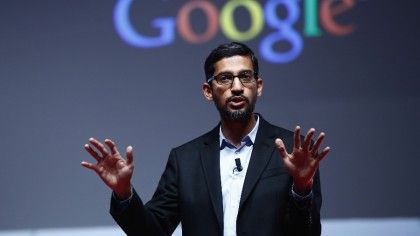 Alphabet the parent company of Google has reported big Q1 earnings with improved year-over-year growth as ad spending returned. More importantly, its CEO Sundar Pichai teased that there would be ‘significant’ product updates and announcements during the Google I/O 2021 keynote event set for next month.

The event couldn’t happen last year due to the pandemic.

But the bets are on about what could be the announcements at the event this year.

All eyes on Pixel 5a

As it happened, Pichai did not reveal anything specific.

But there is speculation that one of the products that could possibly be unveiled at this year’s event is Pixel 5a.

For the record, both Pixel 3a and Pixel 3a XL were announced at the event of 2019 vintage.

Further, the Pixel 4a was quickly followed up by the Pixel 4a 5G and Pixel 5, rounding off the company’s contingent of 2020 smartphones.

So this makes the odds shorter on Pixel 5a being launched at Google’s flagship event next month.

Can we expect an announcement on Pixel Watch?

Apart from Pixel 5a, another product that is triggering curiosity is Google’s custom chipset called Whitechapel. Earlier details had it that it would be an 8-core ARM chip, likely made in collaboration with Samsung. It may feature in Pixel 6.

The general expectation is that Google may not formally unveil Whitechapel, but will likely drop a teaser or two about it at the event.

There is also considerable speculation on the putative ‘Pixel Watch’. Then again, Google may announce it and formally release it much later in the year.

If it happens, it’ll be the first time Google enters the smartwatch market.