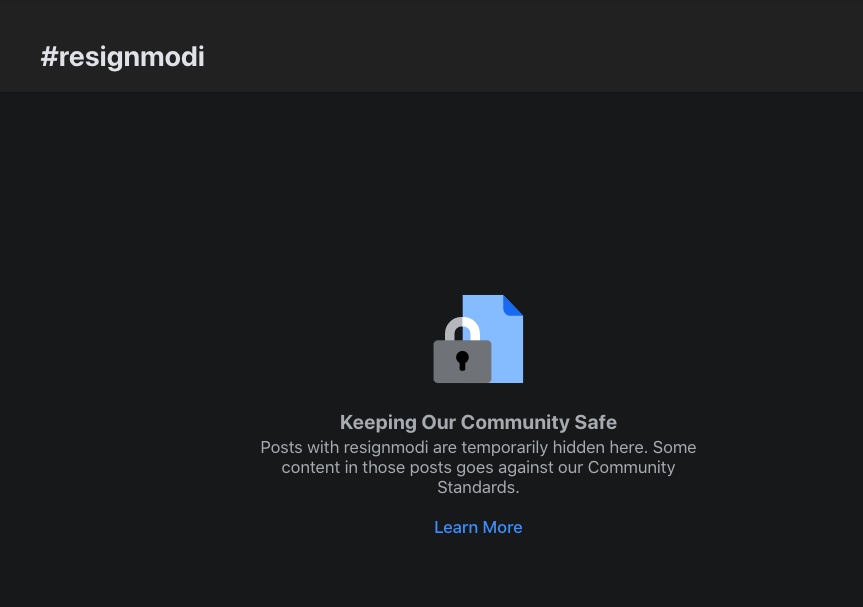 Facebook temporarily blocked searches for a hashtag that called for the resignation of India’s prime minister. The hashtag #resignModi was hidden from search results on Facebook, including in the United States, on Wednesday. The incident comes just days after Twitter was widely criticized for hiding tweets criticizing Prime Minister Narendra Modi’s handling of the coronavirus pandemic as a wave of COVID-19 cases devastates the country.

A Facebook spokesperson confirmed that the hashtag is no longer blocked and said “we are looking into what happened.” Previously, a notice on Facebook indicated the hashtag was hidden for violating the company’s community standards, but didn’t specify which. The hashtag currently has at least 12,000 posts, according to Facebook.