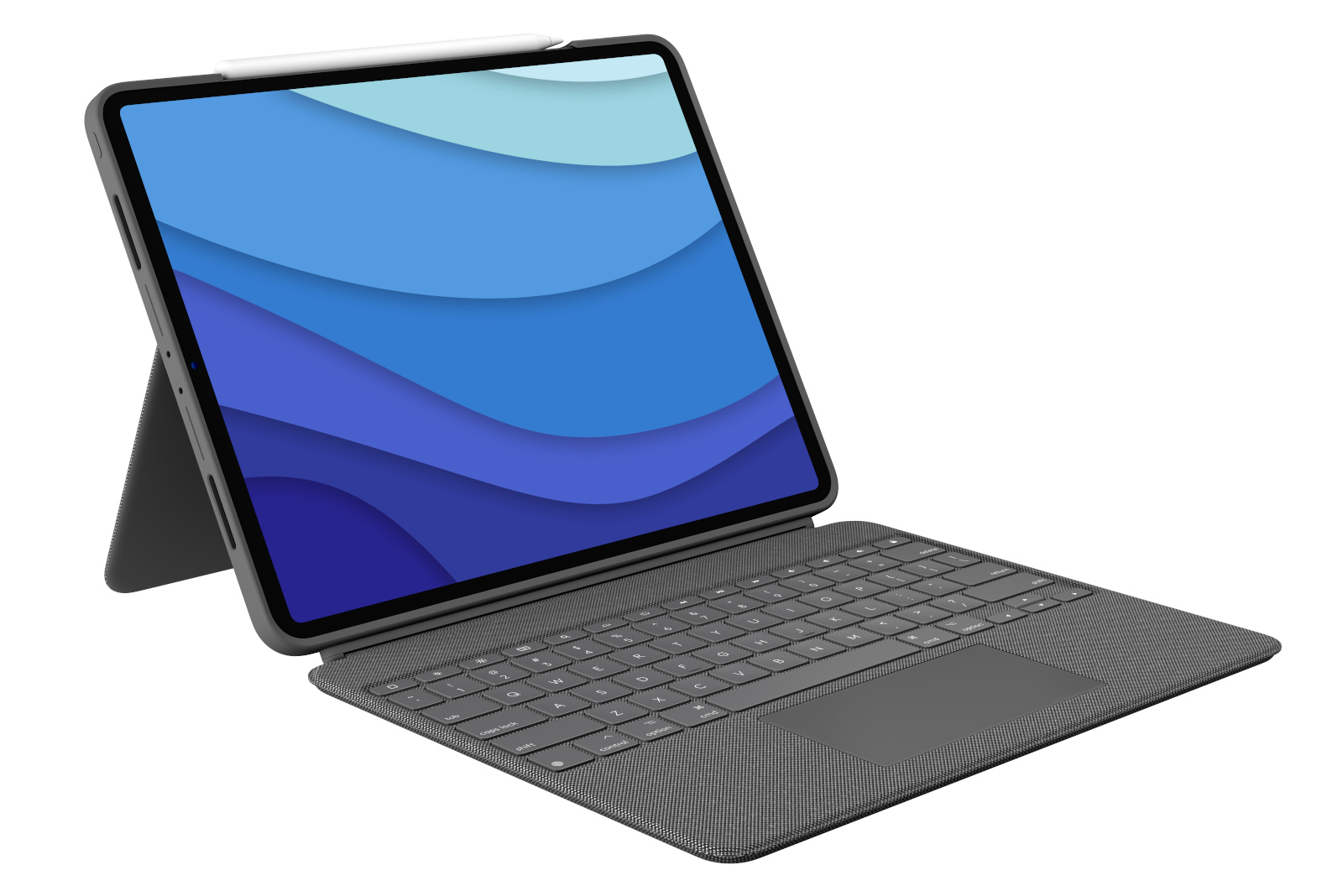 Logitech has, quite predictably, released new versions of its Combo Touch keyboard case for Apple’s newly announced iPad Pros. The company introduced the accessory for the 2019 iPad, 2019 iPad Air and 2017 iPad Pro last year, a few days before Apple rolled out iPadOS 13.4 with its full mouse and trackpad support. That software update allowed you to treat the tablet like a true laptop capable of multi-touch gestures for navigation, such as dragging and scrolling. Logitech’s Combo Touch gives you a way to take full advantage of that capability.

Combo Touch for the third-gen 11-inch iPad Pro and the fifth-generation 12.9-inch iPad Pro has a detachable keyboard, which you can remove while you’re sketching or reading. The company says the updated Combo Touch is thinner than its predecessor and has the largest trackpad it has ever created for a keyboard case. Since it lets you click anywhere for navigation, you’ll have more surface to work with.
The case also comes with an open side, so you can keep an Apple Pencil attached to the iPad. And, it connects to your tablet through its Smart Connector, so you don’t need to worry about the keyboard running out of battery. The Combo Touch case for the new iPad Pro 11″ is now available for $200 — $100 cheaper than Apple’s new Magic Keyboard — from Logitech’s and Apple’s website. Meanwhile, the 12.9-inch version will be available “soon” for $230, which is also considerably cheaper than Apple’s $349 Magic Keyboard for the larger iPad Pro.