Yak Tack is a super simple app to boost vocabulary 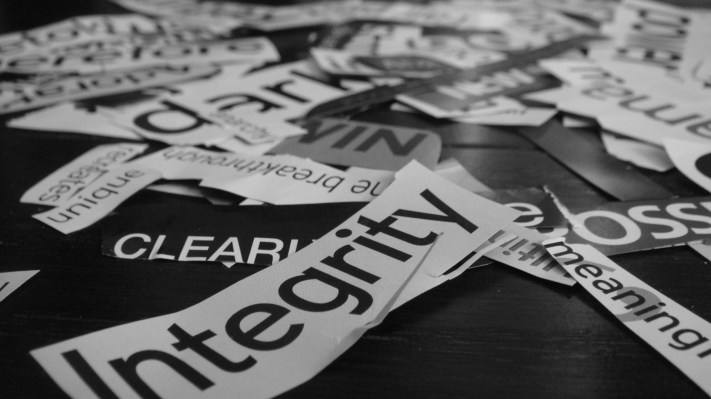 Word nerds with a love for linguistic curiosities and novel nomenclature that’s more fulsome than their ability to make interesting new terms stick will be thrilled by Yak Tack: A neat little aide–mémoire (in Android and iOS app form) designed for expanding (English) vocabulary, either as a native speaker or language learner.

The app’s core mechanic is a process it calls ‘tacking’. Here’s how it works: A user comes across a new word and inputs it into Yak Tack to look up what it means (definition content for words and concepts is sourced from Oxford, Merriam-Webster, and Wikpedia via their API, per the developer).

Now they can choose to ‘tack’ the word to help them remember it.

This means the app will instigate its system of space repetition to combat the routine problem of memory decay/forgetting, as new information tends to be jettisoned by our brains unless we make a dedicated effort to remember it (and/or events conspire to make it memorable for other, not necessarily very pleasant reasons).

Tacked words are shown to Yak Tack users via push notification at spaced intervals (after 1 day, 2,3,5,8, and 13; following the fibonacci sequence).

Tapping on the notification takes the user to their in-app Tack Board where they get to re-read the definition. It also displays all the words they’ve tacked and their progress in the learning sequence for each one.

After the second repeat of a word there’s a gamified twist as the user must select the correct definition or synonym — depending on how far along in the learning sequence they are — from a multiple-choice list.

Picking the right answer means the learning proceeds to the next fibonacci interval. An incorrect answer moves the user back to the previous interval — meaning they must repeat that step, retightening (instead of expanding) the information-exposure period; hence adaptive space repetition.

It’s a simple and neat use of digital prompts to help make new words stick.

The app also has a simple and neat user interface. It actually started as an email-only reminder system, says developer Jeremy Thomas, who made the tool for himself, wanting to expand his own vocabulary — and was (intentionally) the sole user for the first six months after it launched in 2019. (He was also behind an earlier (now discontinued) vocabulary app called Ink Paste.)

For now Yak Tack is a side/passion project so he can keep coding (and indulge his “entrepreneurial proclivities”, as he wordily puts it), his day job being head of product engineering at Gusto. But he sees business potential in bootstrapping the learning tool — and has incorporated it as an LLC.

“We have just over 500 users spread across the world (17 different timezones). We’re biggest in Japan, Germany, and the U.S.,” he tells TechCrunch.

“I’m funding it myself and have no plans to take on investment. I’ve learned to appreciate technology companies that have an actual business model underneath them,” he adds. “There’s an elegance to balancing growth and business fundamentals, and given the low cost of starting a SaaS business, I’m surprised more companies don’t bootstrap, frankly.”

The email-only version of Yak Tack still works (you send an email to [email protected] with the word you’d like to learn as the subject and the spaced repeats happen in the same sequence — but over email). But the mobile app is much more popular, per Thomas.

It is also (inevitably) more social, showing users words tacked by other users who tacked the same word as them — so there’s a bit of word discovery serendipity thrown in. However the user who will get the most out of Yak Tack is definitely the voracious and active reader who’s ingesting a lot of text elsewhere and taking the time to look up (and tack) new and unfamiliar words as they find them.

The app itself doesn’t do major lifting on the word discovery front — but it will serve up random encounters by showing you lists of latest tacks, most-tacked this month and words from any other users you follow. (There’s also a ‘last week’s most tacked words’ notification sent weekly.)

Taking a step back, one of the cruel paradoxes of the COVID-19 pandemic is that while it’s made education for kids harder, as schooling has often been forced to go remote, it’s given many stuck-at-home adults more time on their hands than usual to put their mind to learning new stuff — which explains why online language learning has seen an uplift over the past 12 months+.

And with the pandemic remaining the new dystopian ‘normal’ in most parts of the world, market conditions seem pretty conducive for a self-improvement tool like Yak Tack.

“We’ve seen a lot of good user growth during the pandemic, in large part because I think people are investing in themselves. I think that makes the timing right for an app like Yak Tack,” says Thomas.

Yak Tack is freemium, with free usage for five active tacks (and a queue system for any other words you add); or $5 a year for unlimited tacks and no queue.

“I figure the worldwide TAM [total addressable market] of English-learners is really big, and at that low price point Yak Tack is both accessible and is a huge business opportunity,” he adds.