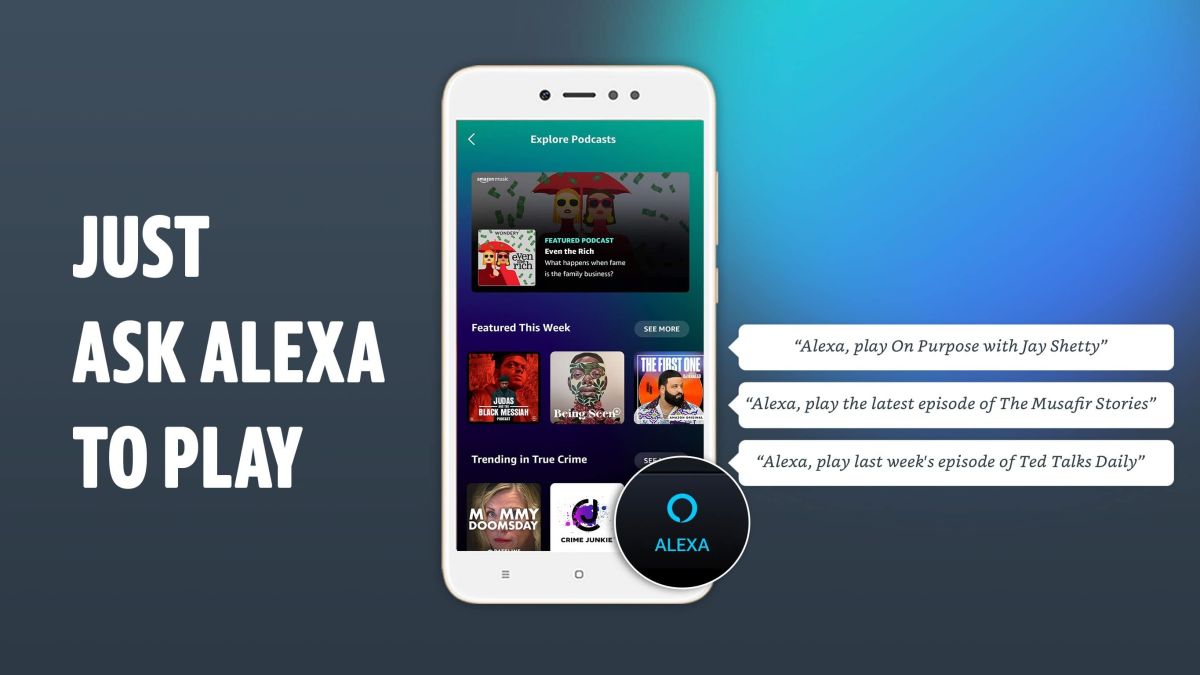 Amazon had launched podcasts on its music streaming platform last year in the US, UK, Germany, and Japan. And it is now here in India.

Amazon Prime Music users can simply ask Alexa to play any podcast episode of their choice via voice command.

The voices you know and love all in one place! Discover podcasts on Amazon Prime Music. Learn more: https://t.co/VtgVtpOB2I #PodcastsOnAmazonMusic @AmazonMusicIN pic.twitter.com/SHuTXfHIe0April 14, 2021

Amazon said it would offer local popular shows including On Purpose with Jay Shetty, Ted Talks Daily, and The Daily Mastery Podcast by Robin Sharma. It will also feature shows from creators like Cyrus Broacha, Neil Bhatt, Sadhguru, and Anupam Gupta.

Amazon said its Prime members would also have access to international Amazon Originals produced exclusively for Amazon Prime Music customers. There will be over nine million podcast episodes available in multiple languages and of different genres like motivation, business, technology, comedy, music, and fitness.

Sahas Malhotra, Director, Amazon Prime Music, India was quoted in a press release as saying, “Starting today, our service will evolve from a place to listen to 70 million songs, ad-free into an immersive destination of music, content, culture, and community. We will continue to invest in enhancing the audio streaming experience for our customers, and today’s launch signals a further investment in entertainment and a continued evolution of our service as a premiere destination for music and culture.”

More details can be had at amazon.in/podcasts

Podcasts and audio platforms are taking off in a big way now, and Amazon’s new launch coincides with that. India is the third-largest market globally for podcast listening.