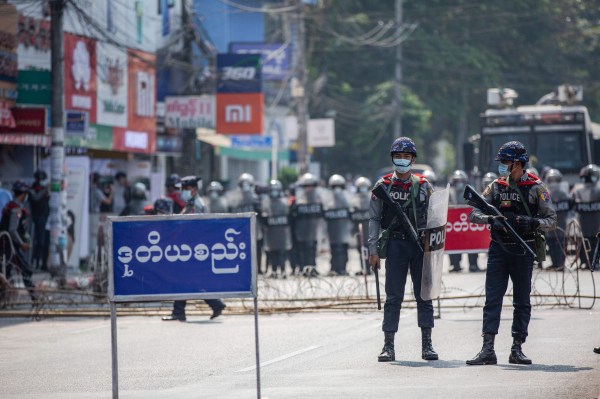 The U.S. government has cut trade ties to Myanmar, two months after the country’s military staged a coup overthrowing the country’s president and also its de-facto leader, Aung San Suu Kyi, and killed at least 200 protesters resulting from its offensive.

In a statement, U.S. Trade Representative Katherine Tai said the trade suspension would be “effective immediately” and will remain in place “until the return of a democratically elected government.”

“The United States supports the people of Burma in their efforts to restore a democratically elected government, which has been the foundation of Burma’s economic growth and reform,” said Tai. “The United States strongly condemns the Burmese security forces’ brutal violence against civilians. The killing of peaceful protestors, students, workers, labor leaders, medics, and children has shocked the conscience of the international community. These actions are a direct assault on the country’s transition to democracy and the efforts of the Burmese people to achieve a peaceful and prosperous future,” the statement read.

Myanmar (also known as Burma) and the U.S. began trading in 2013 following the easing of U.S. sanctions a year earlier after elections saw Suu Kyi’s party win by a landslide.

The trade suspension is designed to target the ruling military junta, but leaves millions of internet users across Myanmar in uncertainty as U.S. cloud and internet companies wrangle with the U.S. government order, at a time where protesters are struggling to stay online amid government-ordered internet shutdowns across the country.

Sanctions are designed to prevent the shipping of goods, money and certain services to other countries. Companies operating in the U.S. have to follow U.S. sanctions or face heavy financial penalties. ZTE pleaded guilty in 2017 to violating U.S. sanctions against Iran by knowingly shipping products to the country, and agreed to pay a near-$1 billion fine.

But cloud companies fall into a gray area and have different interpretations of the rules. Quartz reported in 2016 that internet users across Syria, Cuba, and Iran — all subject to U.S. trade sanctions — couldn’t access sites hosted by IBM, because the U.S. cloud host blocked visitors from those countries from accessing its services. Rackspace and Linode, two other large cloud providers, do not block internet traffic to users in embargoed countries but instead prevented users from those countries from signing up for their service.

Myamnar has about 17 million internet users, some 30% of the wider population. A spokesperson for the Office of the U.S. Trade Representative did not immediately return a request for comment.