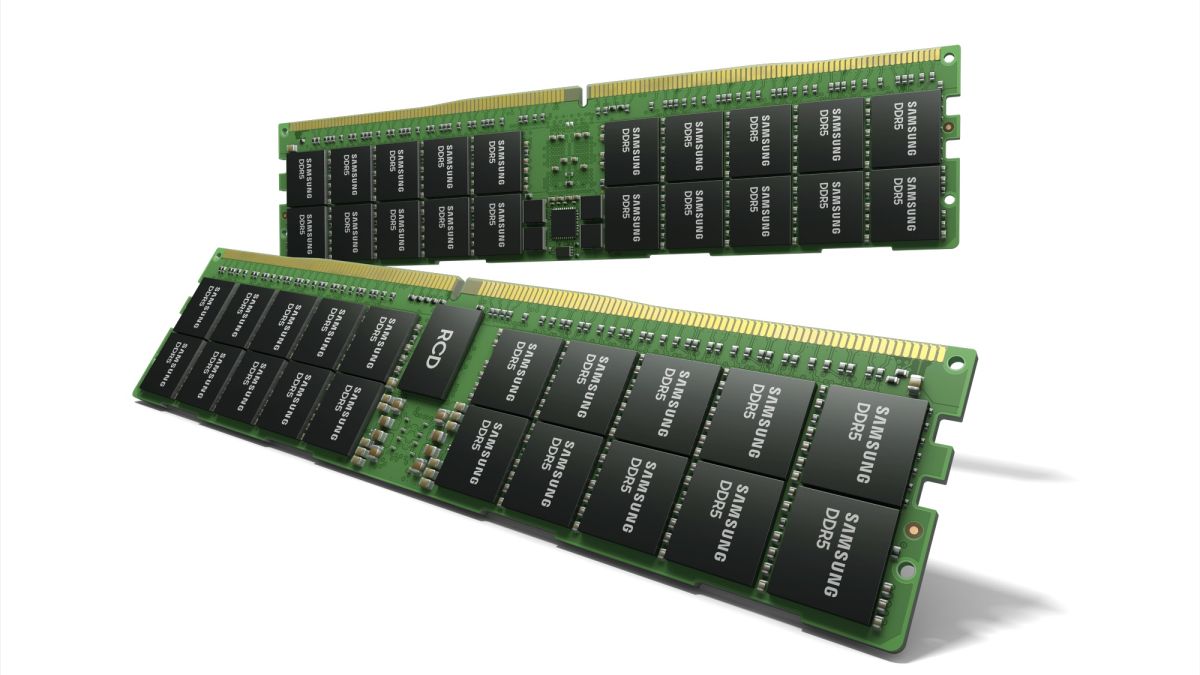 To keep pace with the demands of high-bandwidth advanced computing applications, Samsung Electronics, the industry leader in advanced memory technology, has announced that it has developed the industry’s first 512GB DDR5 (Double Data Rate 5) module based on High-K Metal Gate (HKMG) process technology.

A successor to DDR4, the DDR5 promises to double the performance at up to 7,200 megabits per second (Mbps), which is good enough speed to process two 30GB ultra-high definition movies in one second.

DDR memory can send and receive data signals twice during a single clock cycle and allows for much faster transfer rates and higher capacities.

The company claimed that the 512-GB DDR5 module is the first one to use a High-K Metal Gate (HKMG) solution to reduce power leakage.

But what is this HKMG technology?

The HKMG technology is traditionally used in logic semiconductors. It basically leverages a high dielectric material in the insulation layer to reduce the leakage of current.

The thing is in DRAM structures the insulation layer is thinned, and this had resulted in higher leakage current. But now Samsung has replaced the insulator with HKMG material to not only reduce the leakage and but also use less power. This makes its ideal for datacenters where energy efficiency is becoming increasingly critical.

The HKMG process was adopted in Samsung’s GDDR6 memory in 2018 for the first time in the industry before it was expanded to DDR5 memory.

This is expected to come in handy to power the computers needed for, among others, medical research, financial markets, autonomous driving, and smart cities.

Samsung said it also applied through-silicon via (TSV) technology for the latest DDR5 memory to stack eight layers of 16-gigabit DRAM chips for the industry’s top capacity of 512GB.

Besides the 512GB module, Samsung is currently sampling different variations of its DDR5 memory product family to customers for verification and certification. This includes its partners including Intel Corp.

Samsung’s HKMG-based 512GB DDR5 memory is still in the verification stage and is likely to be available in the market in the latter half of 2021.