How long will it take for Clubhouse to release on Android&quest; Clubhouse in App-store 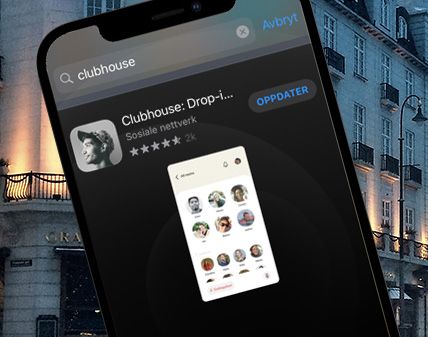 With Twitter, Facebook and Telegram quickly coming up with alternatives, there is an imperative need for social audio app Clubhouse to scale to millions of new users if it is serious about its growth. For that it needs to be available on Android platform as early as possible.

Till now Clubhouse while suggesting that its Android version was in the works had not specified any time to it.

Now its founder Paul Davison, in a recent Town Hall update, has said that the Android version “looks to be a couple of months away.”

A TechCrunch report said Clubhouse also plans to bring in more tweaks to the app’s ‘Activity feed’, and also add new tools to give users more control over their push notifications.

New updates like showing users a personalized list of suggested rooms that appear on screen when they first open the app are also on cards.

Clubhouse under pressure as rivals up the ante

As we said, Clubhouse has to fend of its adversaries Twitter, Facebook, Telegram et al as they all have upped their game on audio chat rooms stakes.

Twitter Spaces is in beta mode on Android, and while Facebook is working on audio-only Messenger Rooms as its alternative. Telegram has unveiled its Voice Chat 2.0 in its latest update.

The advantage for Clubhouse’s main rivals is that they already have an established presence and their scalability is relatively easier. Further, they have more options to make their offerings more engaging.

It is a challenge that Clubhouse is aware of and that is why it is working on interesting tweaks to its existing offering.

The main challenge for Clubhouse may lie in coming up with personalization for users to identify live chats that will be of relevance to them.

Clubhouse is also mulling the idea of giving the chop to invite-only set up, and move towards opening up the platform to everyone, so that it sheds the tag of it being a ‘snob club’.

Clubhouse, currently on iOS alone, has an invite-based entry system. But has created a niche for itself in a very short period.