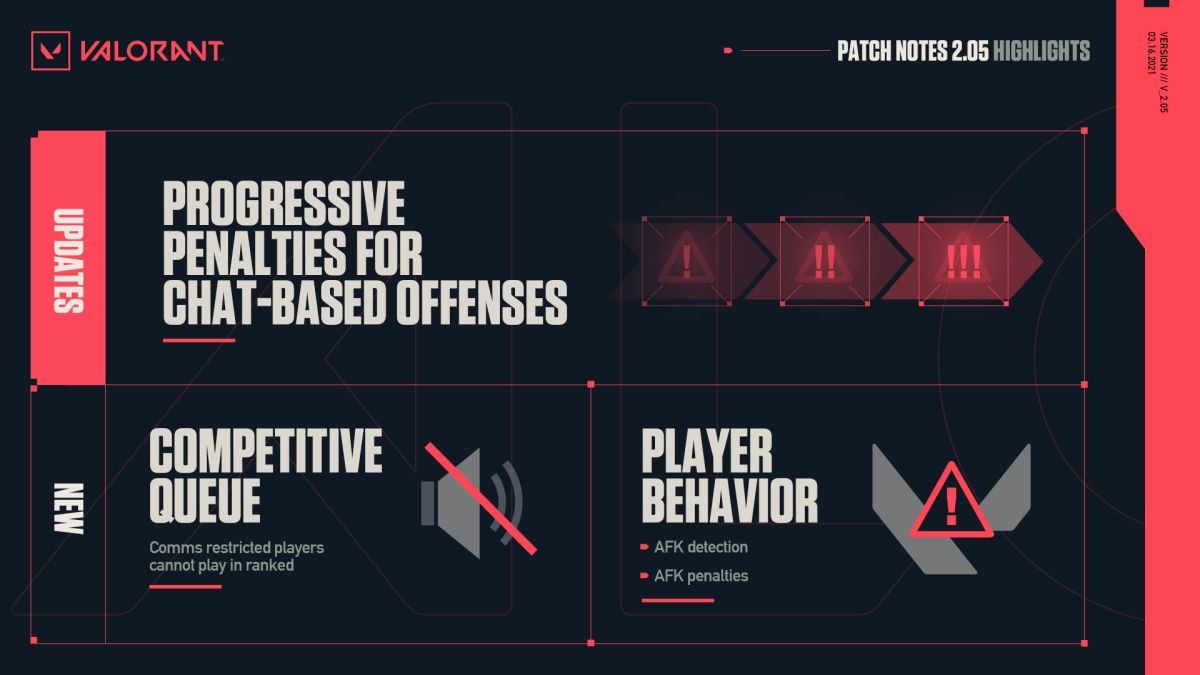 Valorant devs at Riot Games have released a new patch numbered 2.05 which deals with player behaviour and repercussions. Player toxicity has been one of the age-old issues of gaming, and Riot Games wants to deal with the problem and straighten out deviant players.

The new update, according to the patch notes, will bring progressive penalties for chat based offenders and restrictions from ranked gameplay. Besides this player behavior updates sees an improved AFK detection system and bring with it AFK penalties. Besides this, there are some changes to Astra and Sova as well. Here’s a look at all the changes.

The new update brings with it an improved AFK detection system with updated penalties for AFK offenses which include warnings, queue restrictions, XP denial, Competitive queue bans, and game bans.

The penalties for chat-based offences have also been updated to include warnings, chat restrictions, Competitive queue restrictions, and game bans. This will come with a reminder that zero-tolerance offenses will result in game bans automatically.

Some changes were made to the competitive mode as well and the ‘Career: Act Rank’ tab now has a toggle that allows players to choose to enable or disable their Act Rank with the default being on. The ‘Match History’ tab now allows players to filter their matches per mode.

One of the new additions this time around is that players dodging Competitive games will receive a small rank rating penalty. And tuned Radiant Rank Rating gains and losses to be more consistent with Immortal rank rating behavior. Besides this the Custom Games layout and visuals have been updated.

The devs have added unique keybinds to the options menu for both Sova and Astra for using Owl Drone and the Astral form. Besides this, there are a host of new bug fixes which can be found with the patch notes.