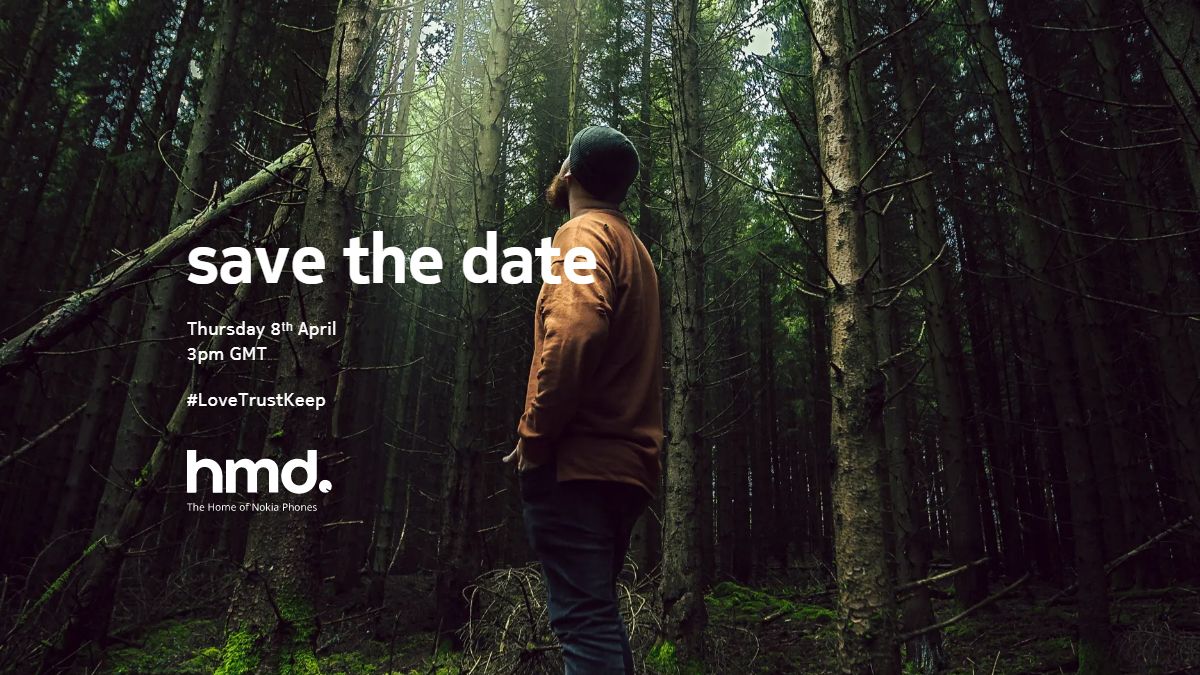 There are both official and unofficial Nokia updates to share this weekend. First the official news: Nokia brand owner HMD Global has announced a launch event for April 8, when we’re presumably going to be given a look at its next premium-level smartphone.

The event invite uses the hashtag #LoveTrustKeep and has an image of a man staring up at a canopy of trees. We’re not sure we can glean anything from those clues about what might be in store, but feel free to use your own imagination.

We haven’t heard too much in the way of Nokia rumors recently, but one possibility for what’s getting launched at this event is the Nokia 10 – the long-awaited sequel to the highest-specced phones currently in the Nokia range, Nokia 8.3 5G and the Nokia 9 Pureview.

NokiaPowerUser has some interesting inside information that could be relevant here: its sources are reporting that a new Nokia phone is on the way with a Qualcomm Snapdragon 775 processor on board and a 108MP primary camera as one of five cameras fitted around the back.

What’s in a name?

NokiaPowerUser goes on to point out that the Nokia G10 name has been spotted in regulatory filings, and Nokia’s rather stretched naming strategy for its smartphones could certainly use a nice clean reboot.

More details revealed in the leak suggest 4K/60 fps  video recording support, on-board 5G, and compatibility with the latest Wi-Fi 6E networks and devices. It would seem that we’re looking at a mid-to-premium-range phone here.

None of this is guaranteed yet, and we had heard previously that Nokia was readying a handset powered by the Snapdragon 875 processor, now announced and available as the Snapdragon 888. It’s possible that several different models are in the pipeline.

Something is coming on April 8 though, whether it’s the Nokia G10, a flagship phone with a different name, or neither of those two options. No doubt we’ll hear a few more rumors and predictions about what’s in store between now and then.