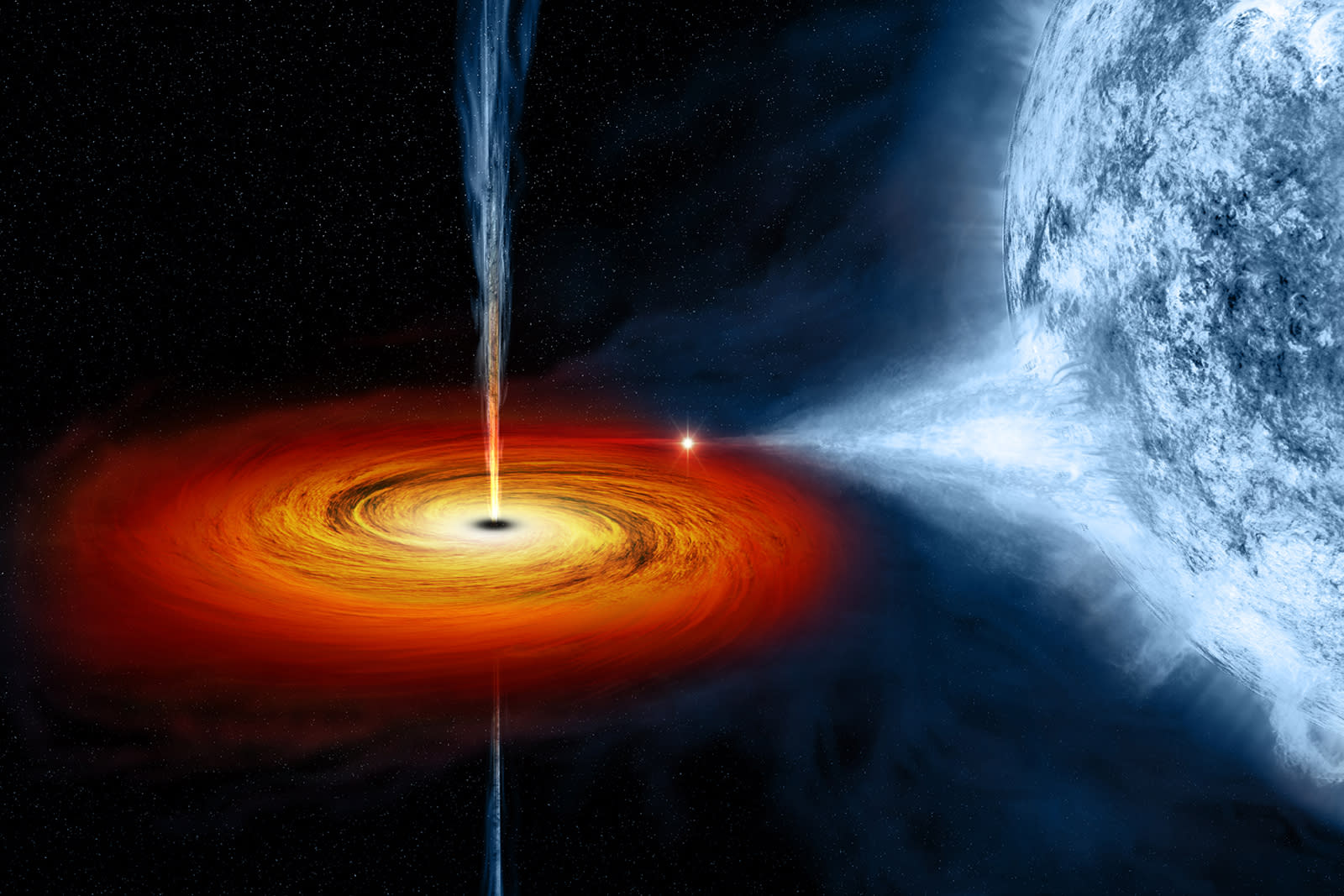 Astronomers might need to adjust their expectations for black holes. According to the New York Times, an international research team has determined that Cygnus X-1, one of the first discovered black holes, is considerably more massive than once thought. The binary-system based hole was originally pegged at ‘just’ 15 solar masses, but is now believed to be 21 solar masses.

That may not sound like much when supermassive black holes are equivalent to millions or even billions of solar masses, but it’s enough to throw off existing models. A black hole that massive can’t have formed in the Milky Way based on past estimates of lost stellar mass — scientists might need to rethink their calculations for those losses. It’s no longer all that certain how Cygnus-X1 became a black hole.

It’s not a complete shock. Teams using the Laser Interferometer Gravitational-Wave Observatory (LIGO) have generally observed black holes more massive than X-rays would suggest. Cygnus X-1 served as a benchmark, though, and its larger-than-expected mass will prompt tweaks to modelling even though it won’t fundamentally change humanity’s understanding of the cosmos.