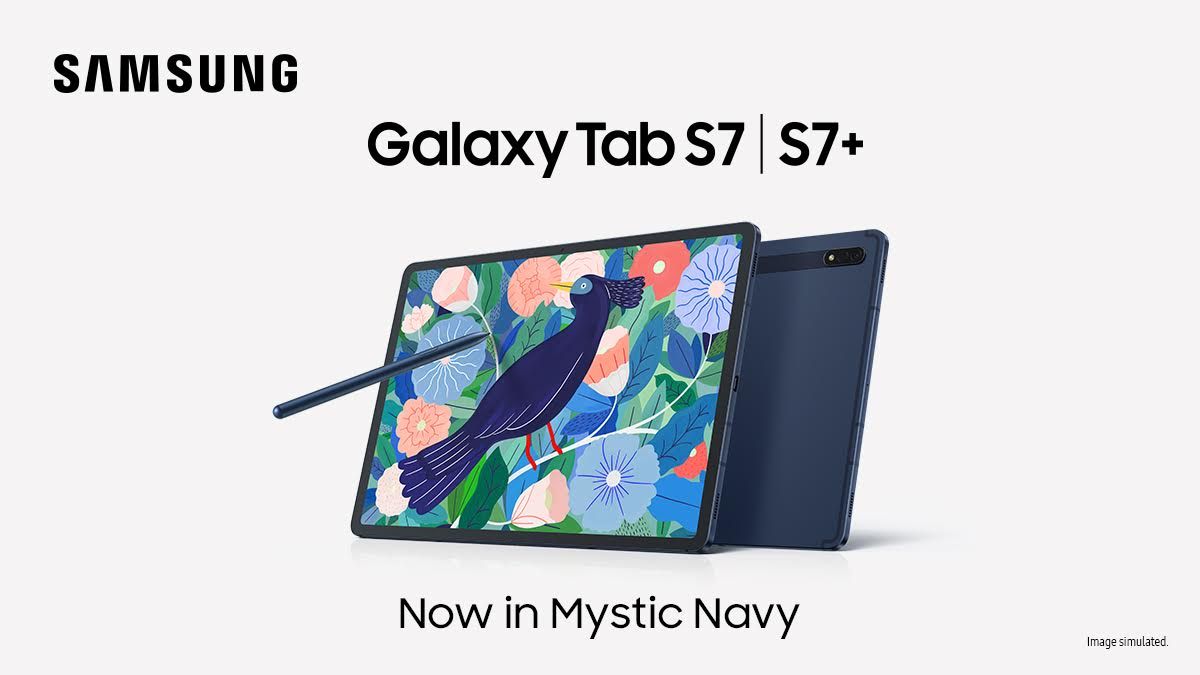 Samsung launched the Galaxy Tab S7 and Galaxy Tab S7 Plus last year and it has now brought in a new refreshed look to the device. Calling it so might be a long shot for now, but we hear that the company plans to give the tab a new Mystic Blue hue for India.

Additionally, Samsung has also pushed a new update on the tablet which introduces One UI 3 software. The newest device update from Samsung also improves the S Pen features of the tablet.

On the front end of things, the Samsung Galaxy Tab S7 comes with an 11-inch LCD panel with quad-speaker setup and audio from AKG and Dolby Atmos. While the Galaxy Tab S7 Plus comes with a 12.4-inch Super AMOLED display that has 120Hz refresh rate along with HDR10+ compliance. The tabs feature a resolution of 1752 x 2800.

Both the Samsung Galaxy Tab S7 and Tab S7 Plus run using Snapdragon 865 Plus chipset which makes them top of the line devices. It features 8GB RAM and 128GB UFS 3.0 storage as well.

In terms of cameras the Tab S7 and Tab S7 Plus come with dual-rear camera modules. The primary among these cameras have a 13-megapixel sensor and are accompanied by a 5-megapixel secondary sensor with a ultra-wide lens. It also features an 8-megapixel front snapper.