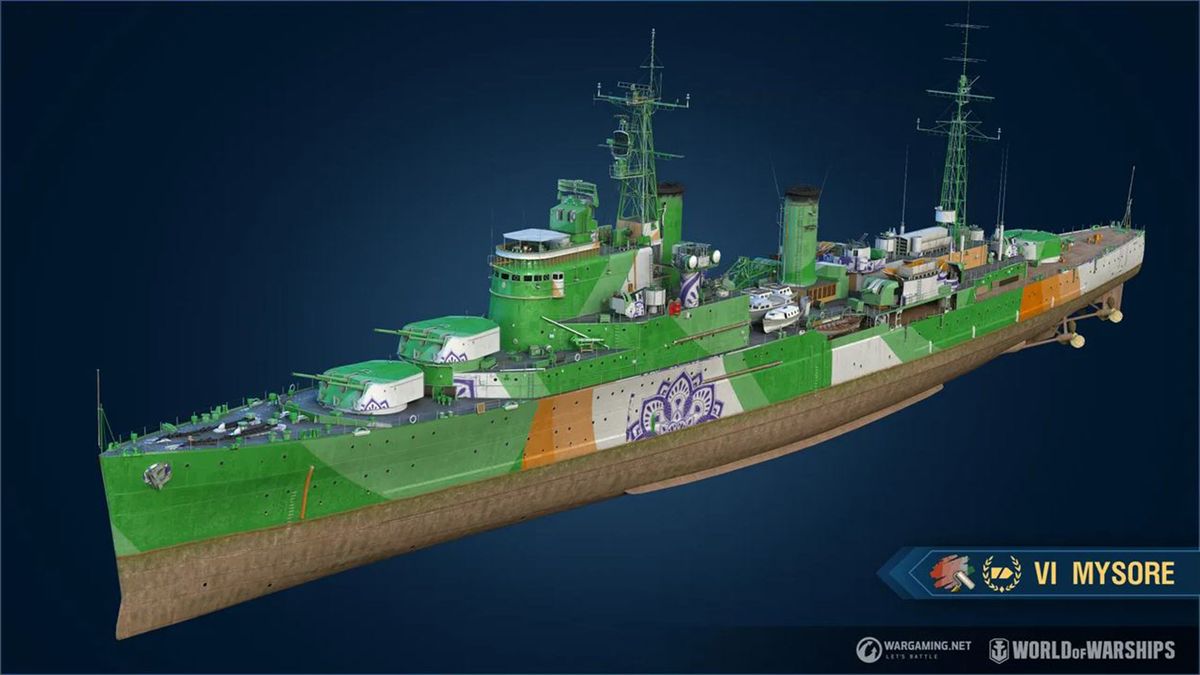 This new INS Mysore in the game is a Tier VI cruiser which is an in-game representation of the exact replica of the real INS Mysore. This is part of the Commonwealth tech tree in the game.

And in a recent report from IGN India, Rajeev Girdhar, Regional Publishing Director, World of Warships Europe said that the players had a positive response to introducing subsidised in-game currency prices in partnership with ISP ACT Fibernet and Zotac.

“The players’ response was very positive. We plan to support the Indian market with more locally adapted content, such as our introduction of INS Mysore,” he says. “We are hoping to resume our local activities which have been hampered heavily by the COVID-19 outbreak.”

As for INS Mysore, it was a Fiji-class cruiser which was commissioned to the Indian Navy by the government back in the year 1957. It was formerly a part of the British Royal Navy where it was named the HMS Nigeria and even took part in World War 2.

The INS Mysore was the flagship for the western fleet of the Indian Navy during service and during the raid of Karachi Harbor in 1971, it served as the command ship. In the game it comes with a special tri-colour skin as well. It is currently available in the game.