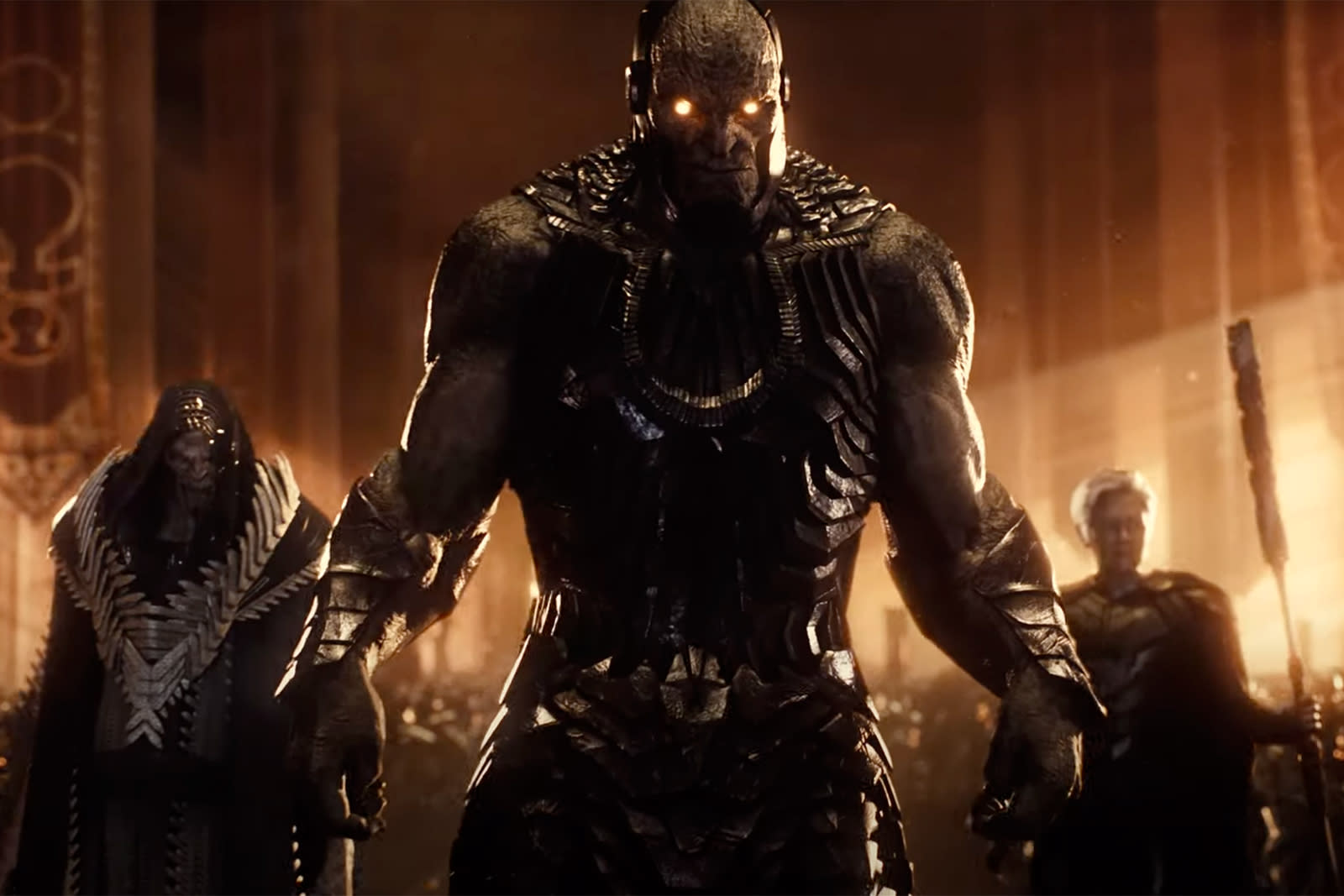 You no longer have to wonder what Zack Snyder’s cut of Justice League looks like in action. HBO Max has released a full trailer for the reworked superhero movie, and the streaming service is unsurprisingly highlighting the changes Snyder made to the movie. You now get a good look at Darkseid, the legendary DC villain who was meant to be the nemesis of the original movie. And yes, Jared Leto’s take on The Joker is back.

As you’ll recall, this take on Justice League is a response to calls to release the mythical “Snyder Cut” of the movie rather than the Joss Whedon take that reached theaters in 2017. However, it’s not just a simple edit or restoration. WarnerMedia is believed to have poured $70 million into the project, including brand new photography and effects, and Whedon’s footage isn’t expected to appear in this roughly four-hour production.

The re-do premieres March 18th. It might not be HBO Max’s biggest title when Warner Bros. is releasing all its 2021 movies on the service, but it’s still important as a test of whether projects like this can reel in subscribers. Wonder Woman 1984 helped drive record growth, but that was a brand new movie — it’s another matter to revive a movie that struggled in theaters.