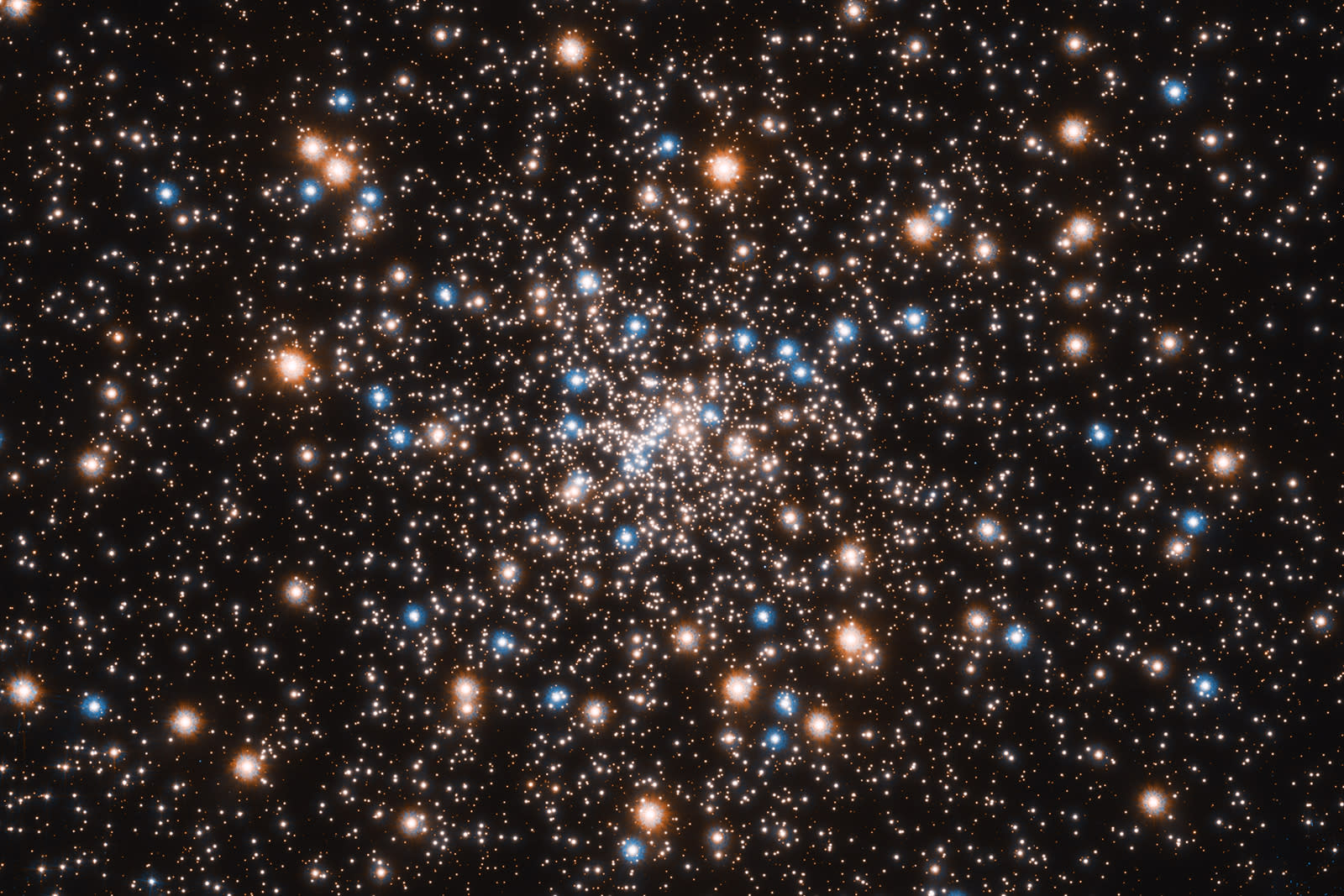 Larger black holes may be the usual attention-getters, but the smaller ones may be at least as important. A team using the Hubble Space Telescope has discovered a concentration of small black holes in the NGC 6397 globular star cluster (pictured above) 7,800 light-years away — the first to have its mass and extent recorded. While the researchers had hoped to find an elusive intermediate-mass black hole, this represents a breakthrough of its own.

Part of the challenge came from determining the mass. Scientists used the velocities of stars in the cluster, gathered over several years from both Hubble and the ESA’s Gaia observatory, to find the masses of the black holes. The normally invisible bodies tugged stars around in “close to random” orbits rather than the neatly circular or elongated paths you’d normally see with black holes.
The group likely formed as the black holes fell toward the cluster’s center through gravitational interactions with smaller stars. Heavier stars tend to gravitate toward the middle even when they haven’t collapsed into black holes.

The findings could expand humanity’s understanding of black holes and the phenomena they create. A bunch like this may be a key source of gravitational waves, for instance. So long as researchers can collect more data, this surprise discovery might pay plenty of dividends.