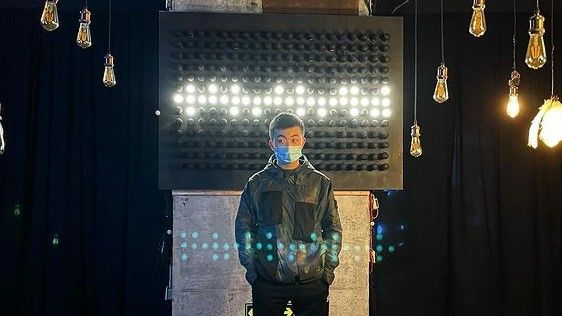 Pei Yu or Carl Pei, as he is popularly known outside China, left OnePlus almost a year back. Since then he’s constantly been making news –  initially doing nothing and later announcing Nothing as his new company.

The company has already raised $22 million in investment out of which $15 million came from Google Ventures. Interestingly all he has revealed till now is that after his amicable departure from the Chinese smartphone brand OnePlus, he will train his focus on audio products, primarily. Though details have been murky till now.

In a bid to keep this curiosity around Nothing, a trait that we can relate to from his OnePlus days, now Pei has provided a few hints around the company’s plans. In an interview with Bloomberg, Pei said that the company plans to start with simpler products like wireless earbuds.

The London-based startup has bigger plans with Pei stating that “We’re building an ecosystem of smart devices.” He further added, “We’re going to have multiple products throughout the year, not just audio products, and eventually we want to build it so these devices talk to each other.”

Interestingly, Google is very keen on creating an ecosystem of connected smart home devices. It already has a range of such devices that help automate your daily routine. These smart devices form a major share of Google’s hardware business that has not seen much success with the Pixel branded phones.

On the other hand, with True Wireless earbuds as its first product, Nothing may just be playing it safe at this early stage. The market of these audio accessories appears to have grown multifold especially after the pandemic brought the world to a halt. The new normal that includes remote work, remote education and remote entertainment has been the reason behind almost every tech brand we know is trying its hands in these fast-selling tech gadgets.

OnePlus, the company that Pei founded, is one such company that announced similar products and has been betting big on them. Though Pei had earlier in a candid discussion with The Verge said that “Nothing won’t just re-label somebody else’s products.” He also added, “There’s a reason why a lot of products on the market look quite similar. It’s because they share a lot of the same components and the same building blocks”.

These could well be perceived as remarks about his ex-employers, though there is also a parallel perception that Carl Pei could continue the OnePlus connection. And the latest reports of him going after the high-demand hearing accessories could well reinforce this thought.

Of course, the one thing we know for sure is that Carl Pei has a knack of creating the curiosity around products and then revealing things in a manner that keeps the interest levels high over a long period. So, watch this space as Nothing unveils.