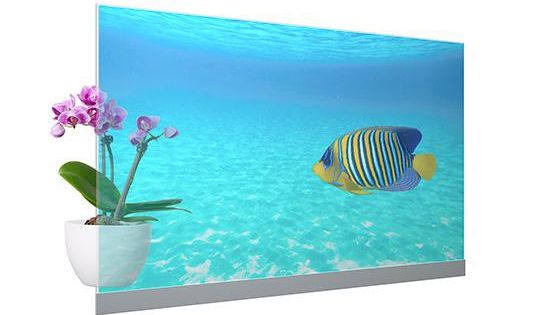 Electronics manufacturer Panasonic has finally started selling commercial units of its transparent OLED TVs, and it could be the start of a transparent display revolution – though probably not for the kind of smart TVs found in your home.

The see-through OLED models, the TZ1000 and TZ1100, may have similar naming conventions to Panasonic’s home cinema darlings – the HZ1000, HZ1500, and HZ2000 – but these transparent displays couldn’t be more different.

For one, they’re both HD sets, meaning you won’t get the 4K resolution of Panasonic’s other displays. For this reason, they make do with an HDMI 1.4 port rather than the HDMI 2.0 or HDMI 2.1 standards deployed on today’s latest smart TVs.

These displays are aimed at commercial applications, such as retail or shopping centers, which means they’re unlikely to make it into living rooms in the near future. We did, however, get the chance to see a home prototype in action at IFA 2019, acting as a glass cabinet when not in use, and obscuring the background behind the display when activated.

Both LG and Samsung have worked on similar tech – LG is the manufacturer of the panel, in fact – but we’re still in early days when it comes to widespread development of see-through screens. Panasonic’s release of its transparent OLEDs in “Japanese and Asia-Oceania markets” this December, with a global release expected soon after, shows a big commitment to the technology.

To see or not to see

Would you even want a transparent OLED in your home? There are certainly some use cases to be entertained: a window that doubles as a smart display, for example, or possibly a room divider that doesn’t inflict a black slab on your decor when the television functions aren’t in use. The slim 3.8mm design of the TZ1000 bodes well for

There’s a central issue with transparent OLEDs, though, which is that pixels that don’t emit light are see-through by default, rather than black as in traditional OLED displays. It’s this ability to show a true black, by turning off a pixel entirely, that leads to the infinite contrast and deep blacks OLED TVs are known for.

Panasonic is attempting to fix this discrepancy, with a dimming filter on the TZ110 that can darken the screen when desired – albeit while doubling the thickness of the display. So there are solutions at play, even if they limit some of the more flexible applications of the technology.