How will the global storage market evolve? Samsung SmartSSD 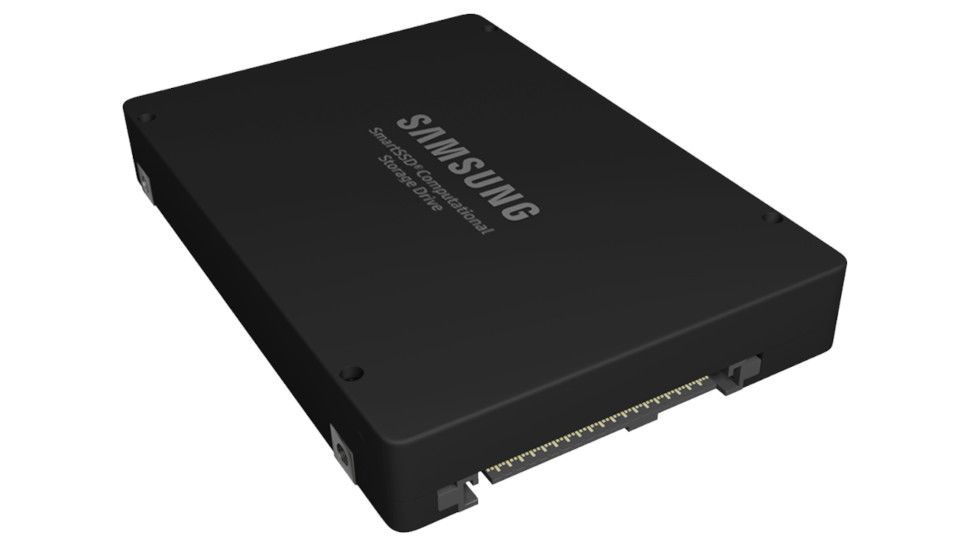 The data storage landscape is constantly evolving to meet the ever changing needs of consumers all over the world. We’ve come a long way in the last few decades, not only in terms of the evolution of the storage technology, but also in improving the storage capacity while reducing the form factor of storage devices.

The story of storage

The evolution of storage media has been astonishing. From magnetic tapes to HDDs and now SSDs, storage technology has gone from strength to strength.

While magnetic tapes, that were in vogue in the 1960s, could be regarded as the first commonly used type of storage devices, in the true sense, the data storage industry began with the introduction of the floppy disk drive (FDD) in 1971, and continued to grow following the commercialisation of the first hard disks in the late 70s and early 80s.

It was however the introduction of the personal computer that led to an unprecedented demand for these early storage technologies, which led to an exponential growth thanks to an invigorated interest from manufacturers the world over.

Samsung has been an integral part of the engine that has been driving this change. An example of its stewardship is the development of the 16Kb EEPROM, that’s widely regarded as the precursor to flash memory, all the way back in July 1984.

The company then shifted its focus to Mask ROM (MROM) which was back then popular for its use in gaming devices like the Game Boy and the Tamagotchi. Not satisfied with the existing Mask ROM solutions, Samsung decided to develop its very own MROM technology, which debuted in 1989.

However, since demand for MROM was limited to a particular segment, Samsung, which had long predicted that flash memory would come to dominate the market, turned its attention to portable flash memory. Samsung’s first commercially available flash drive hit the shelves towards the end of 2000, and once again cemented the company’s position of leadership in the storage sector.

The road to flash

Flash memory came about as a replacement for the existing storage media.

One of the biggest reasons for the uptake of Flash memory back in the day was that Flash memory was an EEPROM (electronically erasable programmable read-only memory) that does not require a power source to retain the data.

In fact, Flash memory is so named because the erasure process of the contents of a flash memory reminded the colleague of one of its co-inventors of a flash of a camera.

Our exposure to flash memory is mainly through its use in portable devices like digital cameras, smartphones, portable music players, as well as via portable storage devices such as USB drives, and memory cards.

Samsung has in fact been championing Flash storage for over 18 years. It was the first company to mass produce a 1 Gb NAND flash drive back in 2002.

With a string of groundbreaking developments under its belt, including introducing and mass producing the world’s first 3D V-NAND-based SSD, Samsung continues to lead the market with data storage products that deliver unmatched levels of quality and performance.

SSDs will continue to dominate

NAND flash has reduced erase and write times, and requires less chip area per cell. This makes it highly suitable for use in mass-storage devices, such as memory cards and SSDs that store data on multiple NAND flash memory chips.

Having been at the forefront of the NAND flash technology, Samsung was quick to realise the potential of SSDs. No surprise then that the first PCs to feature 32GB SSDs built-in were the Sens Q30PLUS Samsung Note PC, and the Sens Q1 ultra-mobile PC.

Up until the release of these PCs, flash memory had mainly been used in devices like digital cameras, MP3 players and USB flash drives. Until the release of the Samsung Sens PCs not many had considered using NAND flash storage in PCs due to costs and other concerns. Samsung proved once again to be a game changer by developing SSDs that were more price competitive and could be easily applied to consumer notebook PCs.

Following the successful launch of the Sens PCs, Samsung officially launched its consumer SSD business in 2010, and introduced the SSD 830 series in 2011, followed by the SSD 840 series in 2012.

SSDs allow for greater dexterity than HDD. Memory cells are the building blocks of the NAND flash storage SSDs, which hold the actual data. Each memory cell can store a certain number of bits, which are registered on the storage device as either 1 or 0.

Between SLC (single-level cell), MLC (multi-level cell), and TLC (three-level cells) SSDs you get plenty of choice between speed and durability. SLCs for instance are the fastest and most durable, but their cost makes them suitable for enterprise customers. MLCs are a bit slower than SLCs and also take a hit in durability and reliability because data is written to the NAND flash more often than with an SLC. TLCs sacrifice some speed, reliability, and durability but compensate by packing more capacity than SLC and MLC drives into a smaller package, which makes them the most popular kind of SSDs.

SSDs also don’t have moving mechanical parts, unlike HDDs, which not only makes SSDs faster (and quieter), but also means you can have them in various form factors, which is simply not possible with an HDD.

All things considered, if you want your storage to come in different shapes and sizes, so as to fit in the current generation of devices or the new and upcoming ultra-portables, you should definitely be looking at flash.

Today, Samsung continues to push flash memory technology and the SSD market forward with one first-of-its-kind innovation after another.

Looking into the future

So what does solid state technology hold for the future of storage?

With consumer demand for storage constantly on the rise, SSDs are well on their way to displace the traditional HDDs as the defacto storage medium. It’s no longer a question of “if”, rather just a matter of how soon.

Like with any new technology, consumers were a little hesitant to adopt SSDs in the early days, mainly due to the price of the first solid state drives. However, soon a large number of consumers began to prioritise capacity and performance over price. Once again, Samsung was quick to deliver and fulfilled their need for speed with the innovative PCIe-based NVMe interface.

As consumers across the world compute on-the-go, going forward there will be an increasing demand for storage that’s not only faster and reliable but also portable — features that Samsung SSDs are in a unique position to deliver.

There is an argument that with the rise of cloud storage options, there will be a fall in the demand of locally accessible storage. However, thanks to advancements in SSD technology manufacturers like Samsung are in a position to tailor their storage devices for specific use cases. This makes them change with the times and use their expertise to enhance all sorts of mobile storage applications, from smartphones to gaming consoles.

In fact, as gaming experiences become more demanding and traditional storage devices prove to be a bottleneck, SSDs will come to the rescue of the next-gen gaming devices. The prevalence of smartphones that replace traditional PCs altogether will give rise to computing devices in more exotic form factors. We are already witnessing the steady rise of credit-card sized PCs with the growing popularity of single-board computers like the Raspberry Pi, which will continue to accelerate the demand for SSDs.

Samsung is uniquely positioned to design, develop, and manufacture storage devices that cater to these new era of computing devices. By undertaking these three key stages of development in-house, Samsung can seamlessly deliver a fully integrated and optimised solution that eliminates the risk of component compatibility errors.

With its own fabrication unit, Samsung has the added advantage of being a vertically integrated supplier of all its SSD components, which helps assure end-to-end integration and unmatched quality.

All the key components of an SSD, such as the custom Elpis controller, V-NAND and DRAM, are completely designed in-house.

Samsung continues to invest billions of dollars on R&D to help ensure that its products remain a cut above the rest. In fact, it even works with various vendors at its own global R&D centers to deliver streamlined performance.

Today, as the world is in the midst of what is being referred to as the Fourth Industrial Revolution — an era in which technologies like 5G and big data are changing the way we work and live, and generate vast amounts of data — storage technologies are poised to become increasingly more important.

Irrespective of how the market evolves, you can rest assured that Samsung is uniquely positioned to take advantage and continue to lead the world into the “era of the tera”.