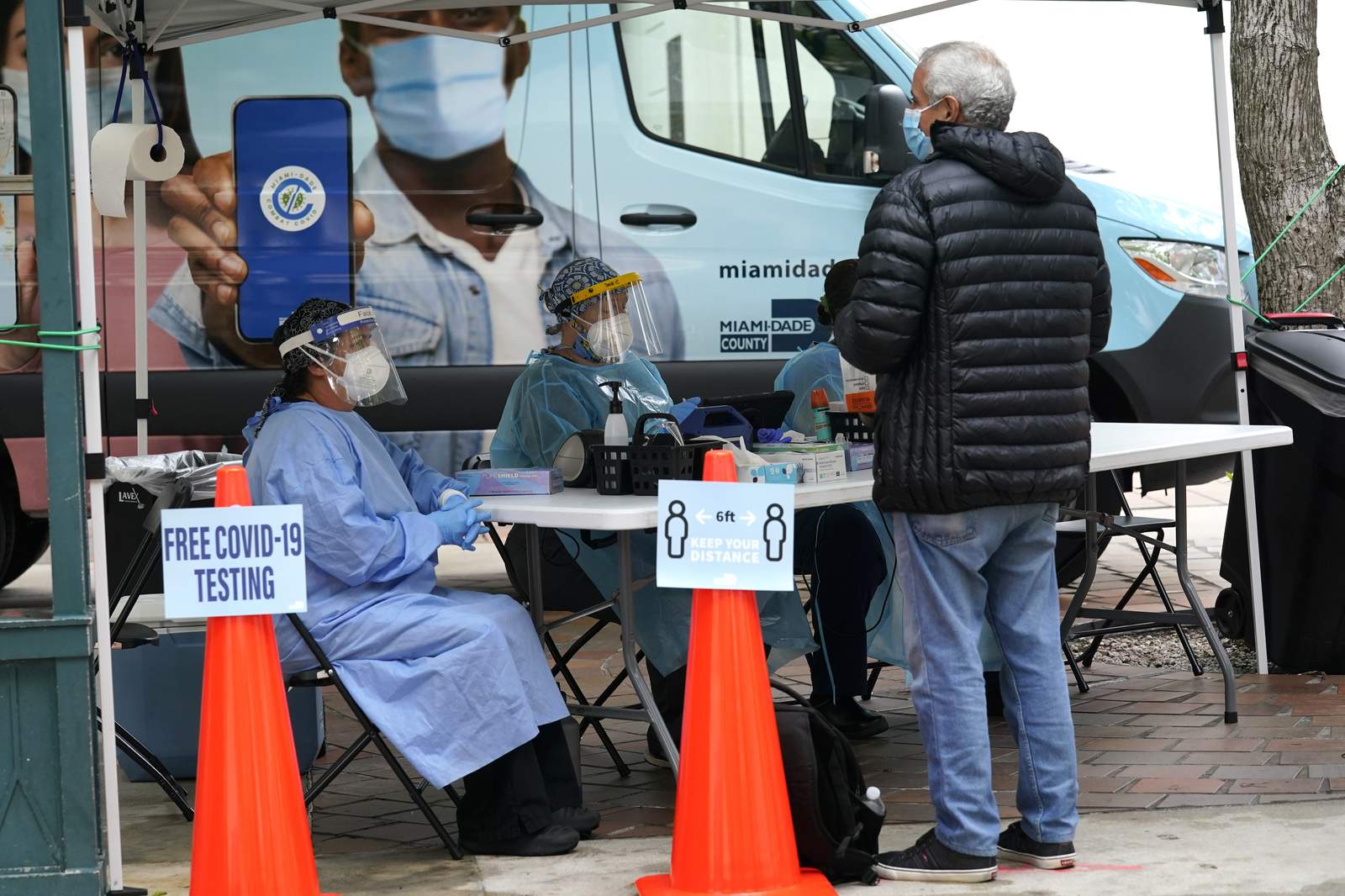 ORLANDO, Fla. – One week until Election Day, cases of the coronavirus are steadily increasing in the Midwest as both President Donald Trump and former Vice President Joe Biden continue the final days of campaigning.

Here in Florida, current hospitalizations tied to the virus have been on an upward trend but the state still has more than 24% of its hospital beds available, according to the state Agency for Health Care Administration dashboard.

The fact that the virus is getting worse in the Midwest does not bode well for states that the Republican president needs the most, at the least opportune time. New infections are raging in Wisconsin and elsewhere in the upper Midwest. In Iowa, polls suggest Trump is in a toss-up race with Biden after carrying the state by 9.4 percentage points four years ago.

[TRENDING: ‘Smell of rotting flesh’ leads to body in trunk | How to celebrate Halloween during pandemic | 98 ‘murder hornets’ removed]

The Centers for Disease Control and Prevention reported Sunday that among U.S. states, Wisconsin had the third highest rate of new cases for the previous seven days. Iowa was 10th.

Meanwhile in Florida, as the Department of Health reported nearly 4,300 new cases on Tuesday state health officials also announced changes to the information that appears on the COVID-19 daily reports and interactive dashboard.

For months since the state launched the virus dashboard tracking testing cases, deaths and hospitalizations in Florida the state’s overall testing number– for people tested since March– has been included in an overall positivity rate. On Tuesday, the DOH said it was “making adjustments to the COVID-19 dashboard and daily report to provide clear, accurate information for Florida families” and no longer including that higher testing count, which was more than 6 million tested as of Monday.

“Moving forward, the daily report will focus on the number of tests reported to the state by day and the corresponding positivity rate by day. The previously reported cumulative number did not reflect the current status of the pandemic in Florida. This change is in line with the CDC recommendation that calculation of percent positivity [is] applied consistently and with clear communication, will allow public health officials to follow magnitude and trends effectively, and the trends will be useful for local public health decision making,” the DOH said in a statement.

The DOH has reported daily positivity rates and testing numbers along with the overall total since the pandemic arrived but now it will only include the daily numbers.

Below is a breakdown of the most recent data provided by the Department of Health.

The Florida Department of Health reported 4,298 new cases on Tuesday, bringing the state’s overall total to 786,311 cases since March.

The Florida Department of Health on Tuesday reported 57 people have recently died from COVID-19. As of Tuesday’s coronavirus report, 16,709 deaths across the state have been related to the coronavirus, a number that includes 204 non-resident deaths in Florida.

The numbers of deaths per day have continued to decline, averaging about 57 a day over the past week, down from a high of 185 in early August.

State health officials have always maintained that virus fatalities are often delayed in being reported to the FDOH, with some deaths not being reported for a month or more. Last week, the state surgeon general announced a deeper investigation into COVID-19 death reporting is underway.

Currently, there are 2,325 people with the virus hospitalized in Florida, according to the state Agency for Health Care Administration, a slight increase by more than 70 patients during the past 24 hours. The past four days the AHCA dashboard has shown increases in current COVID-19 hospitalizations.

That figure reached nearly 10,000 in late July, then declined steadily until late September when it began hovering between 2,000 and 2,200 for several weeks.

The state reported 231 new hospitalizations on Tuesday, meaning the state has seen a total of 48,512 patients admitted to a hospital since March in relation to COVID-19.

The percent of positive results ranged from 4.52% to 5.11% during the past seven days and was 6.31% for tests reported Tuesday.

Nearly six million people have been tested in Florida for the virus.

If you are having trouble viewing the dashboard on mobile, click here.

Below is a Central Florida county-by-county breakdown of COVID-19 for Oct. 27.

To keep up with the latest news on the pandemic, subscribe to News 6′s coronavirus newsletter and go to ClickOrlando.com/coronavirus.