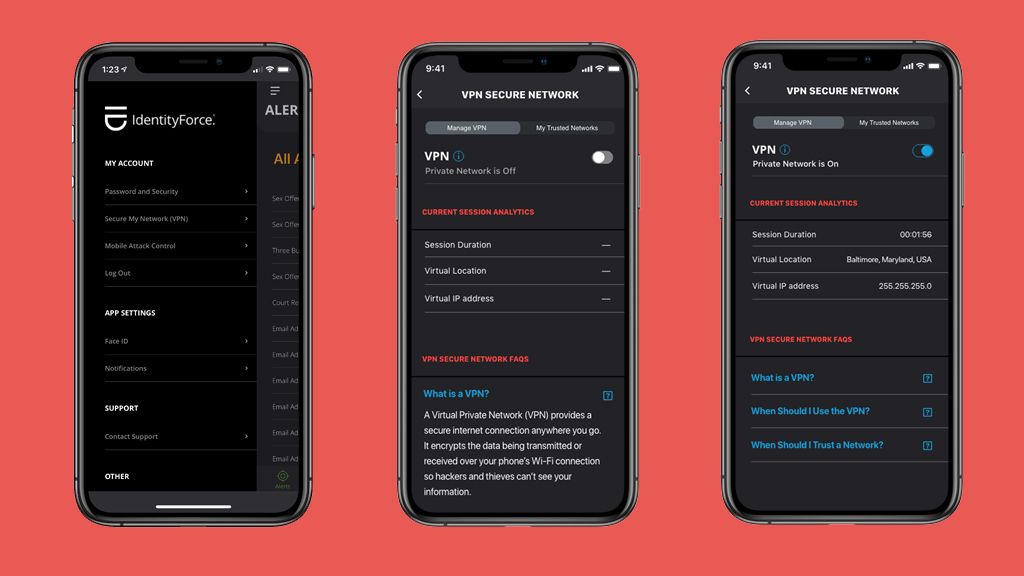 As identity theft and identity fraud have become more common in today’s digital world, many users have turned to Identity Theft Protection services as a means to protect themselves online.

While these services can help prevent your identity from being stolen, they don’t necessarily help protect your privacy which is why IdentityForce has released a new update for its mobile app which gives users access to a VPN.

For those unfamiliar, VPN services are a valuable tool for protecting your privacy online as they allow you to change your IP address to one in a different city or even another country. As a result, your internet service provider (ISP) as well as other third parties and even governments will be unable to keep tabs on your online activity.

By adding a VPN to its mobile app, IdentityForce is providing its users with a secure internet connection wherever they go which can in turn prevent cybercriminals from accessing the data they would need to steal a user’s identity when connected to public Wi-Fi networks in places such as hotels and airports.

IdentityForce customers that have downloaded the the company’s mobile app will now have access to their own VPN as part of their subscription. To get started using the new VPN service, users just need to update their app to the latest version.

To turn on IdentityForce’s new VPN, users need to open the app, select the hamburger menu at the top left and under My Account, they’ll find a menu item which reads “Secure My Network”. Tapping on this option will bring up the company’s Secure My Network (VPN) which can easily be toggled on or off depending on whether or not a user needs to secure their internet connection.

Secure My Network also provides information on the session duration, where the VPN server the service is connecting to is located and a user’s new virtual IP address. To help users learn more about VPNs, what they do and when to use one, Identity Force has also included several FAQs that cover topics such as “What is a VPN?”, “When should I use the VPN?” and “When should I trust a network?”.

TechRadar Pro reached out to IdentityForce and a company spokesperson confirmed that it is working with a VPN provider to offer the new functionality in its mobile app, though they did not say which provider they’re working with. Still, adding a VPN to an Identity Theft Protection app makes a great deal of sense and we’d like to see other companies follow IdentityForce’s example going forward.