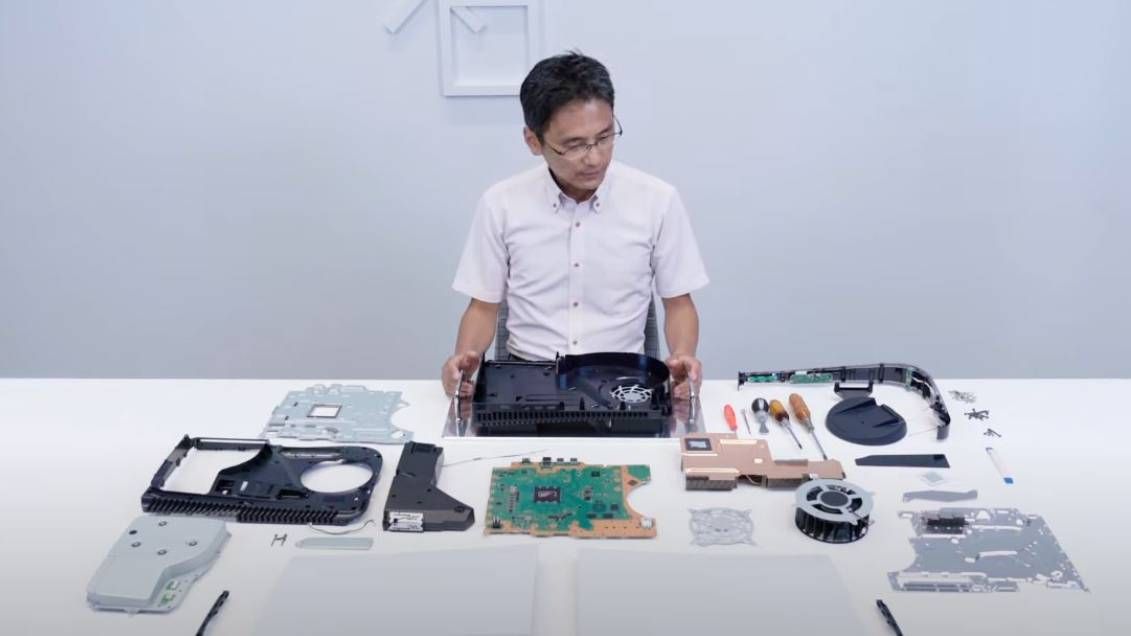 Sony has provided a comprehensive breakdown of the PS5 hardware in a new video published on the PlayStation Blog.

In the in-depth teardown below, we get to see the internal components of the PS5, including the system’s fan, disc drive and motherboard. We wouldn’t recommend disassembling the console yourself, of course, despite how easy Yasuhiro Ootori, part of the hardware design division at Sony, makes it seem.

The video also provides our clearest look yet at just how big the PS5 is in person. From a seated position, the PS5 easily towers above the shoulders of Mr. Ootori. Even though we don’t know his exact height as a point of comparison, it’s patently obvious that this is a gargantuan-sized console (it’s also one of the heaviest consoles of all time).

We’re also treated to what might be the first ever look at the back of the PS5 in the teardown video. Sadly, there’s nothing we wouldn’t already expect. The PS5 has two USB Type-A ports at the back, a HDMI out port, LAN port and a AC IN connector. The usual stuff, then.

The video goes on to show how the stand is removed when you’ve placed the PS5 in a vertical orientation, and how it needs to be attached when placing the console horizontally. It looks fairly straightforward, though you won’t want to misplace any screws.

A bay for an internal NVMe SSD is also revealed once the PS5’s white plastic sides are removed, which suggests storage will be added on top of the internal drive, as opposed to replacing the stock SSD.

Sony has also suggested that the PS5 will be significantly quieter than the PS4, and said they cannot wait for fans to “hear” it for themselves. The suggestion is, then, that you won’t be able to hear the console’s fans at all.

It’s taken five years for Sony to design and develop the PS5, but with November 12 drawing ever closer (November 19 for other territories such as the UK), all the company’s hard work will soon come to fruition. Whether you can get your hands on a PS5 pre-order, though, is another matter entirely.