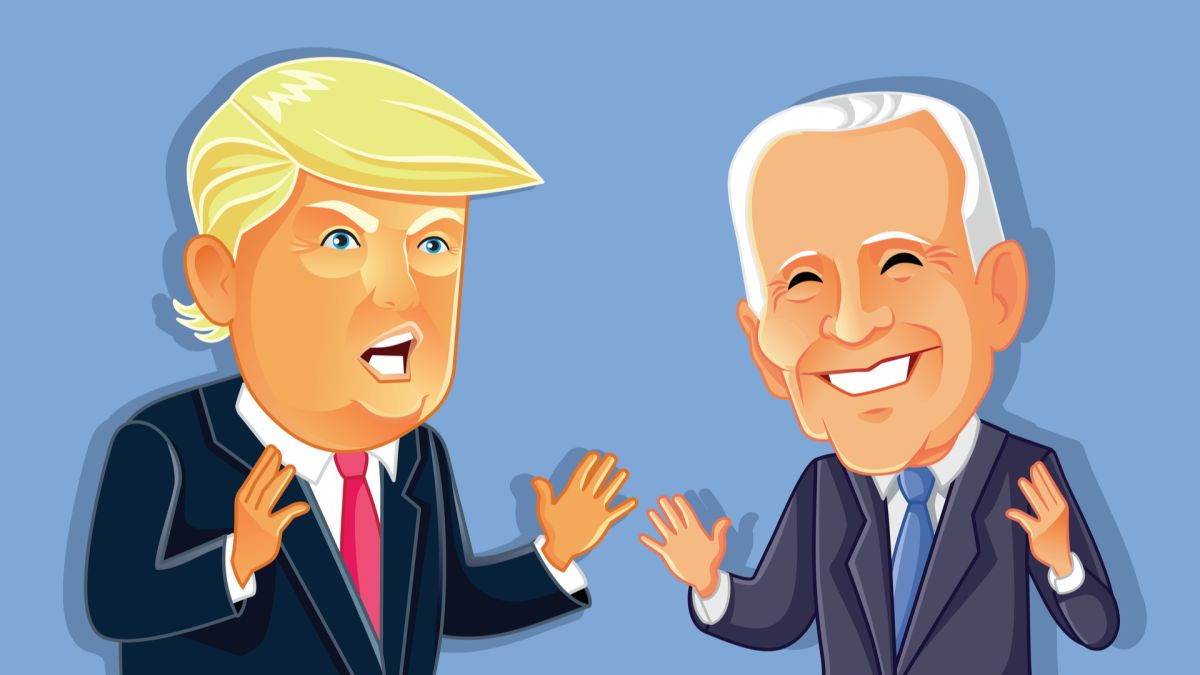 We’re already in the second question of the Presidential Debate 2020 live stream, and it’s already a messy chaotic situation. Did you expect anything less?

We’re here to tell you how to watch the Presidential Debate, which started at 9pm ET / 6pm PT, so there’s still time to tune into the live video.

So how do you watch it? What happened so far? We have all of the live stream links below, plus a re-cap.

You can live stream tonight’s Presidential Debate 2020 without paying for cable, although it’s also available on every major US TV channel. We list all of the options to watch it online. We also detail the start times in your specific area.

It’s Trump vs Biden, and our first chance to watch them spar ahead of the Tuesday, November 3 election in the US. The Presidential Debate moderator is Fox News Sunday host Chris Wallace, but, good news, you’ll be able to watch the debate on almost any major US channel and online for free.

Here’s what you need to know about the first Presidential Debate of 2020.

Tonight’s Presidential Debate 2020 start time is 9pm ET / 6pm PT. It’ll be 90 minutes long with six 15-minute segments and no commercial breaks, meaning it won’t get over until at 10:30pm ET, and most channels will have post-debate analysis. In other words, expect to be up late watching all of the wall-to-wall coverage.

The Presidential Debate 2020 time of 9pm ET seems late if you’re on the East Coast, but that’s so people in the Pacific time zone can drive home to see the debate after work. Anything earlier would deprive the West Coast of the US. Alaska and Hawaii don’t get special considerations, sorry.

Although the debate moderator is the Fox News Sunday host, Chris Wallace, you won’t be limited to Fox or Fox News Channel if you want to watch tonight’s debate. All of the big US channels will have commercial-free coverage, too, and the debate will be captured from the same pool camera.

Better yet, if you can’t access a TV to watch tonight’s Presidential Date, or you’re like us and have gone cable-free, there are ways to watch the live stream online, as we’ll outline below.

If you live in the US and have cable or even an indoor antenna, you’ll be able to watch the first presidential debate on TV as all of the major news networks including ABC, CBS, Fox, NBC, CNN, Fox News, MSNBC and C-Span will show it. The debate will start at 9pm ET / 6pm PT and will run for 90 minutes. If you’d rather stream the debate online, you’re in luck as C-Span will show the full event on its YouTube channel.

The debate itself will be broadcast live as it happens but you’ll also be able to tune in to see each network’s commentary and score once it’s over.

Don’t want to sign up for cable just to watch the debate on TV? Don’t worry as there are now a number of streaming services, all at different price points, that will give you access to all of the channels showing the debate. We’ve listed a few of our favorites below to make things easier for you.

While the first Trump-Biden debate will likely be shown on TV in the UK, Canada, Australia and the rest of the world, watching C-Span’s live stream of the debate on YouTube will probably be the easiest way to watch it. C-Span will show the first presidential debate on YouTube beginning at 9pm ET (6pm PT, 2am BST, 11am AEST) on Tuesday, September 29.
If you’re currently travelling abroad for work or out of the country, watching the first presidential debate will be difficult as many of your viewing options will be geo-blocked.

Thankfully there’s an easy fix that will let you watch the first Presidential Debate online from anywhere. By downloading a VPN, you can watch no matter where you’re currently located. This simple piece of software changes your IP address to one in a different country where the debate is being broadcast, so you can stream it as if you were back home.

President Trump and former VP Biden will be asked questions on a variety of topics including their records, the US Supreme Court, the integrity of the election, Covid-19, race and violence in US cities and the economy.

Keep in mind though that the Presidential Debate topics are subject to change and may not follow this exact order – so expect some breaking news to influence some last-minute questions aimed at the President and his tax record, too.

The first Presidential debate moderator is Chris Wallace, who is the anchor of Fox News Sunday and son of the late legendary journalist Mike Wallace.

Chris Wallace claims to want to be invisible in tonight’s debate, letting the Trump and Biden hash out the topics on stage. Political editor of C-Span Steve Scully will moderate the second debate, while NBC News White House correspondent Kristen Welker will moderate the third debate.

If you’ve watched US presidential debates in past years, there were almost always two or three moderators present to ask a variety of questions (typically based on their speciality as an anchor or reporter). This Presidential Debate, like a lot of 2020, is different: there will be just one moderator at each Presidential Debate to reduce the number of people in the room.