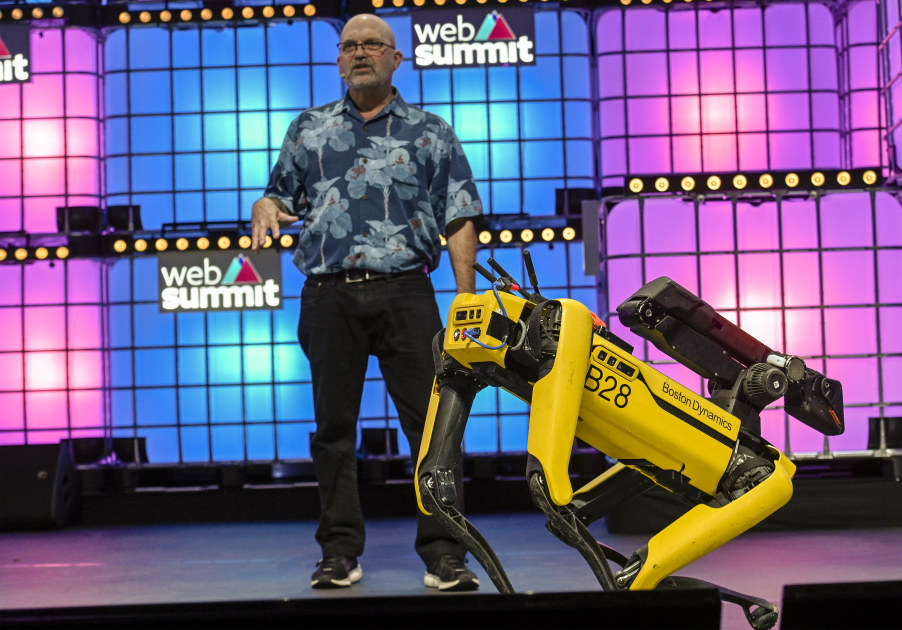 Last week a lot of people got their first taste of an in-the-wild encounter between organic human life and one of Boston Dynamics’ advanced robots. In Northern Ontario, Canada @bloodtear noticed the Spot robot walking down the street and had an encounter that wouldn’t have been odd if it had been with a real dog instead of a robot copy.

everyone yelling telling me he is not cute and will destroy us all. um thats ur opinion!!!! i for one welcome our robot dog overlords. kings!!!!!

After their brief interaction flashed across social media and made a few headlines, Boston Dynamics issued a statement about the interaction. According to the company, the robot was on an “evening stroll” with a handler who was “conducting routine mobility tests,” and Nathan explained in other tweets that the operator was following behind with a remote control We’re still waiting to see more real-world applications for the company’s various robotic ventures, but now that they’re on sale, you can expect to see more people bumping into these devices going forward.