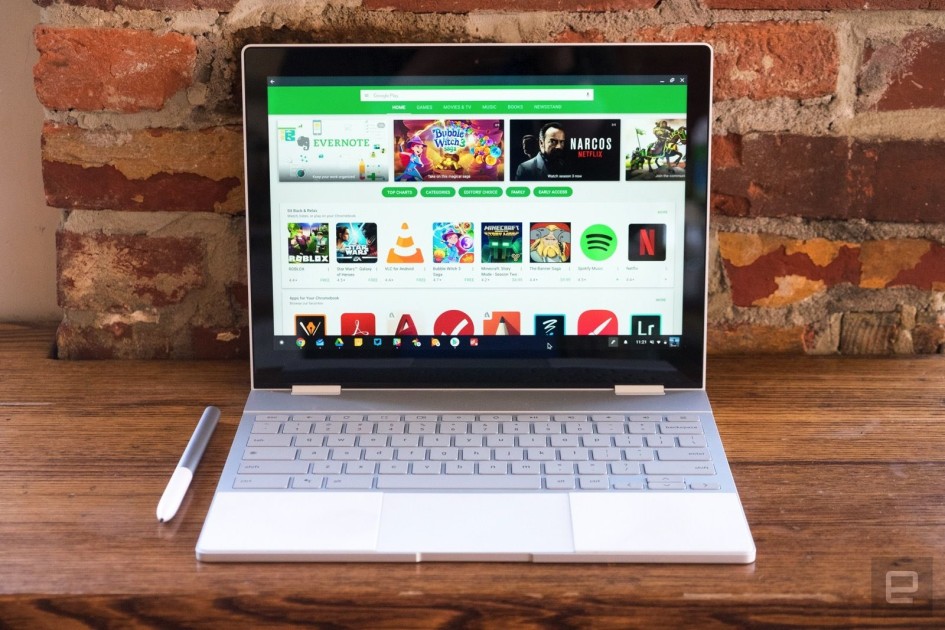 It wouldn’t be surprising if Google dropped the system from its lineup. The Pixelbook first launched in 2017. While it should still get OS updates for another few years, it’s clearly behind the technological curve. We wouldn’t count on a replacement at Google’s September 30th event (that’s focused on the Pixel 5 and smart home devices like an Android dongle), mind you. Although that’s a possibility, the company could just as easily use the event as an opportunity to narrow the focus of its Chromebook range.

Still, it’s easy to see some lamenting this loss. The Pixelbook was expensive with a $999 starting price, but it also delivered a high-end, speedy two-in-one design that hasn’t been matched since in Google’s offerings. The Pixel Slate’s detachable tablet design never really took off, and the Pixelbook Go is aimed at more cost-conscious (though still relatively upscale) users. Enthusiasts will lose a major option if the Pixelbook goes away.

Update 9/20 4:35PM ET: Google confirmed to Engadget that the Pixelbook was “out of stock” and instead pointed buyers to the Pixelbook Go, which offers “similar high-performance elements in a familiar form factor.” Don’t expect the original Pixelbook to come back, then.