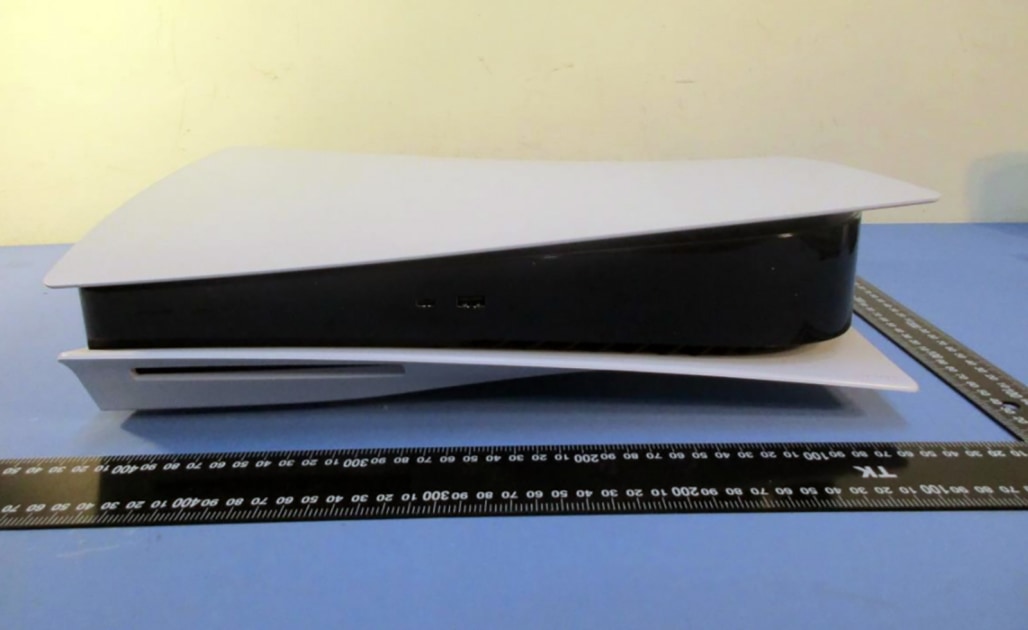 Sony’s PlayStation 5 hasn’t really appeared in live photos, making it difficult to gauge the size of the console. However, the game console has finally made a real-world appearance in a filing at Taiwan’s NCC (via The Verge) — and it’s clear the PS5 isn’t meant for small cabinets. While Sony hasn’t been shy about mentioning the PS5’s 15.4-inch length (or height), 10.2-inch depth and 4.1-inch thickness, the NCC’s photos put those dimensions into context. You’ll have to make room for this beast, whether you’re buying the Digital Edition or the disc-based model.

As we pointed out in our specs comparison, this should be the largest console to date. It’s much larger overall than the Xbox Series X (if not as thick), and still bigger than legendary behemoths like the original PlayStation 3, the first Xbox, and the Xbox One. Sony also hasn’t included the stand or the “largest projection” of the PS5’s body into its figures.