Dune Is a Hard Book to Adapt 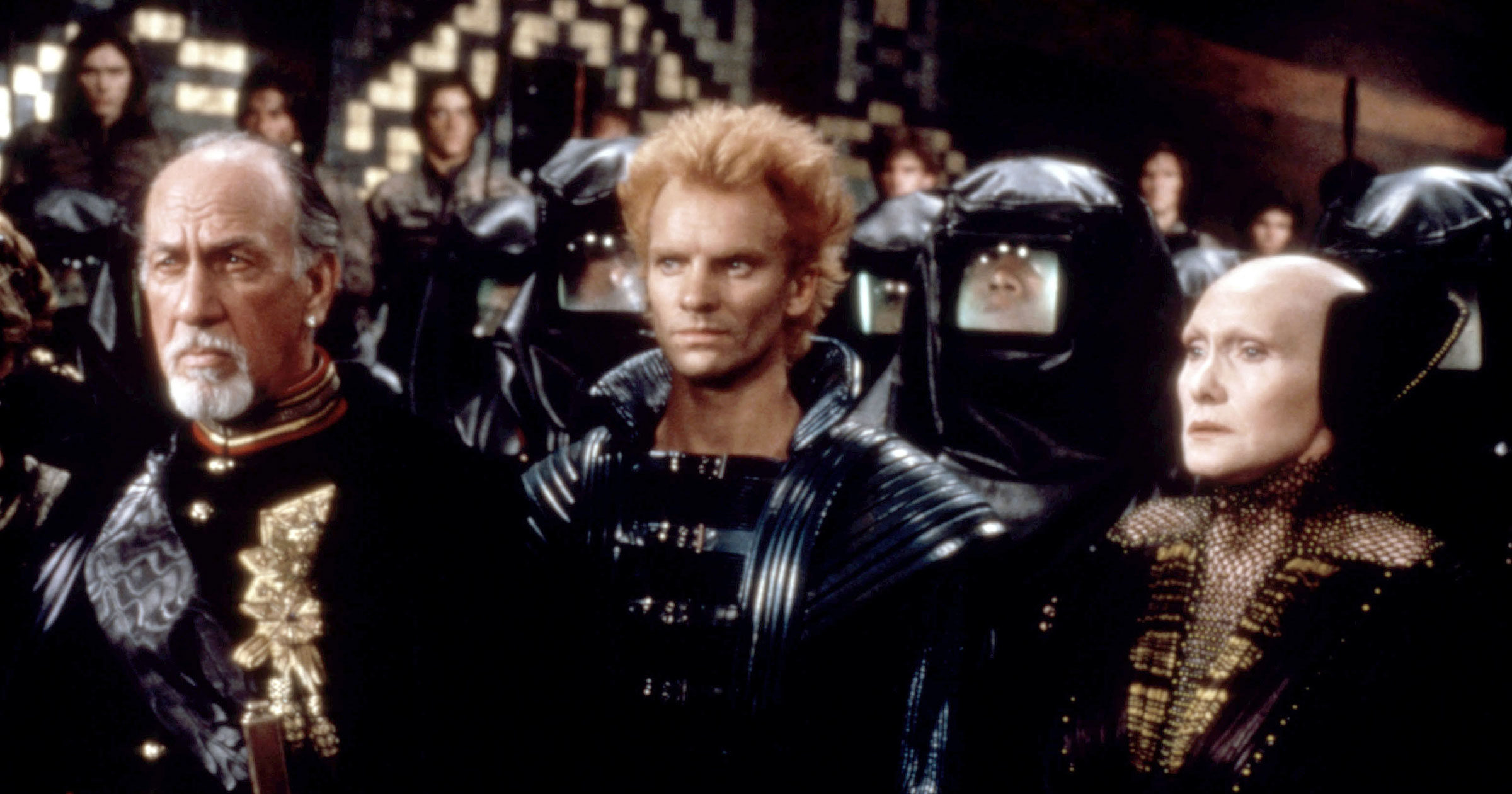 Expectations for the new Dune movie from director Denis Villeneuve are sky-high after the release of a promising first trailer earlier this month. But anyone who’s seen the David Lynch version from 1984 knows that Dune is a hard book to adapt. Science fiction author Rajan Khanna notes that the Lynch film struggles to balance storytelling with exposition.

“In the beginning, everything’s repeated five times,” Khanna says in Episode 432 of the Geek’s Guide to the Galaxy podcast. “In the beginning you get hit with this stuff so many times, and you’re like, ‘OK. I get it. Just move on with the story.’ And then the last part of the movie speeds along, and stuff is barely explained at all.”

The biggest problem with the Lynch film is that it tries to cram a nearly 700-page story into just two hours. Geek’s Guide to the Galaxy host David Barr Kirtley is hopeful that the new version, which covers only the first half of the book, will fare better.

“I just don’t believe that you could make any kind of decent two-hour long Dune movie,” he says. “The best hope would be to dramatically simplify the story and cut out half the characters. But the thing is, at its core Dune has such a familiar, archetypal story that if you simplify it, you’re like, ‘Oh, this is just like every other science fiction movie I’ve ever seen.’ It’s the details that make it special, that make it stand out.”

TV writer Andrea Kail hopes the new movie will explore the dark side of its protagonist, Paul Atreides, something the Lynch film emphatically failed to do. “Watching it again was very disappointing, because I watched it now for the first time after having read the book and remembering exactly who Paul was,” Kail says. “So it was painful, actually, to watch it this time and go, ‘Oh yeah, they really botched the hell out of this one.’”

Despite all that, the Lynch movie does have a few nice touches which will hopefully influence the upcoming film. Science fiction author Matthew Kressel admires Dune‘s sets and costumes, as well as its talented cast. “The film is worth it just to see Patrick Stewart charging into battle with a pug in his arms,” he says.

Listen to the complete interview with Rajan Khanna, Andrea Kail, and Matthew Kressel in Episode 432 of Geek’s Guide to the Galaxy (above). And check out some highlights from the discussion below.

“The internal monologue is all in whispers, and I just found the effect of that really off-putting. It just feels weird. It felt like it really interrupted the flow. I watched it with my partner, Elisabeth. She hasn’t read the book or seen the movie before, and from the beginning she just bounced off of it hard, because of all the exposition. And actually, because the film has mental abilities, at one point she was like, ‘Oh, is the whispering them communicating with each other telepathically?’ Because their mouths aren’t moving but they’re making these noises. And I thought, ‘Oh, I might think that if I didn’t know anything about Dune and I saw this.’”

“[Jodorowsky] basically put all of his ideas that he didn’t get to put in Dune into The Incal and The Metabarons, which are graphic novels, and they are exactly as batshit crazy as it sounds. From a standard narrative storytelling standpoint, there’s no way this would ever fly in a movie, because characters get out of trouble like, ‘Let’s just open a hole in the fabric of the universe,’ and then just do it, and then they end up in a completely different part of the universe, and the story would completely change. I can’t even describe it. If you haven’t read The Incal, give it a chance. Because it keeps building on itself. If you haven’t read it, I absolutely recommend going out and reading them all.”

David Barr Kirtley on the Dune book vs. the Dune movie:

“In the Lynch theatrical cut I thought it actually worked really well with [Irulan’s] narration right at the beginning, where she talks about the space navigators and so on, because so much of that stuff is either not in the book or doesn’t get mentioned until three-quarters of the way through the book. The basic setup of ‘the spice is valuable because it allows you to travel through hyperspace, you can only get it on Arrakis,’ a lot of that stuff is not very clearly explained at all, so it’s nice to have it all just laid out for you in the first two minutes of the movie. … I felt like I had a better idea of what was going on in this universe two minutes into this movie than I did 250 pages into the book.”

“People like to be told what to do. Freedom of thought, freedom of choice, freedom itself—it’s a responsibility that a lot of people just don’t want. People want messiahs, people want a God, people want a Big Brother, people want somebody to tell them, ‘It’s going to be OK. Here’s what you do and everything will be fine.’ They want a savior, and they also want somebody to blame when things go wrong, or to say, ‘Well, that’s just what it’s supposed to be.’ It’s a way of not taking responsibility. … [Herbert] was busting that myth of the messiah, saying, ‘Your messiah, there’s a dark side to that too, and you shouldn’t rely on them.’ And I think that’s hard for people to accept.”