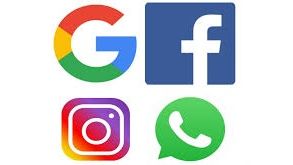 India’s telecom watchdog Telecom Regulatory Authority of India (TRAI) has decided not to clamp down any regulation on privacy and security of OTT  (Over-the-Top) communication  services at the moment.

In its recommendations, TRAI opined that it is “not an opportune moment to recommend a comprehensive regulatory framework for various aspects of services referred to as OTT services, beyond the extant laws and regulations prescribed presently.”

TRAI noted market forces should be allowed to respond to the situation.

“It may be looked into afresh when more clarity emerges in international jurisdictions particularly the study undertaken by ITU,” TRAI said.

TRAI has found that no country has done anything to regulate communication apps.

In arriving at these recommendations, TRAI issued a Consultation Paper in November 2018 and raised various issues like Similarity and Substitutability of TSP and OTT services, Regulatory Imbalance and Non-Level playing field between TSPs and OTT service providers, Economic aspects, Interoperability, Lawful Interception of OTT services and Access of emergency services from OTT  for comments and counter comments from stakeholders.

Two open house discussions were held one at Bangalore and Delhi last year, where stakeholders participated and deliberated on the issues.

OTT communication players like Facebook, WhatsApp, Google, Viber, Telegram can heave a sigh of relief at TRAI’s recommendation for now. These communication apps have been warding off telcos’ attempts to get them slotted under some regulatory ambit.

Phone companies seek parity with OTT apps, saying they were free network riders that eroded their revenue by offering similar services via video calls or instant messaging for free without having to pay levies such as licence fees.

On the other hand, app companies are against regulations, saying they are already governed under the IT Act and any move to curtail them would stifle innovation.

The TRAI ruling, even if it is for the time being, has not gone down well with the telcos.

Telcom operators are upset that while they have to adhere to a strict regulatory and licensing framework, the same does not apply to OTT players

Speaking to the Economic Times, Lt Gen Dr S P Kochar, director general of Cellular Operators Association of India (COAI), which represents Reliance Jio, Bharti Airtel and Vodafone Idea, said “none of the issues that TRAI’s consultation paper had posed two years ago, including similarity & substitutability of TSPs and OTT communication services, regulatory imbalance and non-level playing field between telcos and OTT players, had been addressed by the regulator in the current recommendations”.